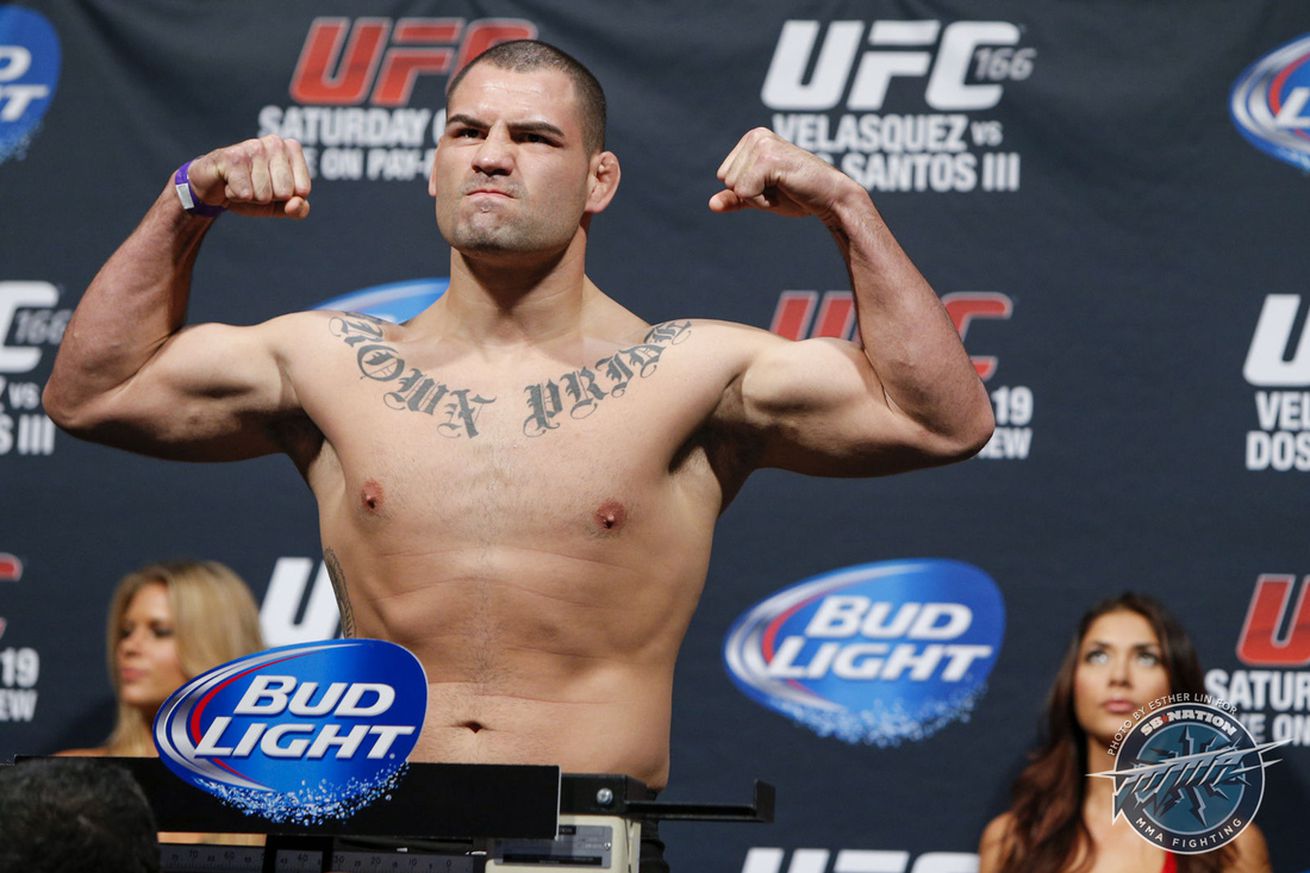 Former Ultimate fighting Championship (UFC) Heavyweight champion Cain Velasquez recently underwent surgery to correct lingering back issues for the second time this year, and is now back at home resting.

“He had successful surgery on Wednesday. It was a minor surgery so he was walking right away. Only thing he has to do is wait until the incision heals before he can start working out. (It’ll take) about one month or less for the cut to heal.”

Cain was all set to take on Fabrico Werdum at UFC 207 on Dec. 30, 2016 in Las Vegas, Nevada, however, Nevada State athletic Commission (NSAC) denied Velasquez a license to compete after they deemed him “medically unfit to compete.”

Velasquez revealed weeks prior to the scheduled matchup that he already had a surgery date in place for after the bout and revealed that he had turned to CBD oil to help ease the pain since he couldn’t comfortably stand for more than 10 minutes at a time.

Despite Cain and his doctors pleas to stay on the card, the much-anticipated rematch vs. “Vai Cavalo” went up in smoke as the revelations prompted NSAC to dig deeper and ultimately deny Cain the privilege to fight at the year-end event, which featured the highly-anticipated return of Ronda Rosuey facing women’s bantamweight champion, Amanda Nunes.

No timetable for Cain’s return to action has been determined, though it seems Werdum has apparently moved on.