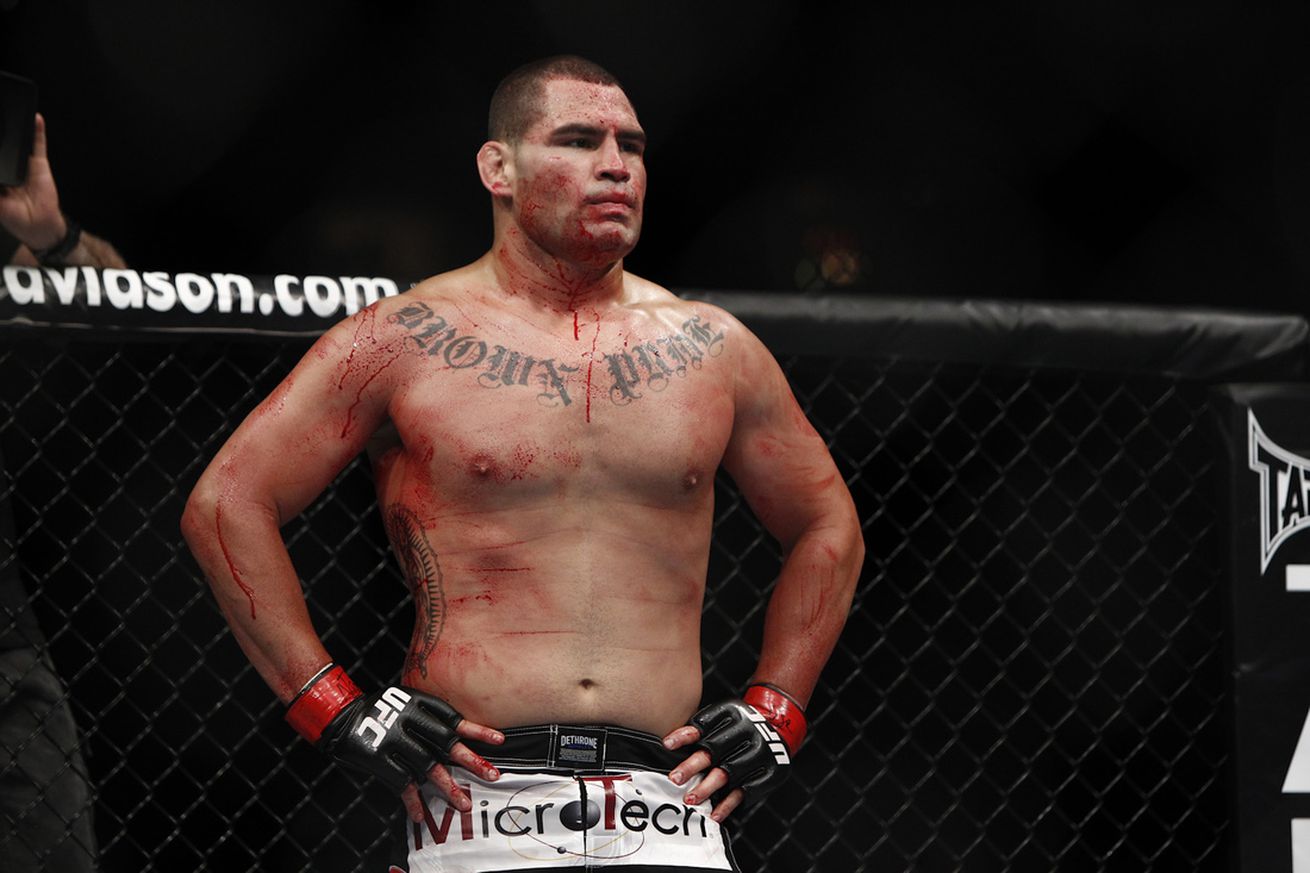 Forced out of UFC 196 with a back injury, former heavyweight champion Cain Velasquez underwent surgery on Monday, and called it a “complete success”.

The American Kickboxing Academy product, who pulled out of a rematch with Fabricio Werdum for the UFC belt on Feb. 6 due to the injury, released a statement about the surgery on his Facebook page on Thursday, expecting to be able to train at 100 percent in March.

I wanted to update you all on how my injury has been progressing.

First off, I want to thank you all for your amazing support. Your messages and your support have really helped me and my family through a tough time.

I had orthoscopic surgery on Monday morning to remove some bone spurs that were pinching my sciatic nerve. The surgery was a complete success and I can’t tell you how well I’m feeling already.

My doctors have recommended I take it easy for now but can begin light training in about two weeks. They also think I’ll be able to train at 100% in about four to five weeks. I’ll follow their orders but I can’t wait to get back in there.

I’ll keep updating everyone right here and on Twitter.

Werdum also pulled out of the event due to injuries, and the UFC has yet to announce if “Vai Cavalo” will still rematch Velasquez, or if he’s facing Stipe Miocic or someone else, for the heavyweight crown next.