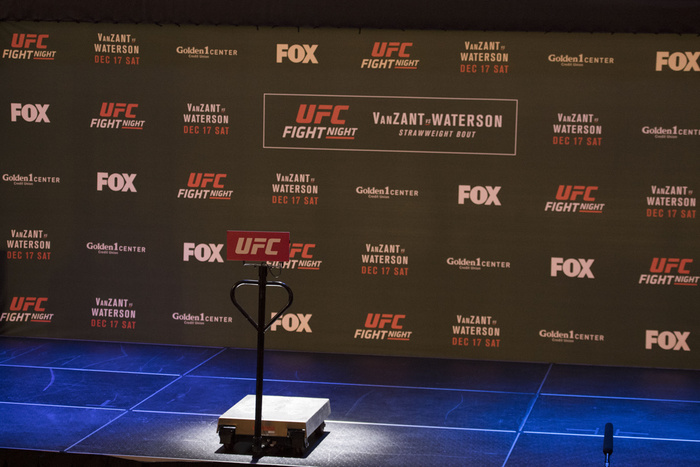 Much of the civilized world must look at mixed martial arts and see nothing but madness and absurdity: two all-but-naked brutes beating each other senseless in a cage for the enjoyment of a mob and calling it a sport—what madness! But those of us who love MMA, who understand its subtleties and marvel at its artistry, know there’s only one real absurdity in MMA, and that’s the weight-cut. After all, what could be more ridiculous than a professional athlete draining all the fluids out of his or her body 24 hours before getting into a cage to risk life and limb against another professional athlete who’s been doing the exact same thing? What could be more absurd than destroying your body for an advantage that doesn’t exist?

Which is why doctors and nutritionists and athletic commissions and MMA promotions have been racking their brains over the past year to find a solution to the weight-cutting problem that honors the traditions of the sport (however ridiculous those traditions might be) while deterring fighters from risking their lives by fighting in a state of severe dehydration, which can lead to renal failure, heart attacks, and increased risk for brain injury. Cage-fighting is dangerous and morally suspect enough without our community risking another Yang Jian Bing, who died of a dehydration-induced heart attack after collapsing before a weigh-in in 2015, or Leandro Souza, who died after trying to lose 20% of his body mass in 2013. Or even, for that matter, another Khabib Nurmagomedov, the UFC superstar who, two weeks ago, spent a day in the hospital while trying (and failing) to make weight for his lightweight title fight at UFC 209.

To combat the problem commissions and promotions have experimented with numerous solutions, the most significant of which has been the UFC’s adoption of an early weigh-in policy last June, making fighters weigh in the morning of the day before the event, rather than the evening, giving fighters more time to recover before stepping into the Octagon. The UFC based that policy on the one adopted six months earlier by the California State Athletic Commission.

Yesterday the CSAC once again threw down the gauntlet on the issue of severe weight-cutting, with Executive Officer Andy Foster announcing at a commission meeting that the group will be upping the financial punishment for fighters who fail to make weight. Currently the CSAC fines fighters 20% of their show money for missing weight, with half of that money going to their opponent and half to the commission. Under the newly adopted policy, fighters who miss weight will lose 20% of their win bonuses as well, with all of that money going to their opponents. Foster said he hopes the new policy encourages fighters to find better, safer, more effective ways of cutting weight, pointing out that the current fine has clearly not proven itself “enough deterrent.” The commission also discussed the possibility of upping the 20% fine on show money.

All of which strikes me as a bit odd. After all, when underpaid fighters are already killing themselves to make weight is it really the best idea to make the financial punishment for failing to make weight even bigger? With such a punitive policy don’t you run the risk of forcing fighters to choose between their health and their economic stability? Most fighters can’t afford to lose a percentage of their earnings (except, of course, the fighters who are wealthy enough to pay the salaries of nutritionists and dieticians who will keep them from running the risk of missing weight, and therefore losing their fight purses, in the first place), and so they will likely take more risks with their health, rather than fewer, to ensure they make weight.

I could be wrong, of course. The threat of financial ruin could be just the motivation a fighter needs to do a sober re-evaluation of his weight-cutting techniques and their effect on his short- and long-term physical well-being—of his whole approach to life!—leading to a new enlightened age of health and personal responsibility in MMA. We’ll call this the “Republican Rep. Jason Chaffetz Choose Your Health Care or Your iPhone” hope, or perhaps the “Paul Ryan TrumpCare Return of American Self-Reliance” delusion. But would you really be surprised if such a threat led to more fighters throwing caution to the wind, trusting all manner of questionable methods and risking all kinds of trauma for the sake of a bigger paycheck? And could you blame them if they did?