Home MMA News Can anyone top Lawler vs. MacDonald? Carlos Condit will give it his best shot at UFC 195
ShareTweet 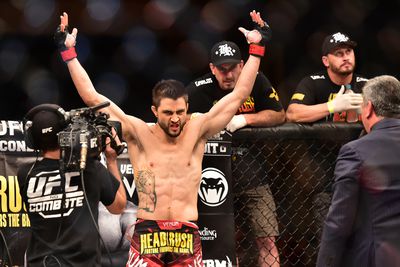 Can any mixed martial arts (MMA) fighter top the five-round bloodbath that was Robbie Lawler vs. Rory MacDonald at UFC 189 back in July?

Carlos Condit is going to give it his best shot when he collides with the aforementioned Lawler at the upcoming UFC 195 pay-per-view (PPV) event, which takes place on Sat., Jan. 2, 2016, inside MGM Grand Garden Arena in Las Vegas, Nevada.

From his conversation with Albuquerque Journal:

“Robbie and I are both strikers. We both go for broke, look to finish competitors. That’s going to make for a fight that I’m hoping is legendary. That’s the kind of fight I want to be in. I want to be in fights that people will remember for the rest of their lives. As a competitor, I was impressed [by Lawler vs. MacDonald]. I thought those guys put on a hell of a fight, skill-wise, but even more than that, just their toughness, their resiliency, their will to just get in there and not quit no matter what – it was inspiring.”

It was also “Fight of the Night.”

Condit (30-8) — who once held the interim strap in the absence of Georges St. Pierre — returned ….View original article