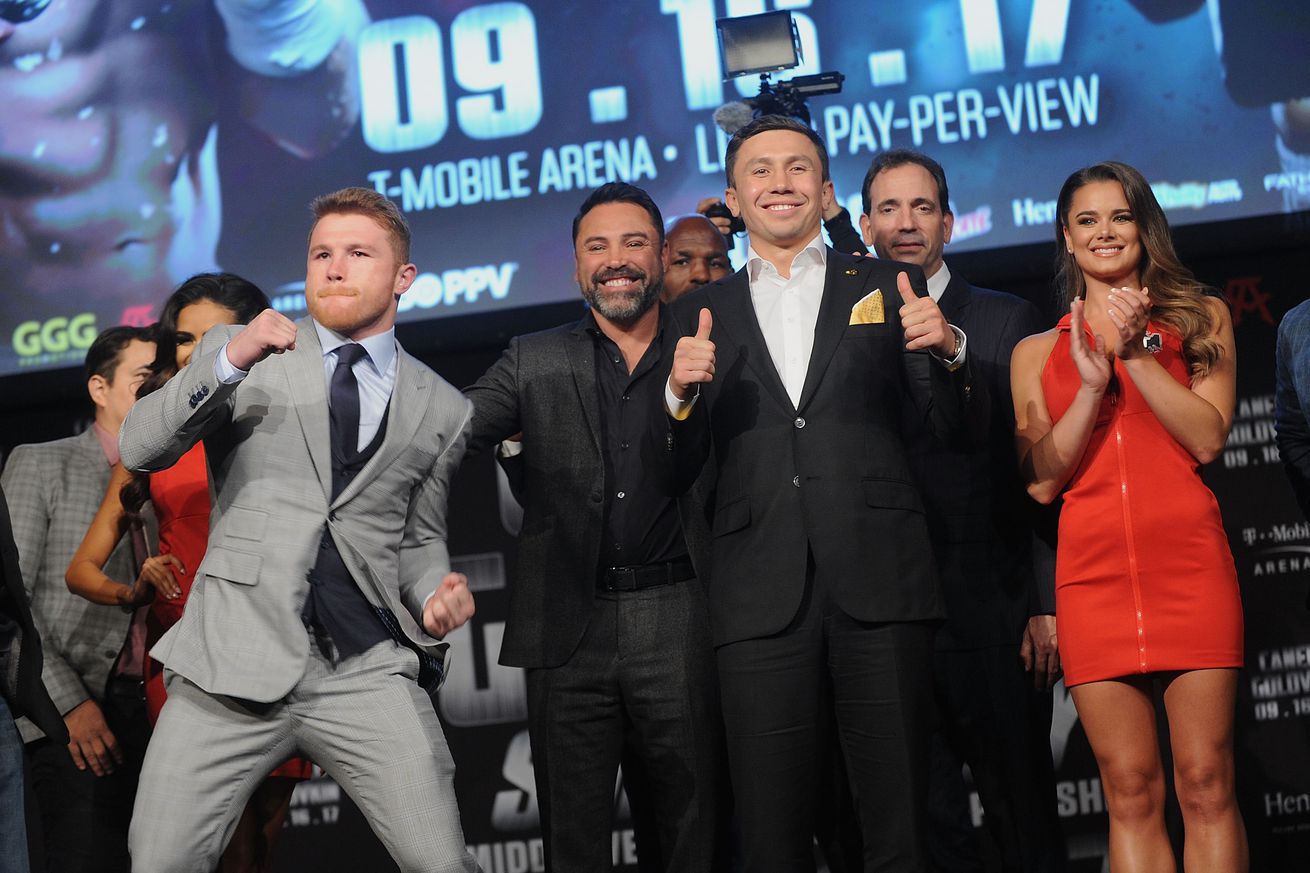 Ultimate Fighting Championship (UFC) lightweight champion Conor McGregor is going to box Floyd Mayweather Jr. this August in Las Vegas, Nevada (details), which has some critics (like this one) crying foul.

Saul Alvarez isn’t one of them.

That’s because “Canelo” is convinced that fans of the “sweet science” are going to save their hard-earned dollars and wait for his September showdown against boxing superstar Gennady Golovkin.

“I don’t really have a comment about that fight, but I will say this: I think the fans will speak. They’ll know what to do,” Alvarez told FOX Sports. “They’ll know the difference between a sideshow and a real fight and then they’ll decide what they want to do.”

Even UFC President Dana White is going to that one.

The combat sports community has been split over the Mayweather vs. McGregor bout, which is essentially a payday for both combatants and not a legitimate test of skill. “Money” is widely considered one of the greatest pugilists of all time, while “Notorious” has never boxed professionally in his entire life.

Now, about that undercard…