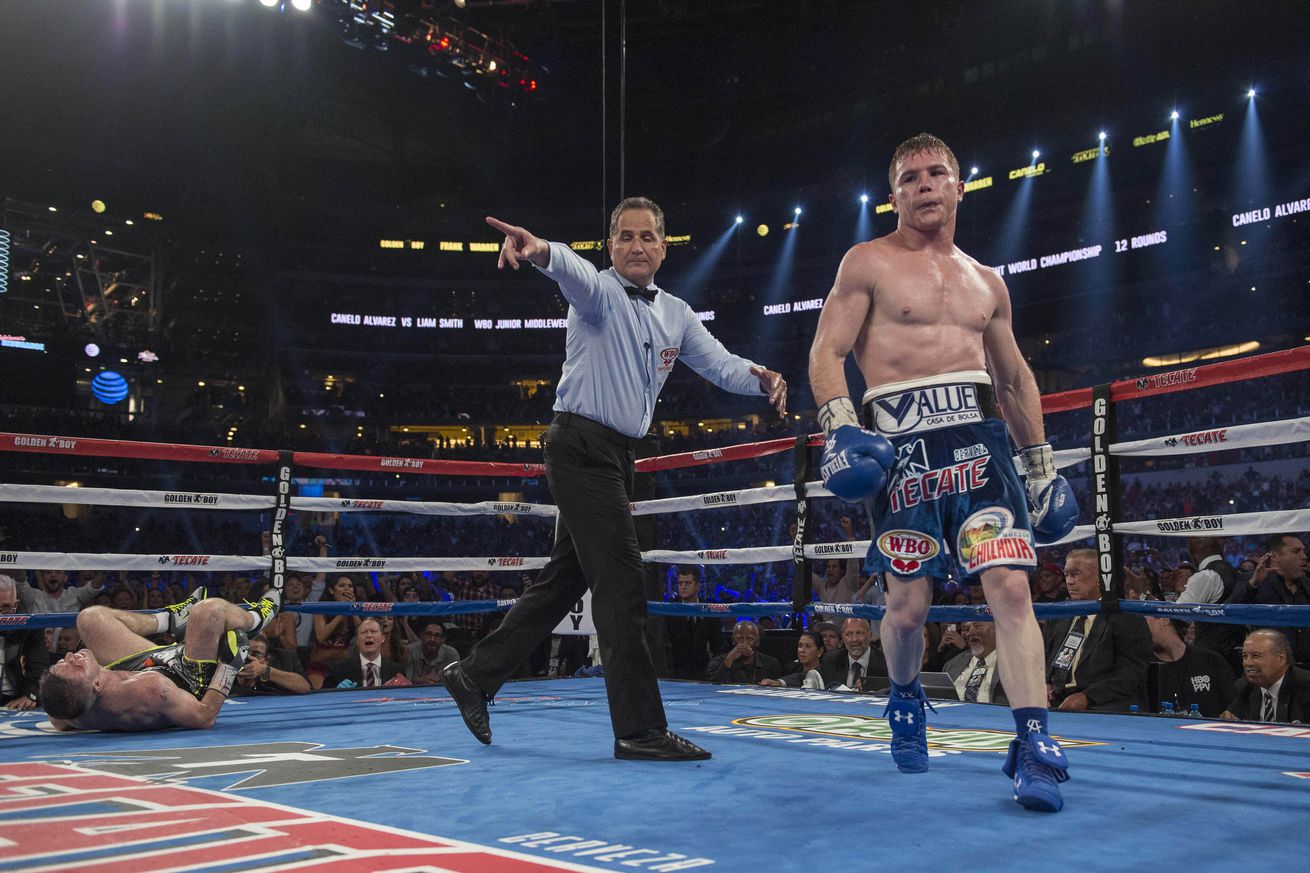 Alvarez (48-1-1, 34 KO) received some flak from the boxing public for vacating his Middleweight belt in an effort to avoid Gennady Golovkin, but did as well as could be expected against the very game Smith (23-1-1, 13 KO). As “Beefy” came on strong in the middle rounds, Alvarez sent him to the canvas with a three-piece combination in the seventh round, followed that up with a body shot knockdown in the eighth, polishing him off with another vicious liver shot in the ninth.

Alvarez has been trading smack talk with Golovkin for quite some time and is apparently set to face him in the fall of next year. In the meantime, Willie Monroe Jr. looks like his next foe — the American defeated Gabrial Rosado by unanimous decision in the co-main event last night.