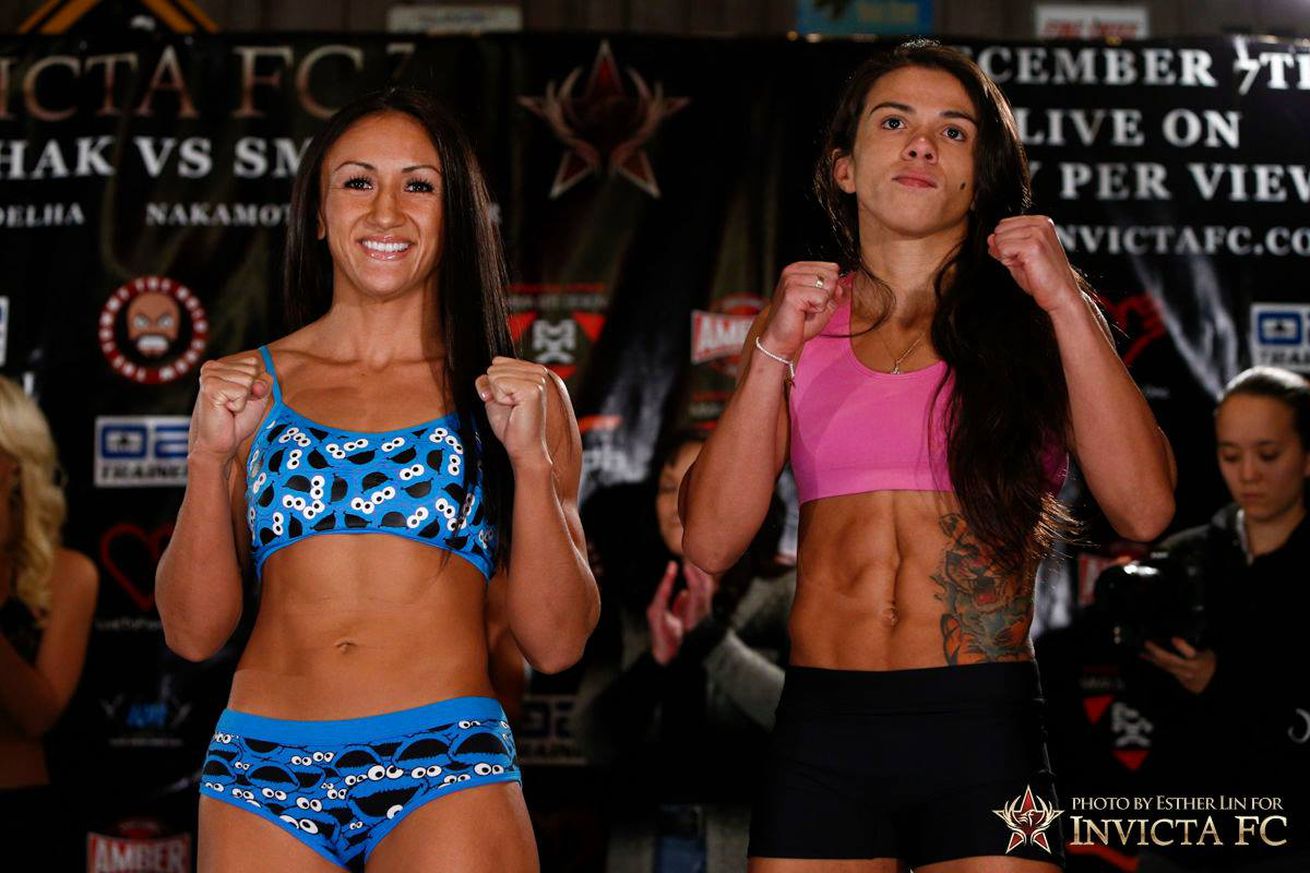 The pair of strawweights, who were scheduled to face each other a couple of times in the past, have no fight booked in the UFC at the moment, but it appears that, according to Gadelha, Esparza recently turned down a bout against the Brazilian.

Esparza was forced to sell the motorcycle she won after becoming the first UFC strawweight champion after filming The Ultimate Fighter so she can pay her bills, and “Claudinha” attacked her on Instagram.

What a weak fighter Carla is. She doesn’t want to fight the best, she makes excuses so she can get an easy fight.

I want to be the best. For my last fight, I asked to fight the best in the division. Unfortunately she don’t feel in the same way. Carla and other names in the division turned down the fight. I was left with no other option than Cortney. I took that fight with the promise that if I won, I would fight Carla. Now she is still refusing to fight me.

You want money little girl? Step in the octagon and fight. I have the cars I want, 2 houses and money in the bank at 27 years old. You know why? Because I accept challenges. I fought twice in the last 6 months and I didn’t choose none of my fights and I will never choose. I lost my fight for the title with pride and I was not waiting for a easy fight to get back in the win column. I was out for a year before fight for the title and you are talking about 8 months out? The first thing I said when I talked to the matchmakers was: Please give me somebody on the top 5!! You can find excuses and run but you won’t disappear, I will see you soon.

It didn’t take long for Esparza to respond, though. On her Facebook page, the former UFC champion criticized Gadelha for pulling out both times when they were scheduled to fight at Invicta FC.

If I remember correctly, I showed up, weighed in, and stepped in the cage to fight you Claudia Gadelha TWO times. And YOU did not show up!!!

The second time because you cut so much freaking weight that you went to the hospital.

I also showed up on TUF 20 expecting to fight you (that makes it 3x), and again, YOU did not show up. Why?? Because you were too heavy to make the weight!!! Sorry if I walk around at 125lbs, and you get up to 155lbs. Too scared to fight people your own size??

I’ve proven time after time I will show up to fight you, but just because you scream and cry like a little brat, does not mean you will bully me into your way. Trust me, the fight will happen. I wasn’t scared to fight you then, I’m not scared to now.

I haven’t had a full camp in 2 years, so I think it’s fair to ask for that. When I take this fight, I want to be at my best. I’m going in there to win. Cookie Monster out, drops the mic

Gadelha (14-2) recently bounced back from a second loss to UFC champion Joanna Jedrzejczyk with a unanimous decision victory over Courtney Casey. In her first fight since losing the belt, Esparza (11-3) beat Juliana Lima via decision after a 13-month layoff.