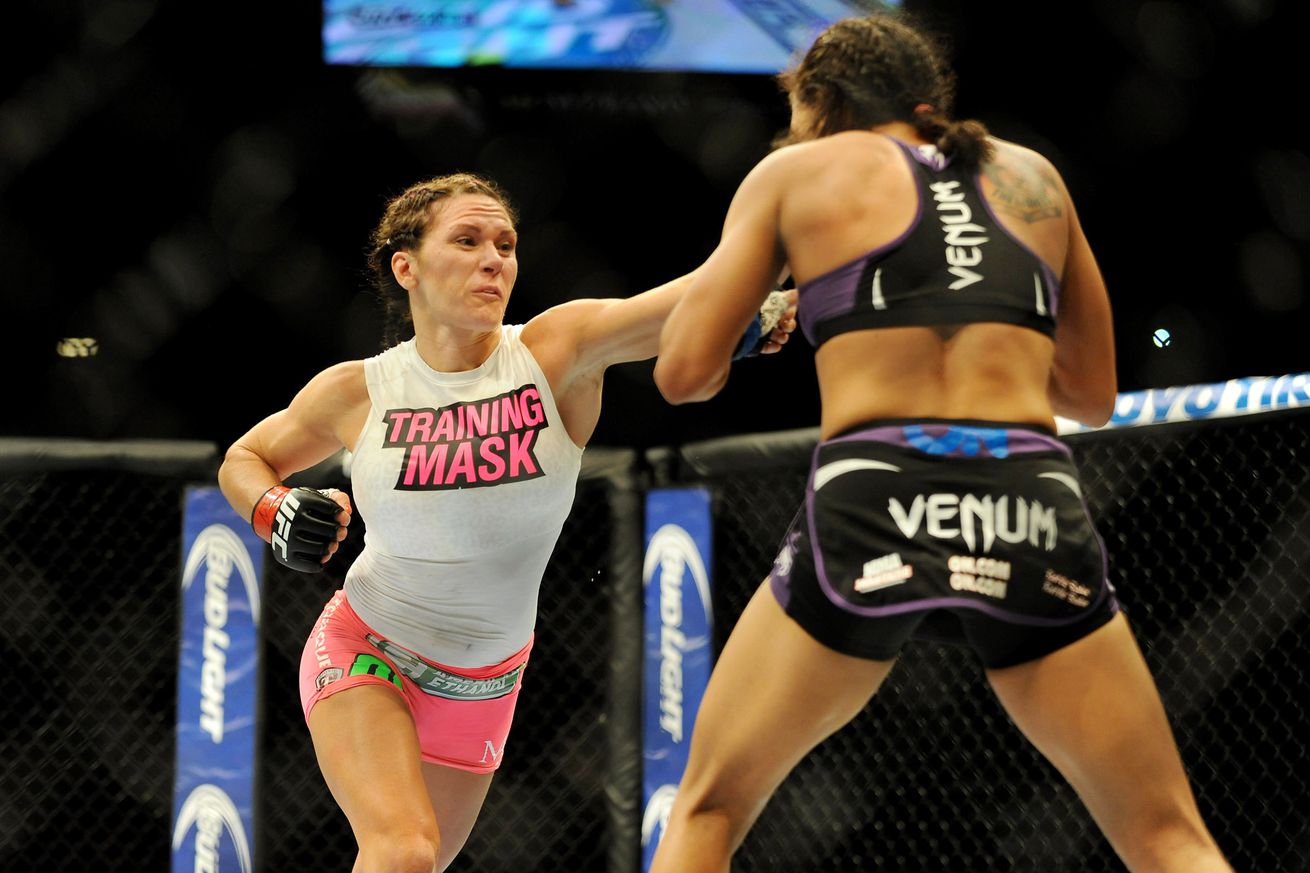 While No. 3-ranked UFC women’s bantamweight contender Cat Zingano has been out of the mixed martial arts (MMA) spotlight over the last 13 months, “Alpha” has seen some of the most iconic bouts in the division’s history transpire.

Zingano took a hiatus after she was trounced by Ronda Rousey at UFC 184 last February and boy have things changed.

Miesha Tate, who the Colorado-based fighter defeated via third-round TKO in 2013, became the 135-pound champion after stunning Holly Holm, who took the title from “Rowdy,” via rear-naked choke earlier this month.

It’s quite the crazy love triangle and Zingano recently pleaded her case for a title shot against “Cupcake.” However, it looks like that bout will not come to fruition.

Matchmakers have different ideas for her, so she tells Inside MMA:

Zingano told Inside MMA correspondent Ron Kruck that the promotion is targeting a late June, or early July, card to host her return.

Could it be against “The Venezuelan Vixen?” That remains to be seen.

When she does return, the Blackhouse MMA representative does so in a suddenly stacked bantamweight division. Julianna Pena and Amanda Nunes are just two names of combatants, who are steadily rising into title-shot territory.

Now that Zingano (9-1), who owns victories over Tate and “The Lioness,” has a confirmed date for her re-arrival, she can go back to scoring incredible finishes.

The timing she gives would lead one to believe she’s ….View full article