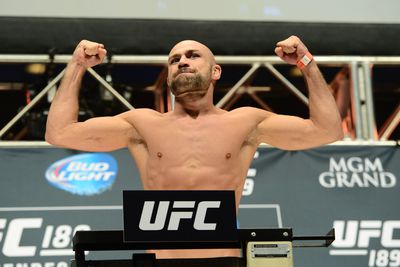 The announcement by now former UFC welterweight Cathal Pendred that he was calling it quits as a fighter at just 28 years old came as something of a surprise. Sure, he’d lost two in a row, but that’s not uncommon for many fighters at the UFC level. Besides, he’d won four in a row before that, including performance bonuses.

Yet, there it was on Nov. 25, Pendred’s announced retirement via social media. So, what exactly contributed to the SBG Ireland fighter’s early exit?

“I’d just been thinking about it for a while and like I said, when I announced it, I just felt like the fire in my belly had kind of dwindled a little bit,” Pendred told Ariel Helwani on Monday’s The MMA Hour. “I always talked about how I felt very fortunate that I was pursuing a passion and didn’t feel like I worked. It started to feel like it’d become a job and I was turning up at the gym not because I wanted, but because I had to and I had to get paid at the end of the day.

“I have other passions that are kind of coming to the forefront now. I just decided you ….View original article