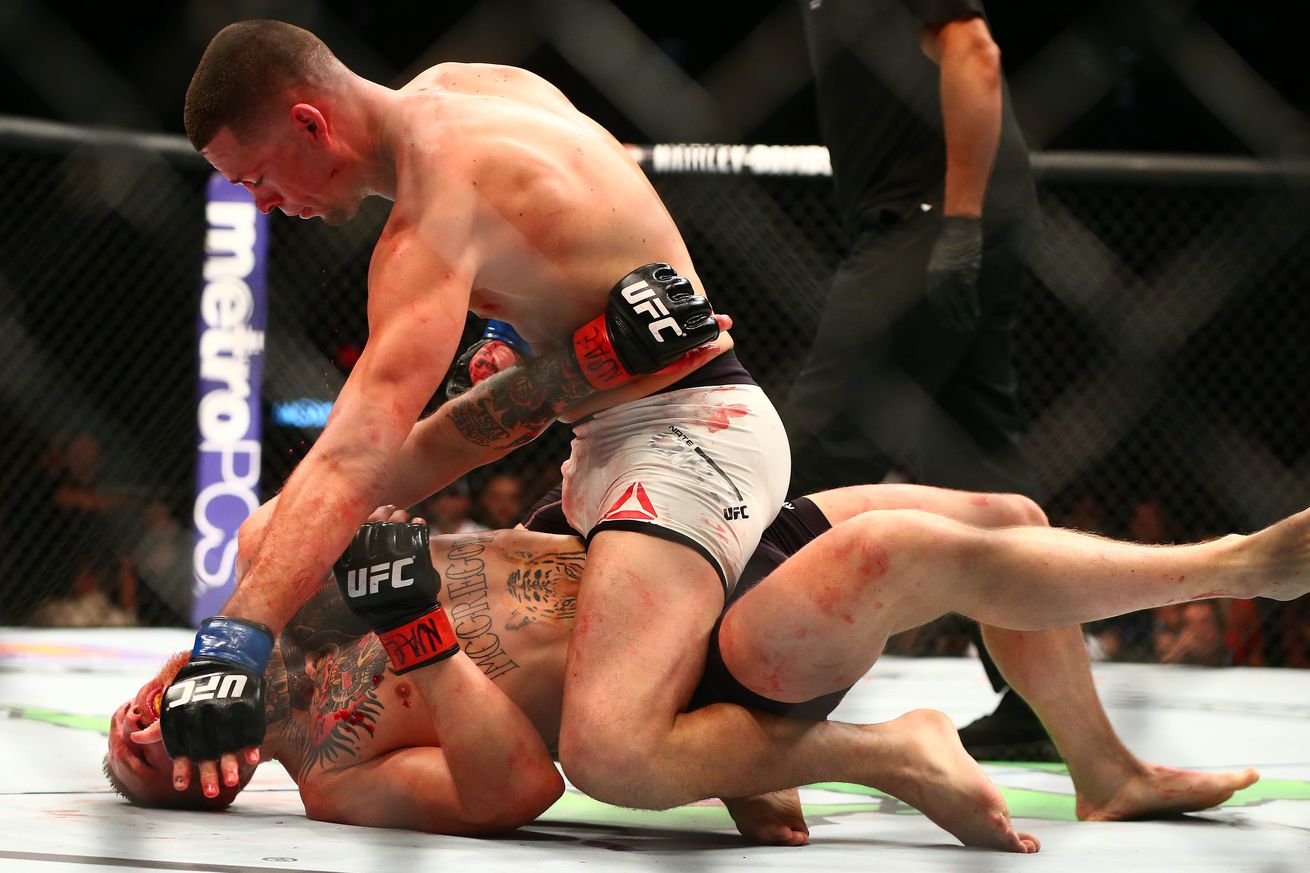 Conor McGregor was landing punch after punch in the opening round of UFC 196’s pay-per-view (PPV) main event this past weekend (Sat., March 5, 2016) at MGM Grand Garden Arena in Las Vegas, Nevada. And his opponent, Nate Diaz, was getting bloodied and busted up in the process.

We all know what happened in the second round: Diaz kept coming — virtually unaffected by the damage he was absorbing — and began to land on McGregor, who was beginning to tire out. In fact, a rocked “Notorious” shot in on the Brazilian jiu-jitsu black belt and was soon submitted via a rear-naked choke (Highlights here).

The mixed martial arts (MMA) world erupted (see the reaction in Stockton here) in various reactions praising Diaz for getting the upset win on just 11 day’s notice, while bashing McGregor for his arrogance and hubris, saying he finally received comeuppance.

“From a historical standpoint — €”mentally — Conor McGregor fell apart,” Sonnen said on the ESPN post-fight coverage. “He cracked. It was just like watching Mike Tyson fold against Evander Holyfield and all the guys that have come before and after. Listen, when you stand up to a bully he will fade every time. Conor McGregor is a bully. Now, that’s the mental side.”

“The American Gangster,” who is often mentioned in conversation with McGregor when comparing both their abilities in trash talk and fight promotion, then broke down the action that took place inside the Octagon and what led to McGregor’s submission loss to ….View full article