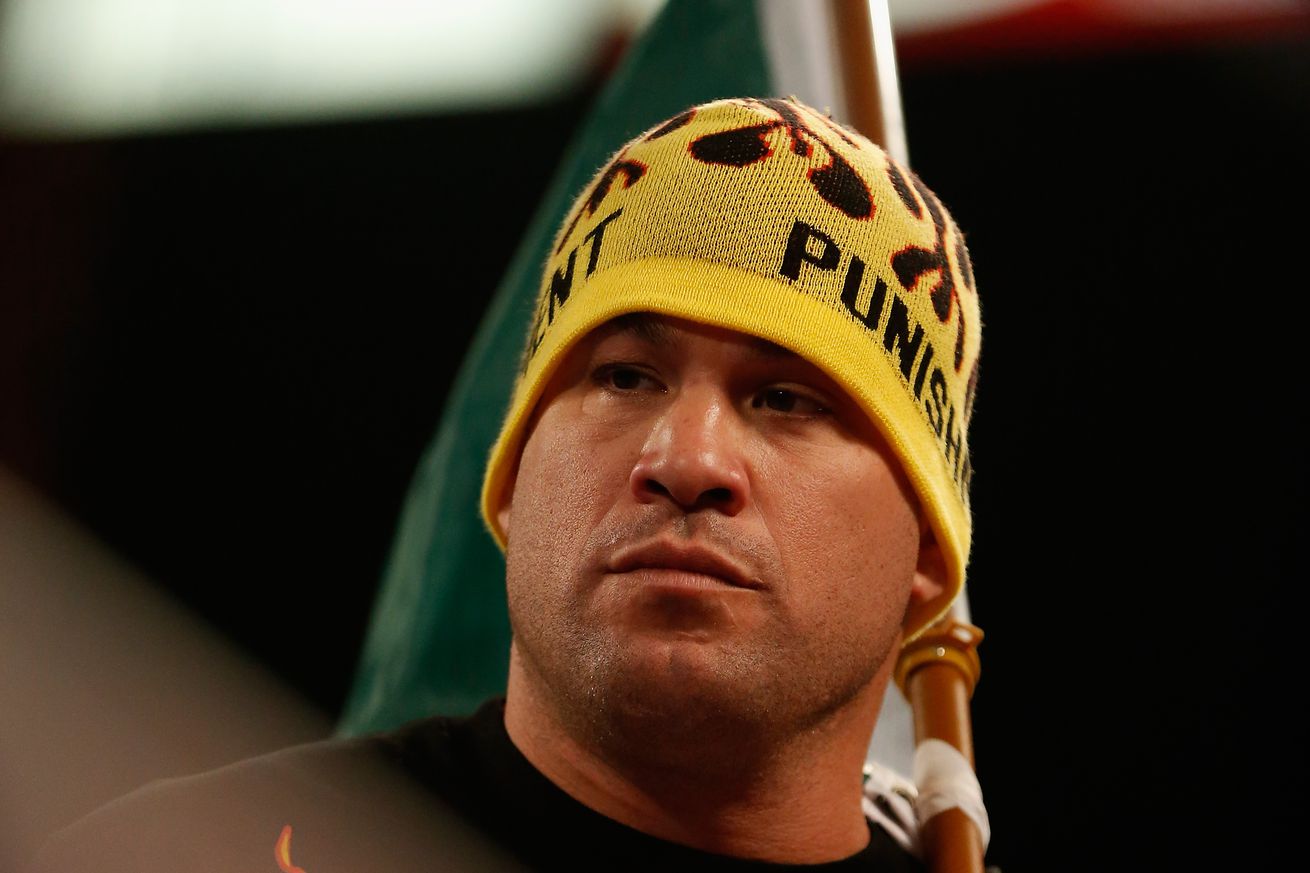 That said, “The Huntington Beach Bad Boy” has not ruled out a return to the cage, if he is able to finagle a (cough) “super fight” against aging heavyweight legend Fedor Emelianenko.

Which would violate the bro-code instituted by Sonnen last month in Los Angeles, Calif., where Ortiz verbally tapped to the “American Gangster” — unbeknownst to the referee — before turning the tables later in the round.

From the “You’re Welcome” podcast (via MMA Fighting):

“Look, Tito tapped in that fight. I knew Tito tapped when he tapped. I heard Tito verbally tap and I’ve never said a word about it, privately to Tito at the press conference or to you guys. I never said anything and the reason is, first off, when you lose, you just take your loss. It’s not a tap if the referee doesn’t call it a tap so therefore, Tito didn’t tap. I thought he tapped, and I let a move go. He verbally tapped, and I never said anything about it and the reason was, he quit the sport five seconds later. He quit the sport five seconds after I tapped and he quit the sport a minute and five seconds after he tapped. There was no rematch. There was nothing to build and no reason to tell the real story.

“And yeah, we are one apiece. I never got going. That guy is easy work for me. I would put that guy away in less than two minutes. It would be a completely different fight. It bothers me. It bothers me to come out here and say that I’d clean a guy up in two minutes that just tapped me out. I realize how insane that sounds but the guy was gone.”

“I would’ve taken it to my grave. It was between Tito and I. He gave me a look after the fight. Tito, we’re good man. I tapped fair and square. The ref called my tap, he didn’t call your tap, we’re good. You think I’ve never ran a tap back before? Sure I have. You’re in there, you do anything you can. I had absolutely no problem with it.”

Ortiz responded on Twitter (which I can’t link because I’m blocked) by calling Sonnen a “bitch.” The chances of Fedor Emelianenko fighting “The Huntington Beach Bad Boy” are currently idling on the corner of Slim & None, as the “Last Emperor” has some unfinished business with Matt Mitrione.

For much more on that recent fiasco click here.