Home MMA News Chael Sonnen is bound for Bellator, which is better than NACUSAFUCPEDDA!
ShareTweet 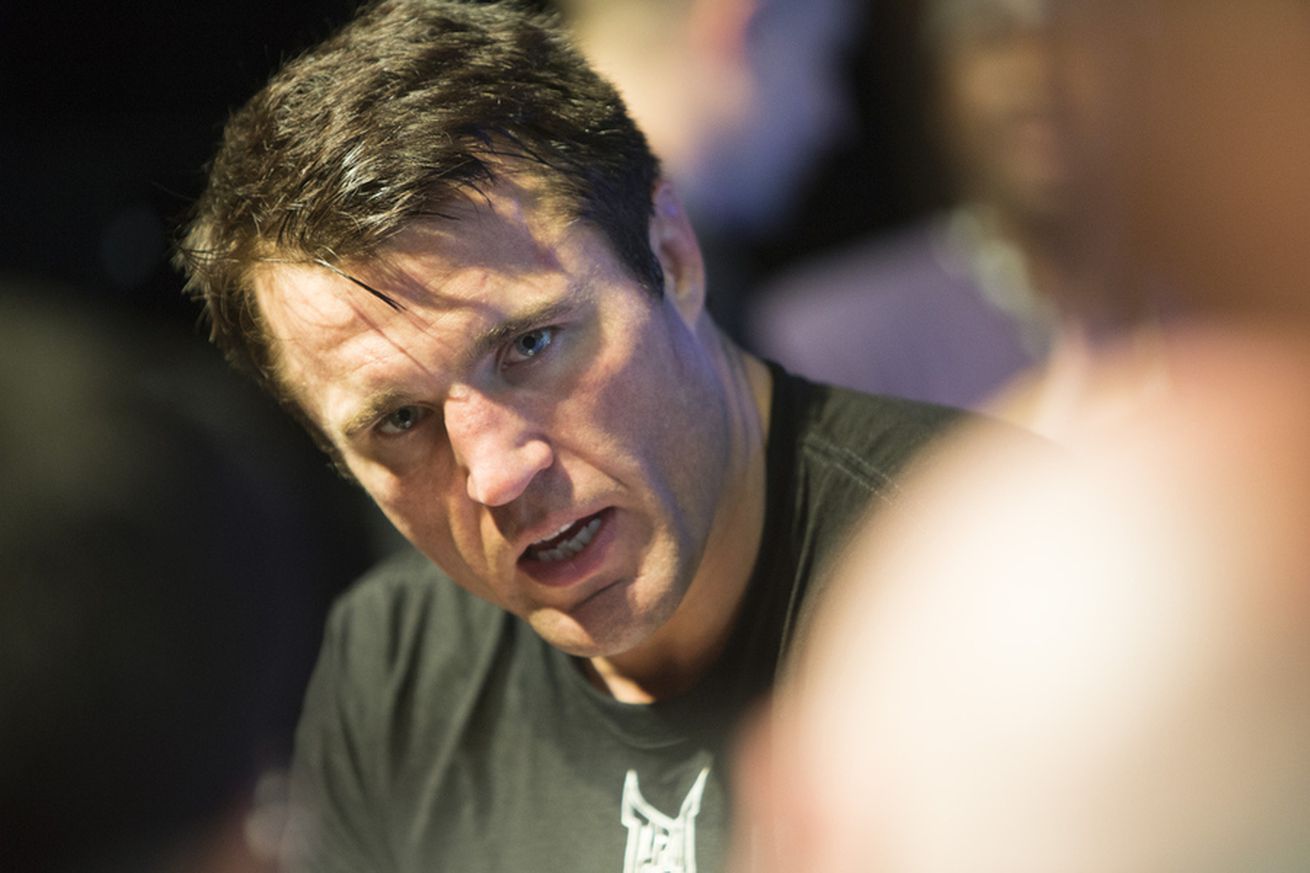 So Chael Sonnen is headed to Bellator? That sly old dog. I guess if you stare long enough at any eye chart the letters have a tendency to start blending together.

Truth is, Bellator just looks more inviting. It looks fresher, like something in bloom. Bellator is where he can usher in the era of the “gangsta weight” class, which is an innovative house call method where he meets Tito, Wandy, Rampage, Rory and Fedor at the weight they feel most comfortable. Sonnen is venturing into the world of hospitality to accommodate longtime veterans of the cage.

Really, what’s not to love?

Though he kept insisting otherwise, Sonnen’s return to fighting was never so much a question of if or even when, but closer to something like why. In a strange way, the last two years of his life have not been the low point people thought they would be. After being banished by the Nevada Athletic Commission for two years for a cocktail of PEDs and a preemptive retirement, Sonnen launched his own podcast. That did gangbusters. When FOX fired him from his analyst job in the fallout, Sonnen took a job at ESPN. On those particular airwaves, there was no detectable loss of smugness.

The blackguard kept himself real gray during his time away; he embraced villainy, but made it dance to his tempo. He also understood the importance of making fun of himself under the circumstances. A tongue-in-cheek cheater? He even makes juggling red flags a kind of household entertainment. Only Chael. Say what you want about him, but he knows something about the human psyche. (I think he sees it as a kind of switchboard).

Still, Sonnen wasn’t exactly lighting the cage on fire when he was last seen fighting in 2013. He lost three ….View full article