Home MMA News Chael Sonnen not impressed with Brock Lesnar, says he ‘sucks’ and is an ‘amateur’ at best
ShareTweet 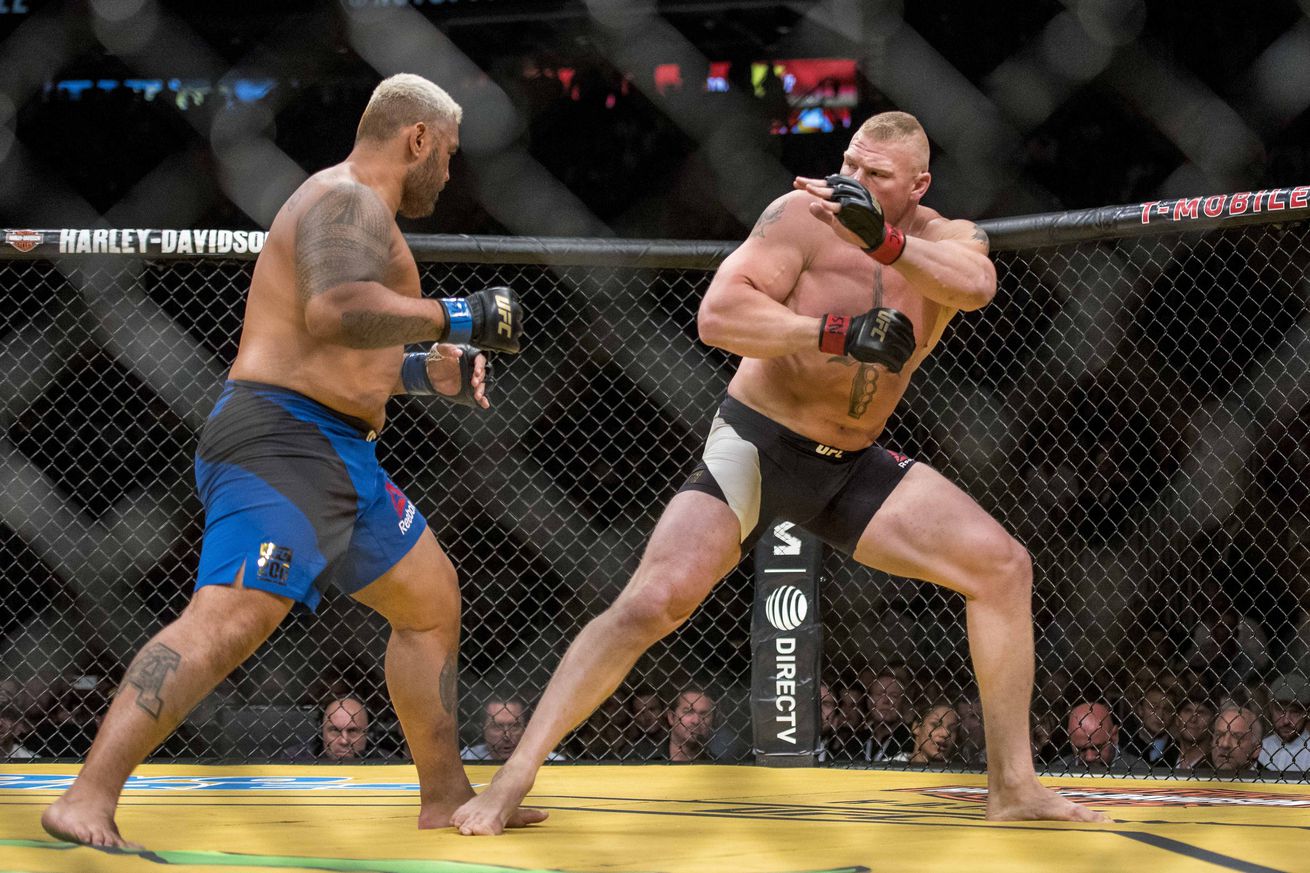 That’s because the retired mixed martial arts (MMA) veteran is happy being a commentator, analyst and doing what most athletes do once they walk away from their respective sport. Plus, as he recently told The Great MMA Debate podscast (via FOX Sports), there isn’t a matchup that interests him enough to come back.

“My race is ran. If I thought a damn one of these guys was any good I might come back and do it. It’s tough. They put a nice suit on me and I’ve got to say nice stuff about guys and I do my best to play along, but at moments like this when you catch me off guard, my era was a lot tougher than these guys.”

While there are obviously super-talented and highly-skilled fighters and athletes currently plying their traide inside the eight-walled cage, for the most part, “The American Gangster” isn’t so impressed with UFC’s talent level.

And you have to look no further no Brock Lesnar, who Chael dubbed and amateur that sucks but somehow still manages to win fights.

“I mean come on, Brock Lesnar’s in. Let’s be honest with each other, that guy’s an amateur at best. He’s big, he’s strong, I get all those things and he has good outcomes, and this isn’t meant to be an anti-Brock session but the guy sucks and he’s winning fights and that’s a reality,”

Lesnar returned to MMA after a five-year hiatus to defeat Mark Hunt at UFC 200 on July 9, 2016 in Las Vegas, Nevada (see it again here).

Of course, his dominant performance and reputation was marred when it was discovered he had been flagged by United States Anti-Doping Agency (USADA) for a potential violation (more on ….View full article