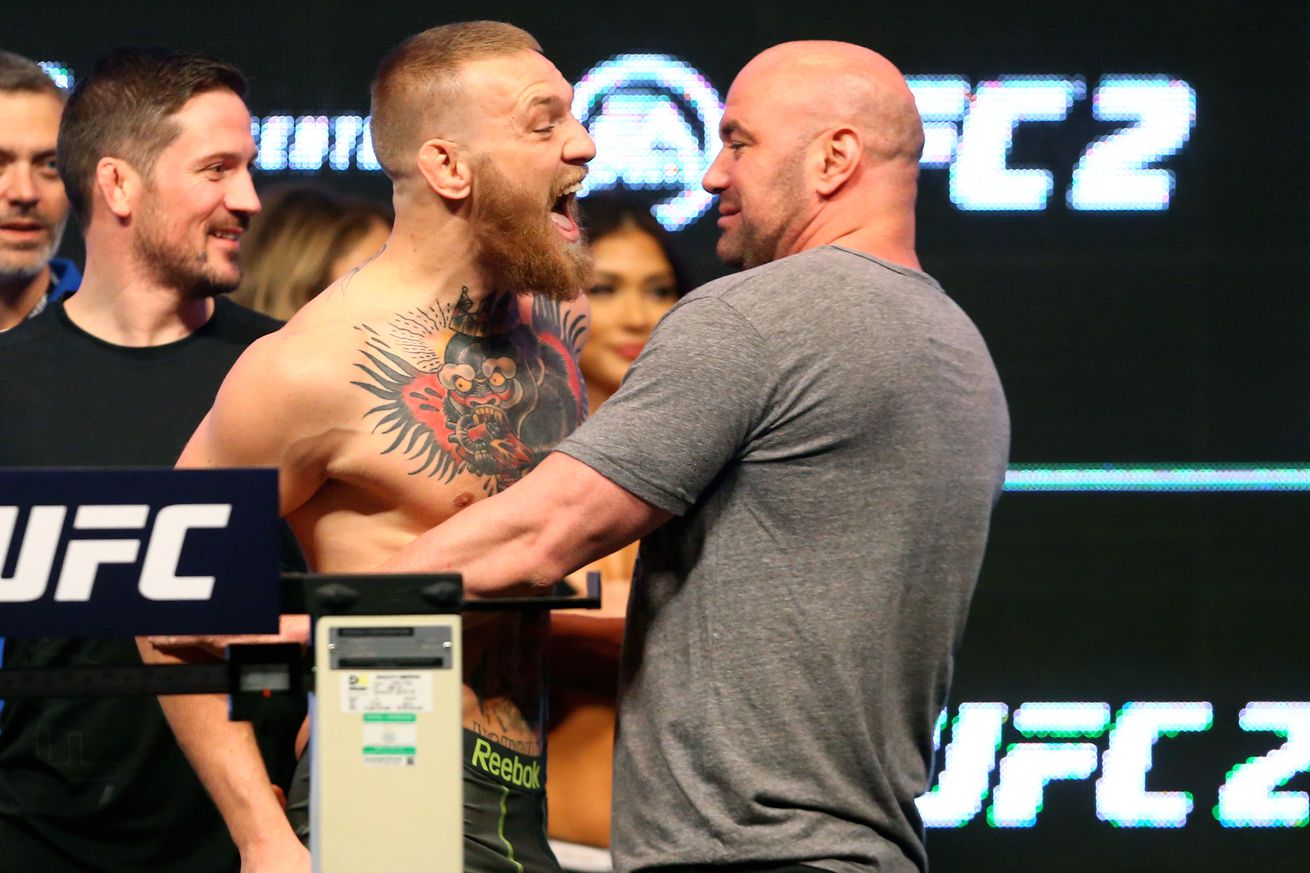 Stop me if you’ve heard this one before…

It’s been a wild and wacky 12 hours in the sport of mixed martial arts (MMA).

You can thank reigning Ultimate Fighting Championship (UFC) featherweight titleholder Conor McGregor, who may be forced to hand over his 145-pound strap (to one of these two guys) in the wake of his sudden retirement.

That’s assuming he’s really done and not leveraging for a bigger payout at UFC 200, the upcoming pay-per-view (PPV) event on July 9, 2016 inside T-Mobile Arena in Las Vegas, Nevada, which was expected to have “Notorious” headlining opposite lightweight import Nate Diaz.

If that’s the case, he made a “big mistake,” according to former UFC headliner Chael Sonnen (via MMA Fighting), who told fans during a recent Facebook live chat that UFC President Dana White and UFC CEO Lorenzo Fertitta were the wrong guys to play hardball with.

“Conor had a deal with the UFC and Conor’s now going back and trying to renegotiate and it just doesn’t work that way. It can’t. You can’t write everything down, you can’t get your contracts done all the time in this business. There’s 500 guys under contract. You have to be able to make a phone call, count on whatever the guy says, hang up the phone and that’s the end of it. You have to be able to do that. Conor has a contract, he made a deal, somewhere he didn’t sign it. Let the promotion go out, let the money get spent and then realized ‘I’ve got the upper hand. Now I can come back and renegotiate. Who’s going to tell me no when the advertising is already done?’ That’s what he did. Guaranteed. With no inside knowledge, guaranteed that’s what happened. This ….View full article