Home MMA News Chael Sonnen: Ronda Rousey not the draw UFC advertised her to be, crushed in popularity by Brock Lesnar
ShareTweet 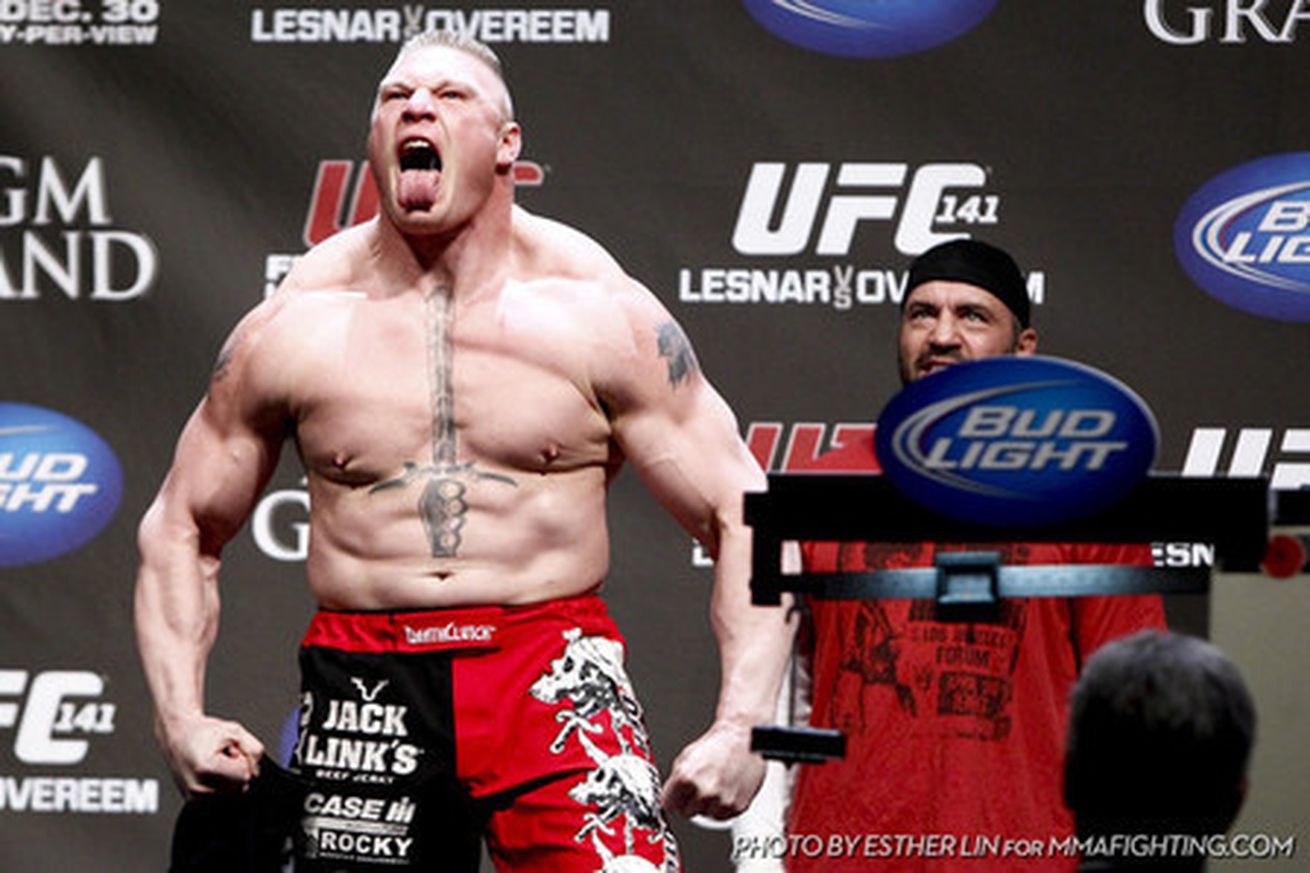 Ultimate Fighting Championship (UFC) President Dana White, who became one of Ronda Rousey’s closest friends after signing her to the world’s largest mixed martial arts (MMA) promotion back in 2013, was adamant that “Rowdy” blew away former UFC heavyweight champion Brock Lesnar when it came to putting butts in seats.

Chael Sonnen is not convinced.

In fact, the retired ex-middleweight No. 1 contender believes the World Wresting Entertainment (WWE) import can crush anyone at the box office (with help from this guy), even the mighty Conor McGregor, who’s known to move pay-per-view (PPV) needles and shut down entire countries.

“Rousey was never the draw that she was advertised as. She never did the PPV numbers or the live gates that was advertised. It was always Conor by a lot, during that era when there was a debate between those two. Conor was the money guy. And why it was promoted and marketed differently, I don’t know, but it was just that. It was promotion and marketing. It was not reality. And yes, Lesnar crushes them both. They’re not even comparable. When you’re talking about the biggest UFC of all time and the biggest gate – you never bring up UFC 100. It was just such an anomaly. It’s like it’s taken off the board. You know, they did 1.755 million. So yes, Lesnar without a doubt is the biggest attraction the UFC has ever seen.”

Roused hasn’t been seen since getting taken to the woodshed by Holly Holm back in November. Lesnar, meanwhile, returns to the Octagon against Mark Hunt at the upcoming UFC 200 PPV extravaganza next month in “Sin City,” after nearly five years away from combat sports.

We’ll see how his return stacks up ….View full article