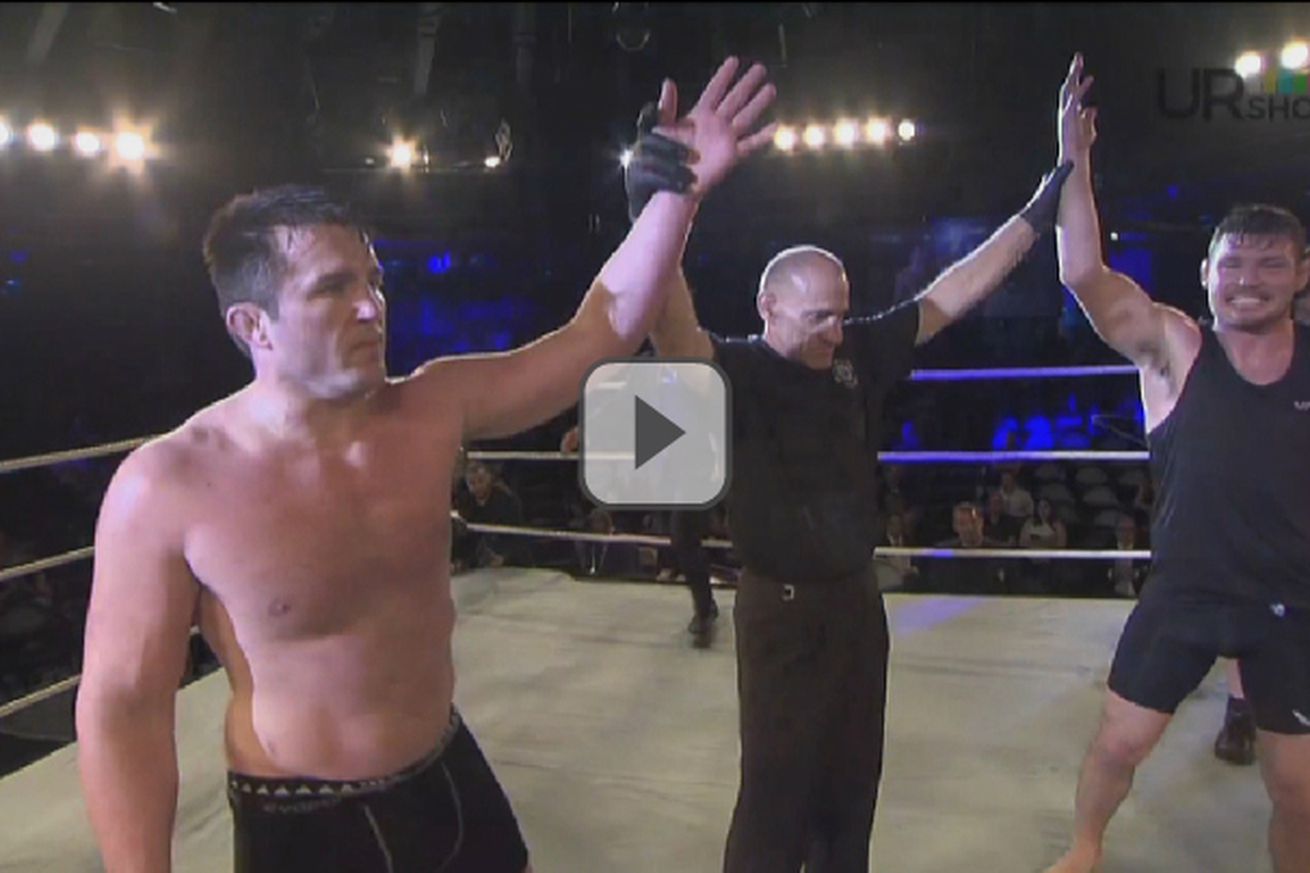 Former Ultimate Fighting Championship (UFC) middleweight contender Chael Sonnen, who holds a unanimous decision win over Michael Bisping from their UFC on FOX 2 fight back in early 2012 (recap), was confident “The Count” had “no chance” of beating him at UR Fight.

Technically he was right, as the contest ended in a draw.

That probably shouldn’t come as much of a surprise when you consider how long Sonnen has been out of action — compared to the busy Brit — but the “American Gangster” also warned combat sports fans that his grappling foe was as tough as they come.

From his pre-fight chat with MMAmania.com:

“So, Michael Bisping — in fairness — is a legit tough guy, and there are so many people in the UFC that pretend to be or claim to be and then pull out and they have all these excuses. Michael Bisping is a legitimate bad ass. He will take on anybody anywhere. You take this situation, which does favor me right? He is a kickboxer. That is his background and I come from a wrestling background. So he is coming into my turf. There is no weigh ins for this event so not only is he walking into my skill set, I’m also going to have a size advantage. That’s just a reality. There is no weight. Michael Bisping jumped at the chance.”

For much more on UR Fight click here and here.