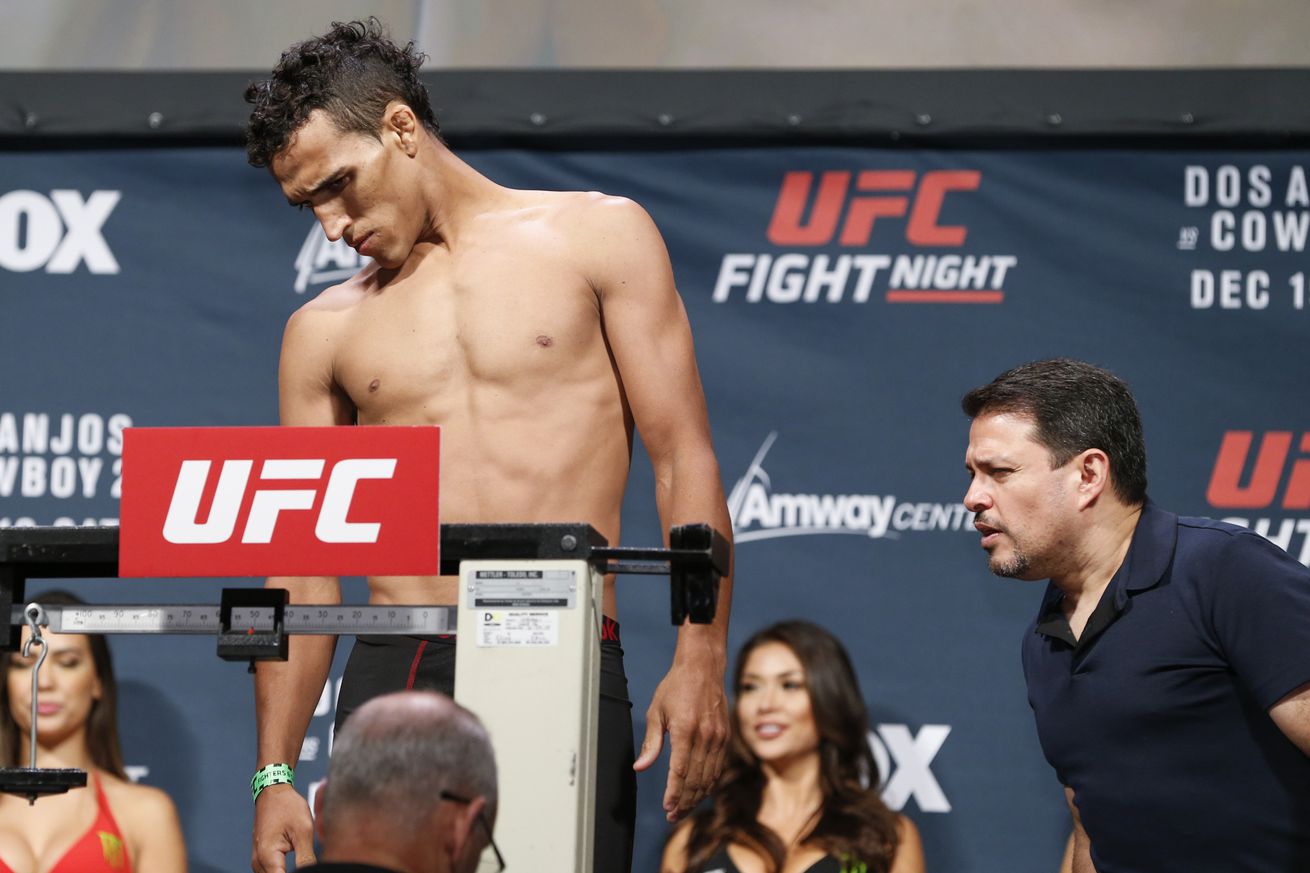 Charles Oliveira weighed in as a lightweight for his featherweight bout with Ricardo Lamas at The Ultimate Fighter: Latin America 3 Finale.

The Brazilian marked 155 pounds on the scale on Friday, surpassing the 146-pound allowance for non-title featherweight bouts by nine pounds. Despite the significant weight difference, Lamas, who weighed in at 146 pounds, has agreed to take the bout at a catchweight, and Oliveira will now have to give 30 percent of his purse to Lamas, MMA Fighting confirmed on Friday with UFC officials.

This is the fourth time Oliveira misses weight in his six-year-long career with the UFC. The fight between Oliveira and Lamas was booked less than a month away from the event, as Lamas was originally scheduled to headline UFC Fight Night 97 against B.J. Penn, but the event was cancelled after Penn pulled of of the fight due to injury. Lamas was shortly rescheduled to fight Oliveira in Mexico.