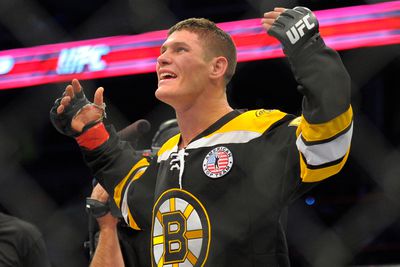 A featherweight showdown between Charles Rosa and Jimy Hettes has been added to Jan. 17’s UFC Fight Night 81 event in Boston.

While neither Rosa nor Hettes is currently ranked in the division’s top 15, each man has earned a reputation for putting on exciting, furiously paced fights, something that will undoubtedly please the TD Garden Arena crowd.

The Massachusetts native, Rosa (10-2), is just 1-2 in UFC action, but he’s earned Fight of the Night honors in each of his losses, showing that he’ll battle to the end, even in defeat.

Hettes (11-3), like Rosa, has suffered all of his career losses under the UFC banner, going 1-3 since his victory over Nam Phan in his promotional debut at UFC 141. Hettes dominated that fight, tossing Phan to the mat at will with a variety of impressive trips and throws, but he’s been unable to recapture that brilliance since, suffering back-to-back technical knockouts in his two most recent outings.