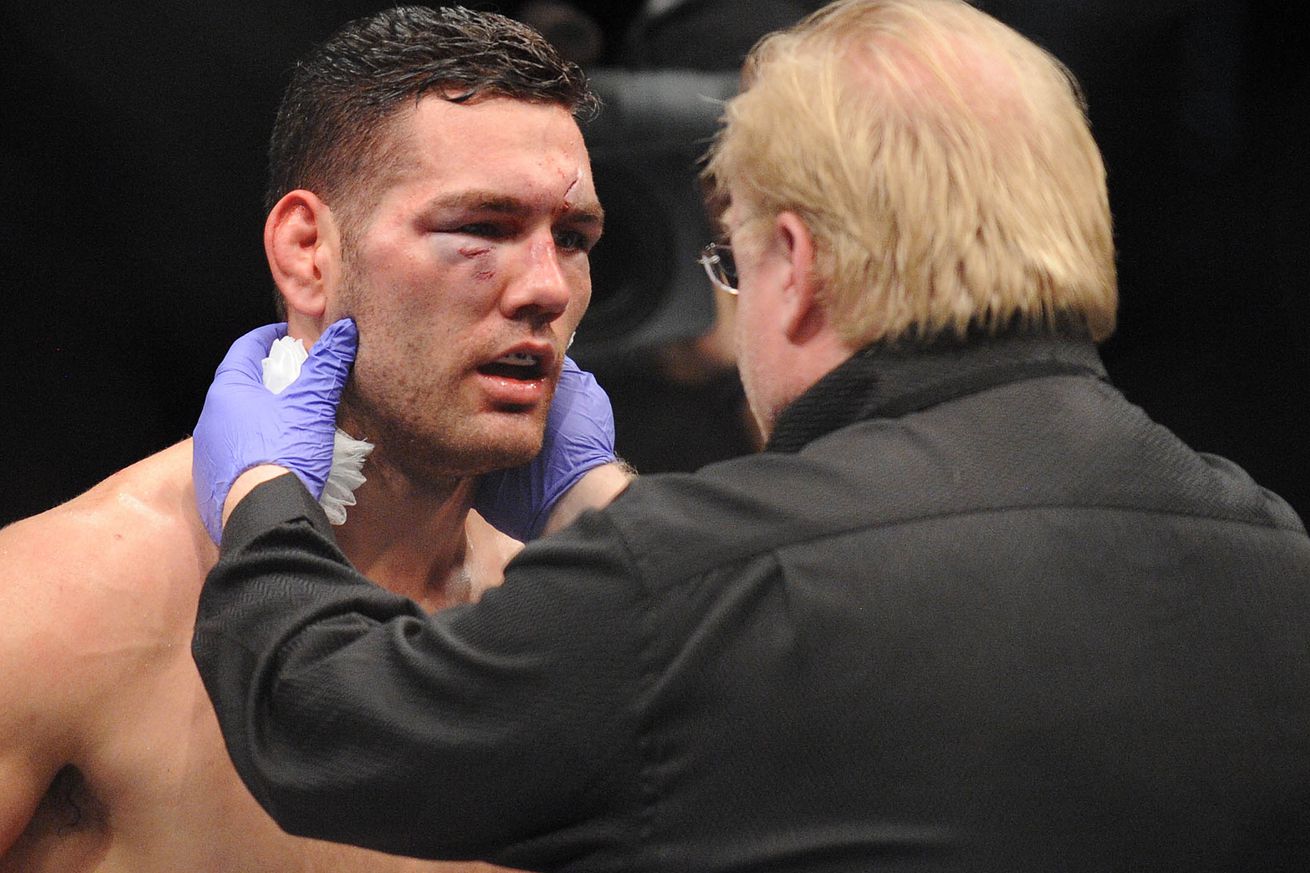 That’s according to a report from MMA Fighting, which indicates a return to “hard sparring” in roughly two weeks.

After coughing up his title to Luke Rockhold at UFC 194, “All American” was expected to run it back with his American Kickboxing Academy (AKA) nemesis in the UFC 199 main event; however, a bum neck forced him to withdraw from their 185-pound do-over.

Then something crazy happened.

Longtime veteran Michael Bisping stepped in to take his place, then wiped the floor with Rockhold in just one round (see it). It remains to be seen where Weidman fits into the current middleweight title picture, especially with Ronaldo Souza and Yoel Romero soon to return.