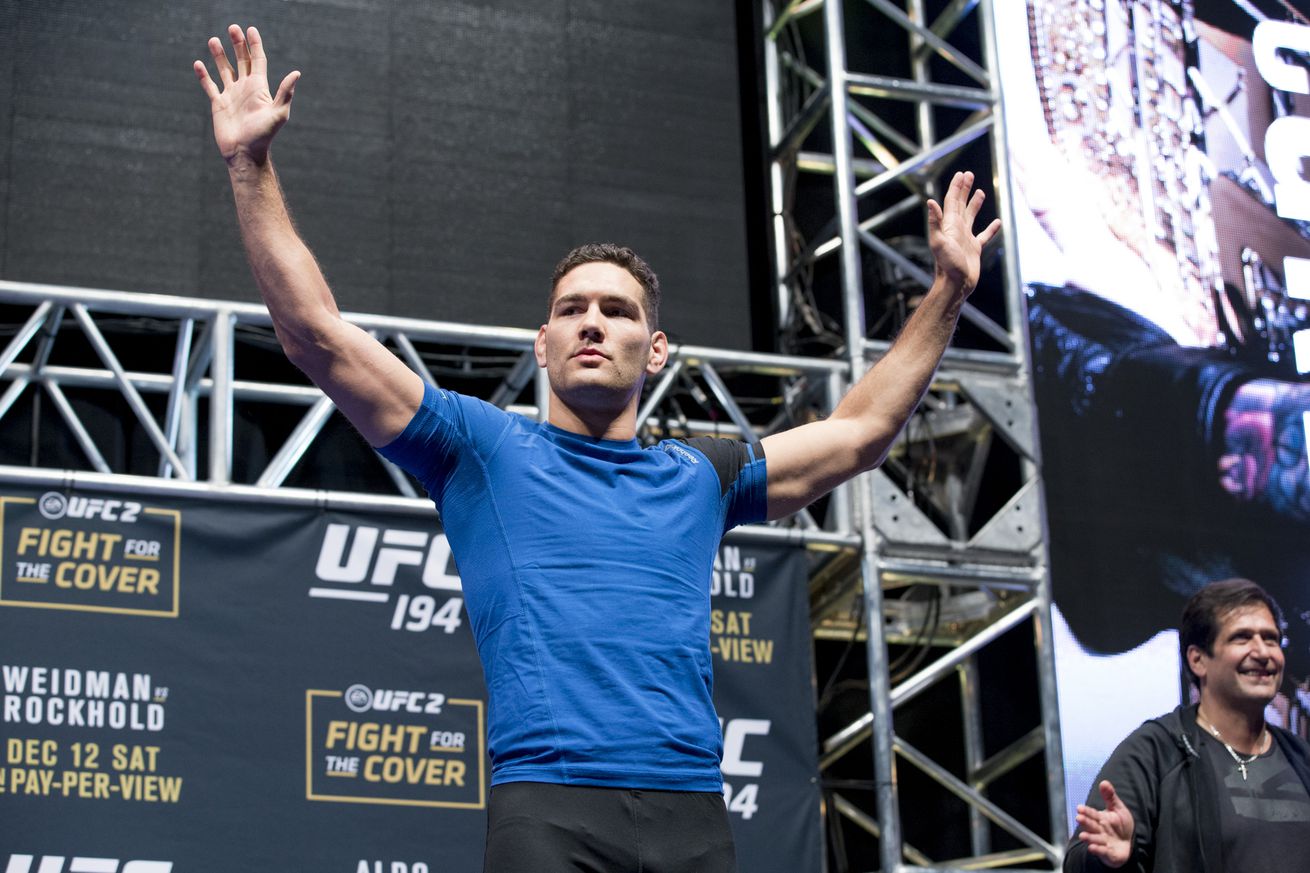 Well, the UFC’s maiden voyage to New York’s Madison Square Garden got big in a hurry.

On Monday night, UFC president Dana White announced that Conor McGregor will again attempt to make history by becoming the first dual champion in UFC history against current lightweight kingpin Eddie Alvarez. That was the main event that many people were holding out hope for, given the scope of the event.

Then on Tuesday, White also made official that Long Island’s own Chris Weidman would face Yoel Romero in a middleweight bout for the Nov. 12 card. White made the announcement while making an appearance on The Boomer & Carton Show. The former champion Weidman, who was perhaps the most active of all the fighters on the UFC roster, was instrumental in lobbying to sanction mixed martial arts in the state of New York over the last five years.

Weidman last competed at UFC 194 last December, when he lost his belt to Luke Rockhold via fourth-round TKO. Before then Weidman had gone 13-0, including a pair of wins over one of the best pound-for-pound fighters of all time, Anderson Silva.

The 39-year-old Romero has won seven straight fights in the UFC, including his last bout against Ronaldo ‘Jacare’ Souza, also at UFC 194.