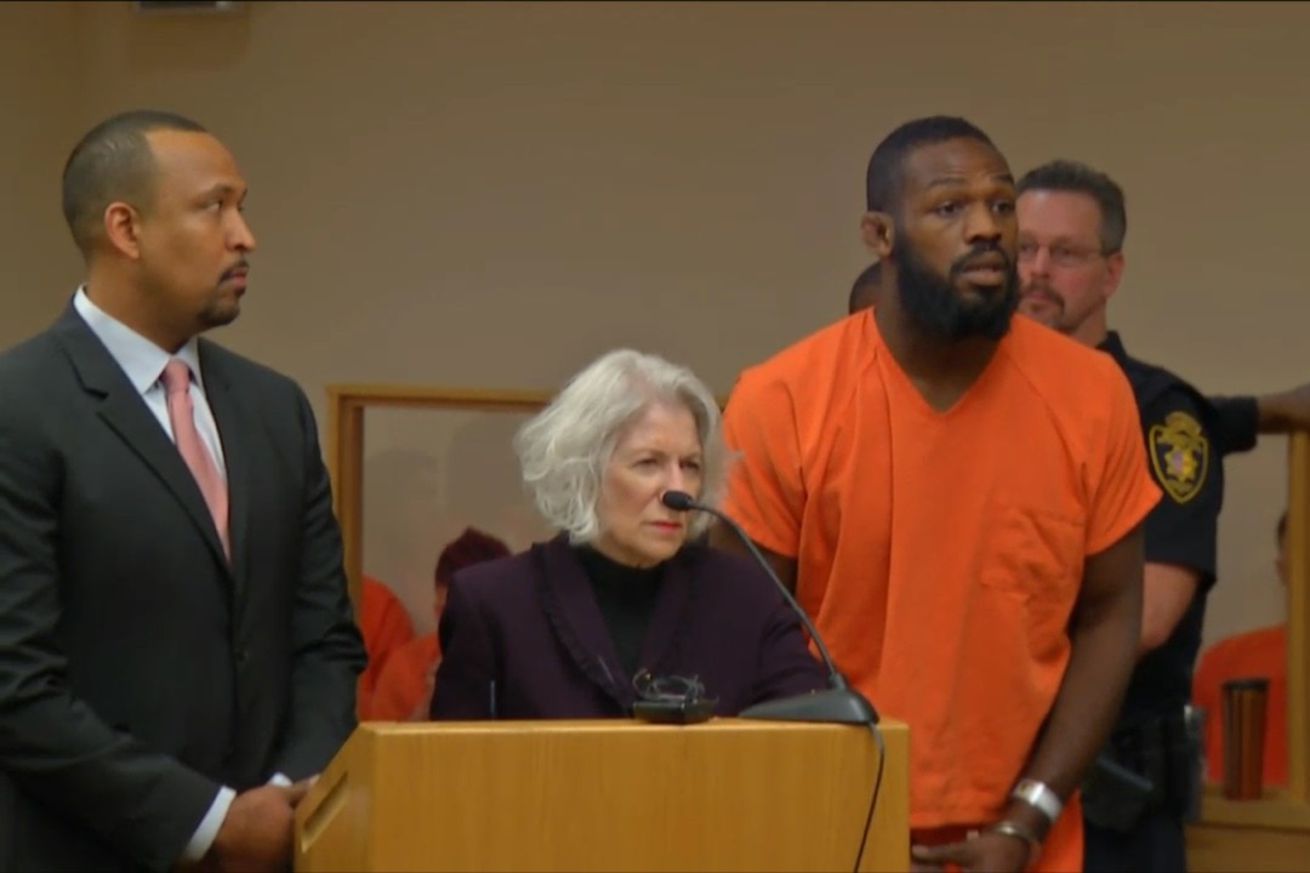 The opinions about Jon Jones seem to run the gamut. Either “Bones” is a menace to society and should be locked up or he’s a misunderstood guy being targeted by police. When it comes to fans and their hot takes, nuance doesn’t really come into play.

In reality, though, this current situation with Jones is rife with complexities.

On Tuesday, Jones turned himself in on a probation violation after being pulled over and given five traffic tickets a week earlier, including one for drag racing. Jones was on probation from a conditional discharge in his felony hit-and-run case last year and the citations caused the Bernalillo County District Attorney’s office to act.

Jones spent two nights at the Bernalillo County Metropolitan Detention Center while waiting to see a judge. When that happened Thursday morning, judge Michael Martinez reinstated Jones’ probation with some new provisions: Jones must attend courses in anger management and driver improvement, complete 60 more hours of community service and he cannot drive without getting permission from his probation officer.

What we do know for sure is that Jones ran a red light in an SUV in April 2015, crashed into a car driven by a pregnant woman and then fled the scene. The woman ended up with a broken arm. Jones pleaded guilty in New Mexico Second Judicial District Court in September and was given the conditional discharge.

That situation is not up for debate and Jones is being punished for it. But this current one is more complicated.

Should Jones have been brought up on a probation violation charge? Albuquerque Police Department officer Jason Brown accused him of drag racing and also levied him four other traffic citations. Jones denies that he was drag racing, saying he only revved his engine at a stoplight to acknowledge some fans in an adjacent ….View full article