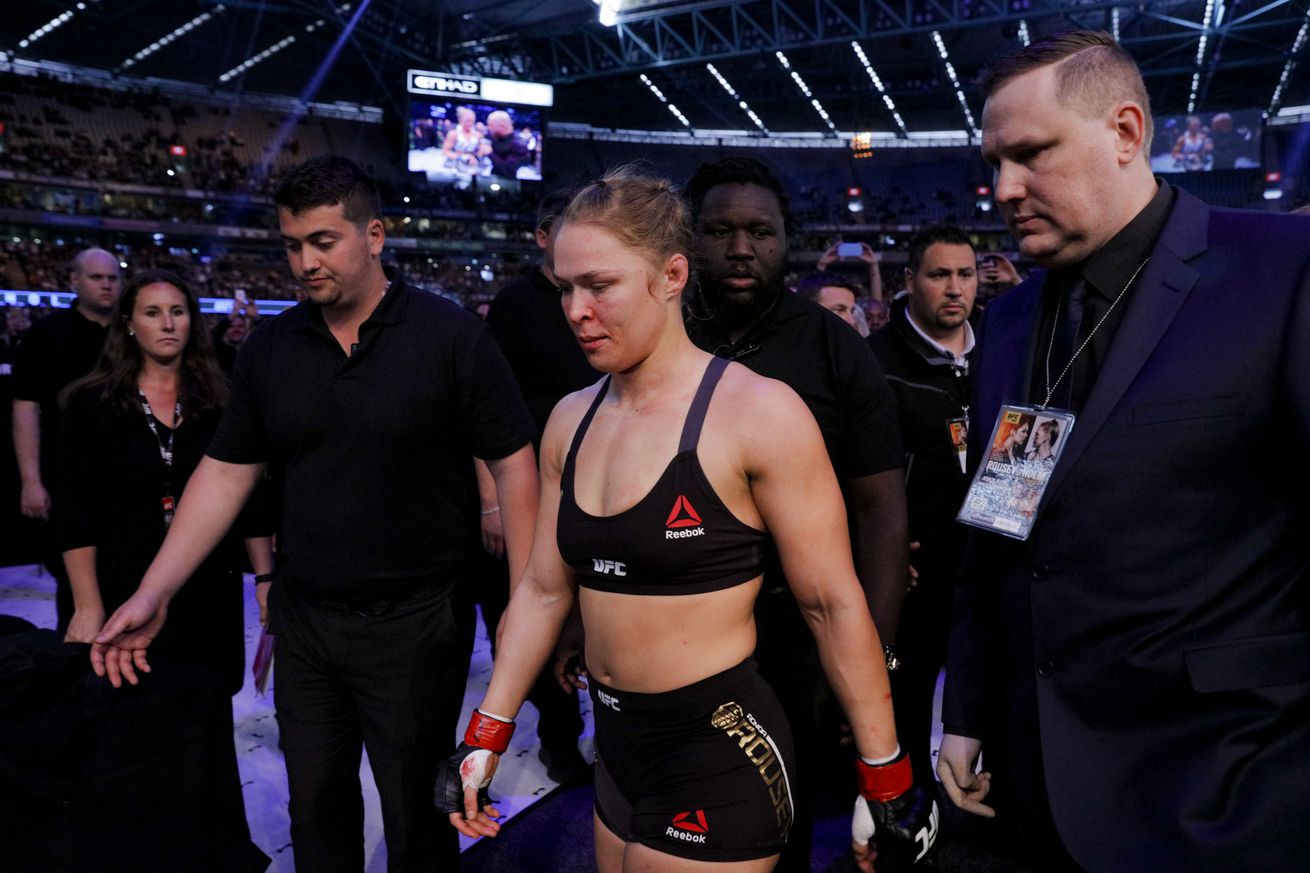 Ronda Rousey exposed herself last week in an interview. More than she ever could clad in only body paint on the cover of Sports Illustrated’s Swimsuit Issue.

The former UFC women’s bantamweight champion went on “The Ellen Show” and made a raw admission: She thought about suicide following her knockout loss to Holly Holm at UFC 193 back in November.

“In the medical room, I was like down in the corner and I was like, ‘What am I anymore if I’m not this?'” Rousey told Ellen DeGeneres. “And I was literally sitting there and like thinking about killing myself. At that second, I’m like, ‘I’m nothing. What do I even do anymore?’ And no one gives a sh*t about me anymore without this.”

Wow. In a career of making bold statements and putting just about all of herself out there for the world to see, this was a new level. Everything Rousey says seems to make headlines, but this went viral in a hurry. And everyone seemed to have an opinion.

But what does all of this mean, if anything? There’s a bit to unpack here. Should Rousey just hang up the gloves at this point and focus on Hollywood? Is it a sure indictment of her psyche and a red flag?

Perhaps not, according to mental health experts I spoke to last week.

Given the considerable mental and emotional trauma Rousey went through on Nov. 15, maybe those momentary suicidal thoughts weren’t all that outrageous.

Adding everything up, this was far from just a loss. Most people thought she would beat Holm, including Rousey herself. Sports books gave Holm long odds. Rousey was a massive favorite, because she had beaten her last three opponents in less than 40 seconds each.

Factor in the record crowd of more than 56,000 in Australia and a few million more watching ….View full article