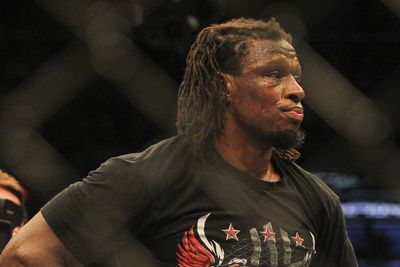 And the injury bug returns.

Ultimate Fighting Championship (UFC) brass have decided to move forward with a ten-fight UFC Fight Night 63 card as the scheduled “Prelims” middleweight bout between The Ultimate Fighter (TUF) season 17 castmates Luke Barnatt and Clint Hester has been scrapped due to an injury.

According to UFC, “Headbussa” sustained a broken foot, and with UFC matchmakers unable to find “Bigslow” a suitable opponent for the FOX Sports 1 card on April 4, 2015 live from the Patriot Center in Fairfax, Virginia, the Englishman was pulled from the card as well.

Due to a broken foot, Read More