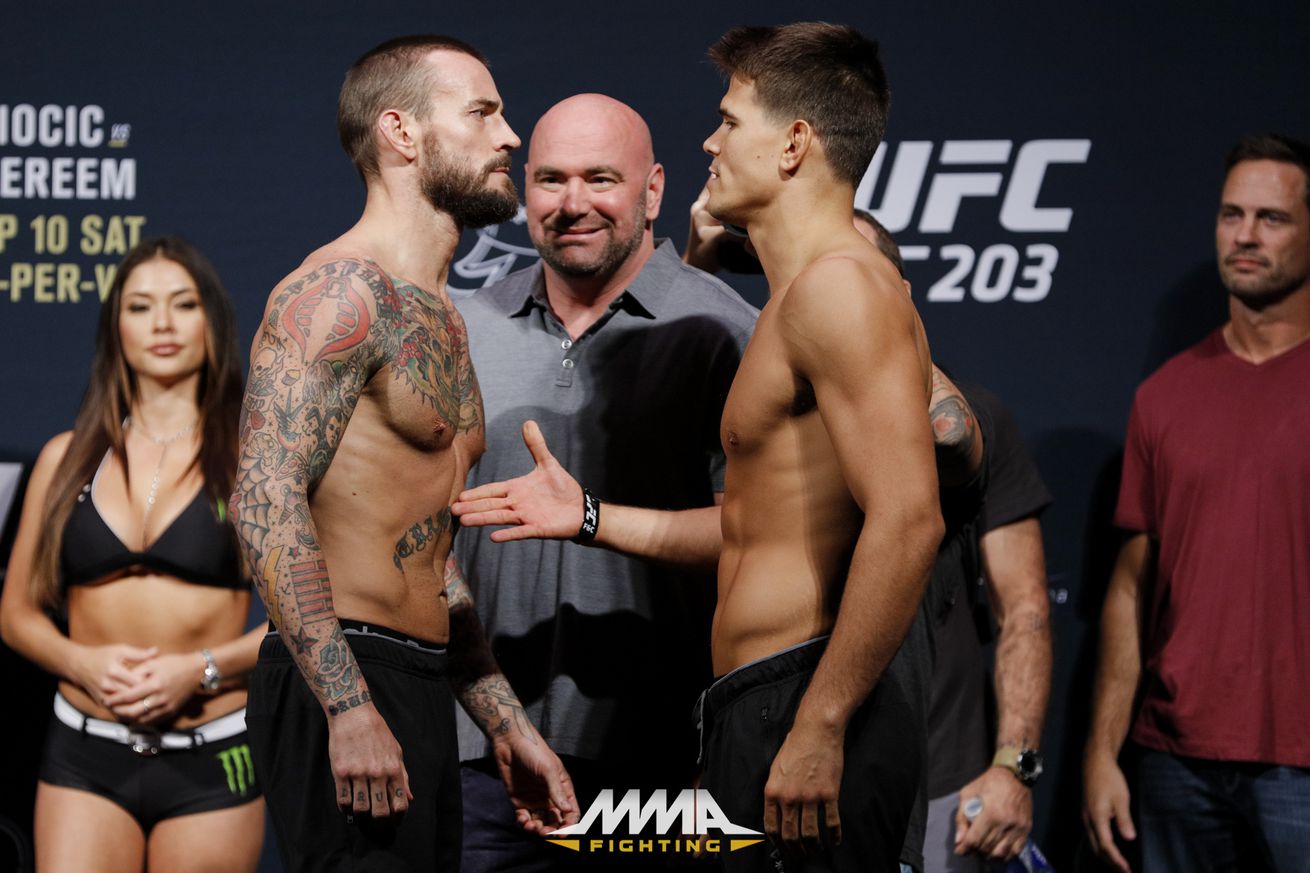 Mickey Gall extended his hand for a shake, and CM Punk walked right through it.

The two men had an intense staredown during UFC 203 weigh-ins Friday in Cleveland and that’s where it started, with CM Punk refusing to shake Gall’s hand. Gall then started jawing at Punk, saying things the audio did not pick up.

On the FS1 weigh-in show, CM Punk was asked by interview Megan Olivi what Gall said and why didn’t he accept the handshake.

This is CM Punk’s UFC and MMA debut. The popular former WWE headliner had little to no martial arts experience before signing with the UFC in December 2014, but has been working at Roufusport in Milwaukee for about a year and a half. Punk, 37, believes he has improved a lot since first walking in the door. Gall himself is only 2-0 as a pro.

“I think once I had an opponent, once I had a date and once I was free of that damn herniated disc I was walking around with for who knows how long, I was a different person,” said Punk, whose real name is Phil Brooks. “It’s one thing to train, it’s another thing to train with a singular purpose and that’s what I got in Mickey Gall. I know this is a difficult sport to master. I look forward to mastering it sometime and I realize that will probably never happen, but I will get as good as I possibly can.”

Punk expressed some exasperation with his weight cut this week, but it seemed ….View full article