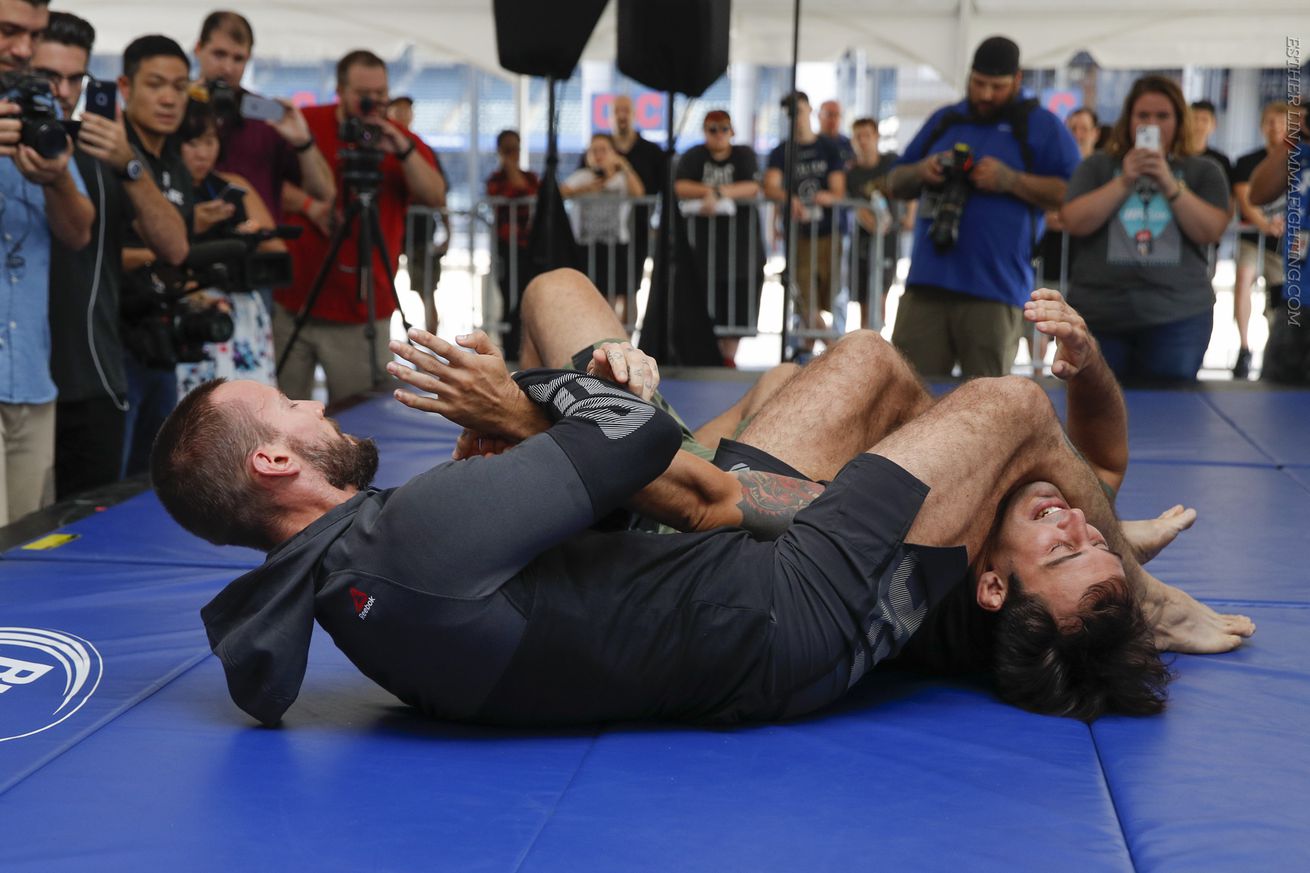 Phil Brooks, also known as CM Punk, is finally entering the Octagon to compete for the first time at UFC 203, 645 days after announcing his deal with the promotion, and his jiu-jitsu coach Daniel Wanderley expects the former WWE superstar to prove doubters wrong Saturday in Cleveland.

CM Punk had a long, long way to go before his professional MMA debut against 2-0 welterweight Mickey Gall. The professional wrestler joined Roufusport MMA in Milwaukee in January 2015, and had the hard task of being ready to compete in the biggest stage in a matter of months.

“It’s been exactly a year and a half since he entered the gym for the first time to train,” Wanderley told MMA Fighting. “I’m not a WWE fan, so I had no idea who he was. When he came to the gym, people told me his WWE credentials, but he was very humble. He introduced himself as Phillip, his real name.

“He had little experience. I believe he trained two weeks with the Gracies after he signed with the UFC, but came here very green in the jiu-jitsu area. At first he didn’t like to put the gi on to train, but realized later that it was necessary to learn the basics of jiu-jitsu and evolve on the ground, and he has evolved a lot in the past six months.”

Wanderley says he will be in CM Punk’s corner at UFC 203, and was shocked when he watched the welterweight’s evolution compared to his first sparring sessions.

“He trains three times a week, and it has been gratifying for us to see him learn,” said the coach. “It’s hard for someone without experience to fight in the UFC, but he’s well prepared now. These past few weeks have been impressive. There’s a TV show on ….View full article