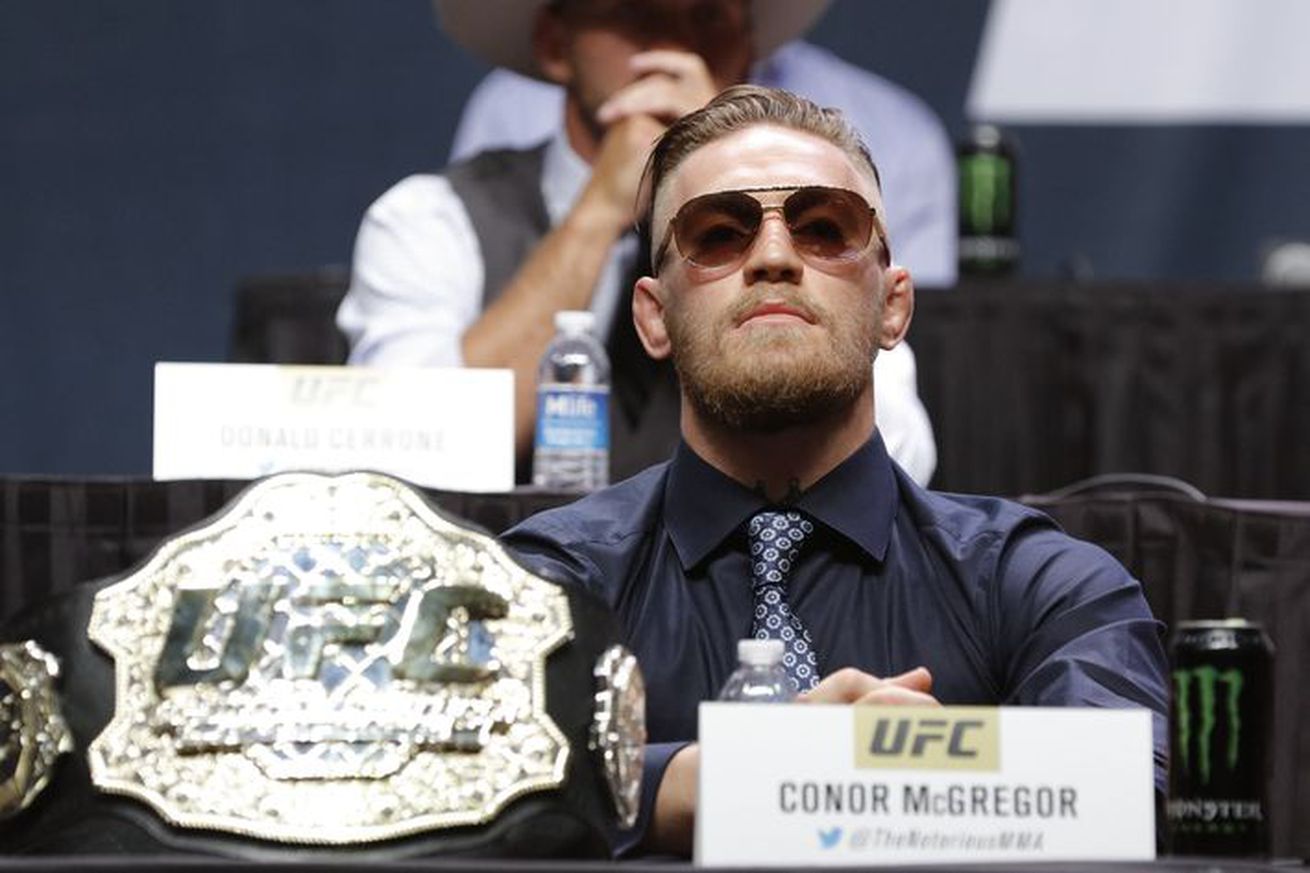 Conor McGregor is on the verge of making history as he gears up to face Ultimate Fighting Championship (UFC) Lightweight champion Eddie Alvarez in the main event of this weekend’s (Sat., Nov. 12, 2016) UFC 205 pay-per-view (PPV) event in New York City.

If he happens to defeat the reigning 155-pound title holder, Conor — who currently reigns supreme at Featherweight — will be the first and only UFC fighter to ever hold two division titles at once.

Dana White has proclaimed that “Notorious” will indeed have to give up one of his belts should he acheive his goal. And while Conor was hesitant at first, he is willing to soften his stance and give up one of the belts as long as the promotion lets him enjoy it for a few hours.

At least, that’s what he’s letting the general public know. But his inner circle has another side of the story, as his head trainer John Kavanagh says he hasn’t even heard a hint of a suggestion that McGregor will actually give one up and since he fights so often, he could very well defend both titles.

“I have not heard a hint of him giving up the belt,” Kavanagh said on a recent appearance on The MMA Hour via MMA Fighting. “He has never said to me, ‘Oh, I’m gonna hand back the 45 or the 55.’ Any time I’ve heard him talk about it, he’s been very clear, very loud, very vocal about saying he fights very often. Look how close he is from fighting, literally just a couple of months ago. It’s not unusual for a champion to defend the belt once a year or twice a year.”

That means “Notorious” actually has plans to try and defend both titles if the ….View full article