Home MMA News Coach: ‘Healthy’ Brock Lesnar wants to prove to himself that he can win titles in MMA
ShareTweet 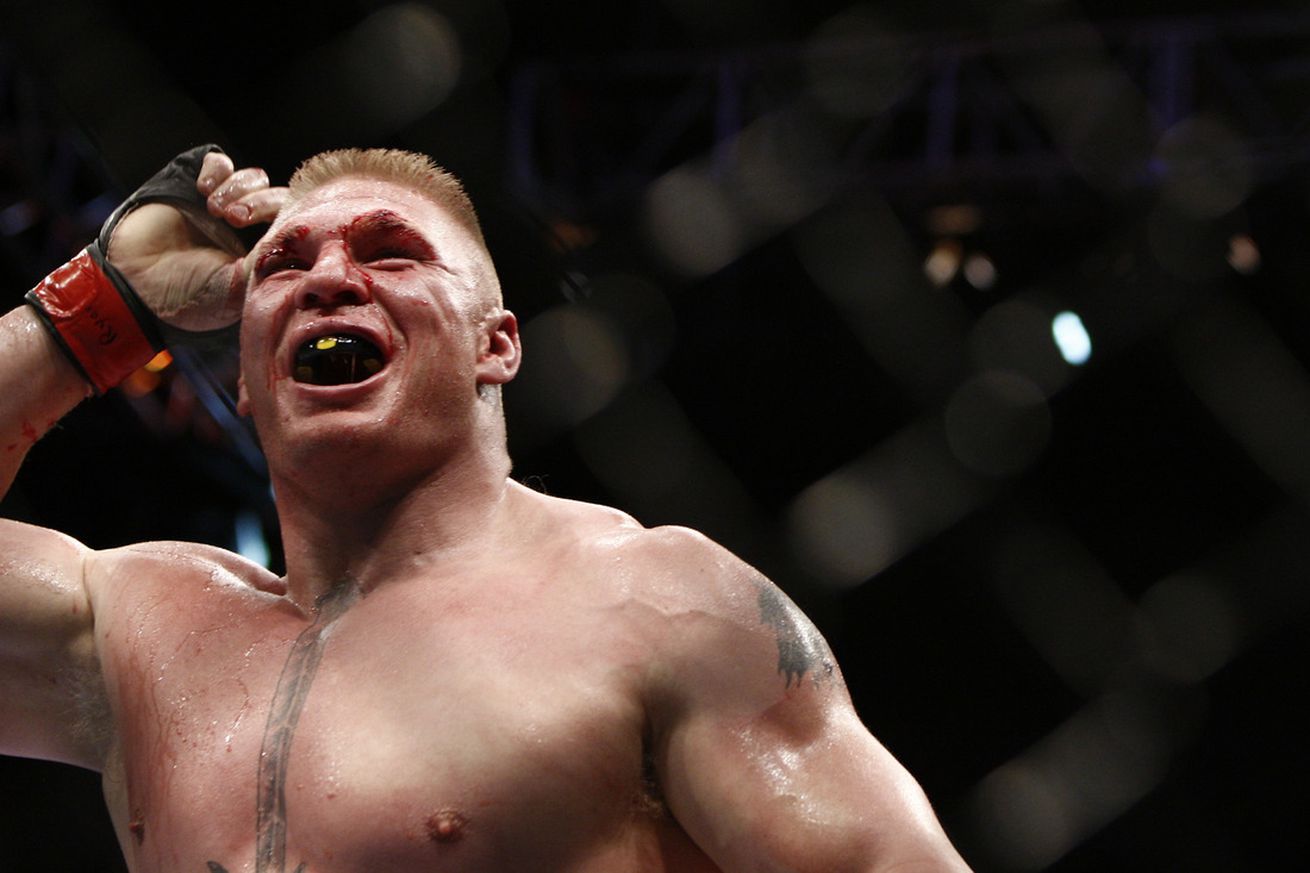 Brock Lesnar is back, and he’s doing it to prove to himself he can be the best heavyweight in the world now that he’s healthy.

The former UFC champion retired from the sport after losing to Alistair Overeem in 2011, but it had a lot to do with the health condition he battled for years. With his diverticulitis issues in the past, Lesnar returns to the Octagon on July 9, facing Mark Hunt at UFC 200, and his jiu-jitsu coach Rodrigo “Comprido” Medeiros is excited to see him train normally again.

“He’s doing great physically and mentally,” “Comprido” told MMA Fighting. “That’s something he wanted to do. It was his choice. The UFC didn’t go after him, he went after the UFC. He wants to prove to himself that he can do interesting things in MMA now that he’s healthy. Win fights, win titles. He has that inside of him. He couldn’t perform at his best for years due to his disease. He had surgery and didn’t wait enough to fight again. He’s training well now. I’m excited and confident.”

Medeiros was also part of Lesnar’s camps when he was UFC champion, and recalls the rough patch the heavyweight went through in 2010 and 2011.

“It was weird because we had no idea what was going on,” “Comprido” said. “He had that for years. At first, since he was a strong guy and had a healthy lifestyle, he was able to hide the symptoms. But when he was going to fight Junior (dos Santos), we found out. It was a horrible camp. He trained two days, and couldn’t do anything else the next two days. He went to the doctors and they couldn’t find out what was going on.

“When he finally found out, it was a bizarre situation,” he continued. ….View full article