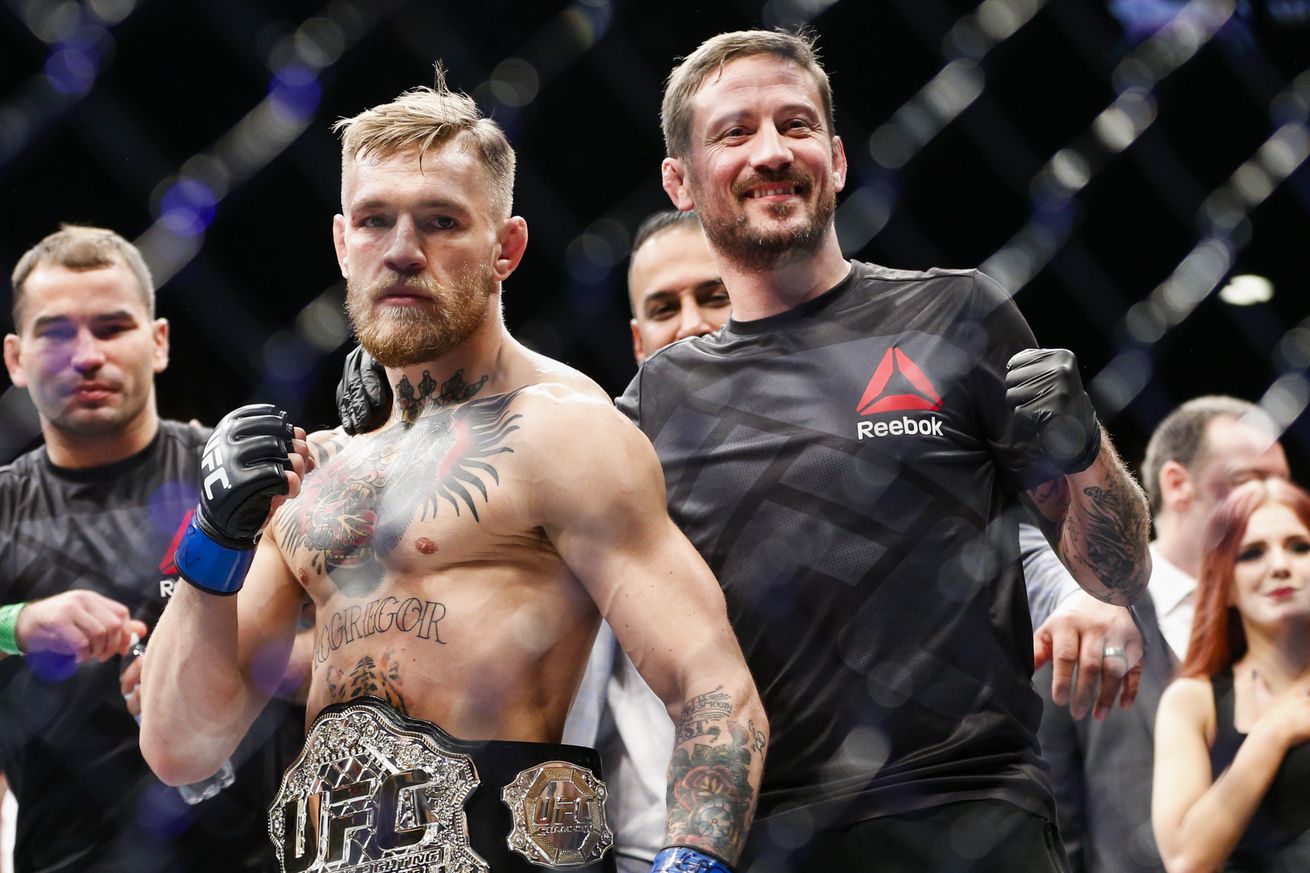 Conor McGregor is known for his loyalty and that doesn’t seem likely to change heading into one of the biggest combat sports events ever.

McGregor’s boxing coach Owen Roddy revealed who will be in McGregor’s corner for the massive boxing match against Floyd Mayweather in an interview with Ariel Helwani on Monday’s edition of The MMA Hour.

The names are familiar ones for UFC fans: McGregor’s head coach John Kavanagh, Roddy, UFC fighter and longtime training partner Artem Lobov and a spot still up in the air.

“At the moment, it’s going to be me, John, possibly Artem and I think there’s four,” Roddy said. “Obviously he’ll have to get his own cut man and stuff like that. He hasn’t sorted that just yet. But it’ll definitely be myself, John and Artem at the moment.”

None of those names have real boxing experience, with the possible exception of Roddy. But then again, neither does the Irishman McGregor who will be 0-0 as a pro going into the bout with Mayweather on Aug. 26 at T-Mobile Arena in Las Vegas. Mayweather, meanwhile, is 49-0 and regarded as the best boxer of his generation. McGregor is the UFC lightweight champion and former featherweight champ.

The people in his corner shouldn’t come as too much of a surprise to those who know McGregor. He has said over and over again how much his team has meant to him. Roddy has been McGregor’s striking coach for 13 years, since he first set foot at SBG Ireland.

“We’re not bringing anybody in as of yet, but who knows down the line,” Roddy said. “We’re gonna head over the states in the next couple of weeks. But at the moment, we’re in Dublin, we’re all working together. We came up with a game plan that we think can shock the world and we’re gonna stick to that for the time being.”

Roddy did not completely rule out bringing in another coach once the team arrives in the United States. And McGregor will add some boxing sparring partners once he gets to either Los Angeles or Las Vegas, which has not been decided yet. Those names have not been confirmed, Roddy said.

Either way, Roddy is very confident that McGregor will finish Mayweather with the strategy that the team has already laid out.

“We believe that there is shots that can land,” Roddy said. “I believe that we have a game plan and I think Conor can go in and execute. if he does, I think we can cause the upset.”