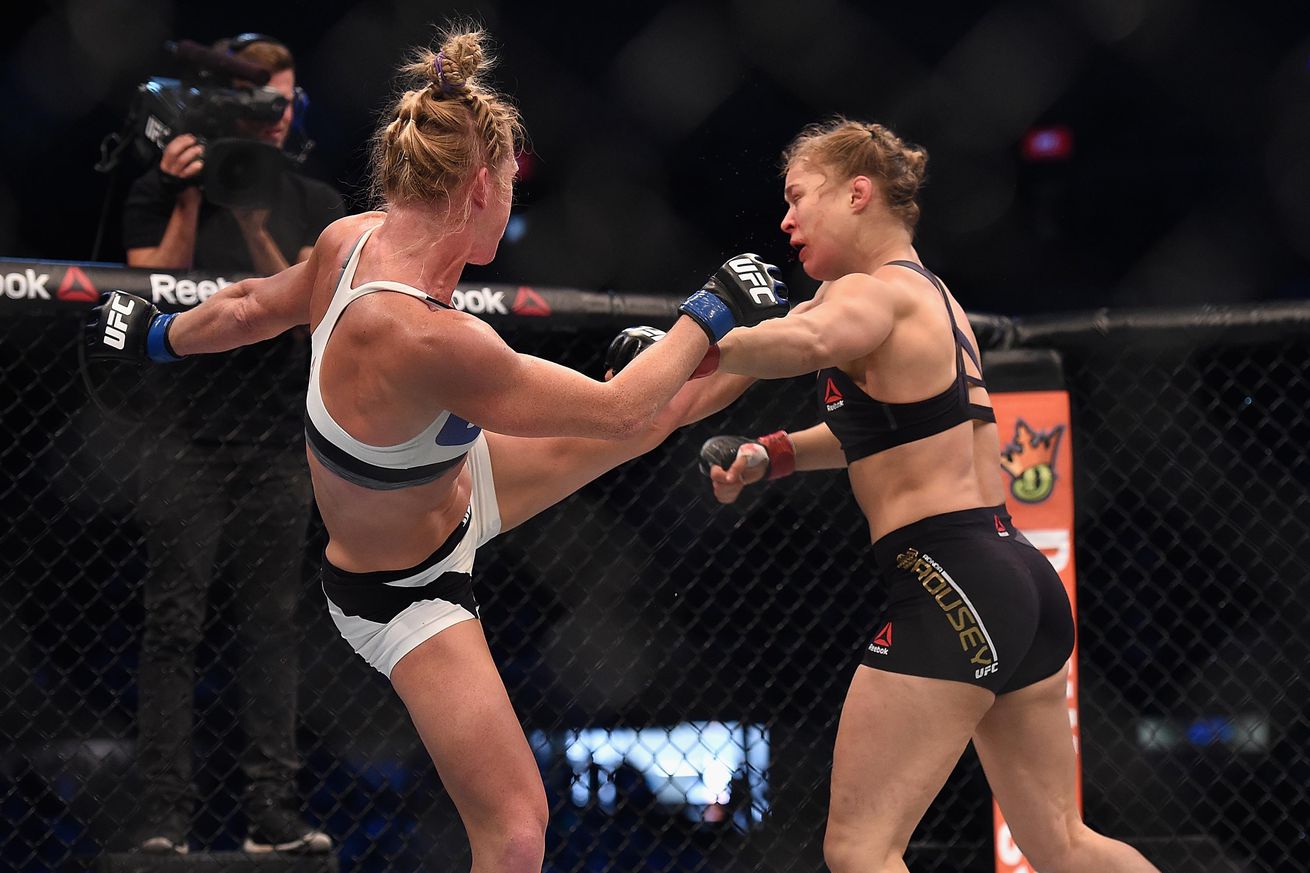 In order to move forward, you have to stop looking back.

That’s the motto Edmond Tarverdyan is taking with Ronda Rousey as she looks to bounce back from her devastating knockout loss to Holly Holm at UFC 193 last November.

And one of the steps the trainer is taking is putting away the video of that loss, and not letting “Rowdy” relive the only defeat of her mixed martial arts (MMA) career.

“It’s not about wanting to watch, it’s about whether or not the timing is right or if it’s even necessary. I know how to speak to Ronda,” Edmond told ESPN. “I know Ronda very well. She doesn’t need to watch that fight. The fight is over. It’s about what we’re doing now. It’s my job to watch the footage and I’m dedicating everything I have to Ronda’s rematch with Holly.”

While the tactic may be unusual, Tarverdyan is adamant the judoka doesn’t need to re-watch the loss time and again to better herself. As far as bettering his strategy, Edmond will surely tweak a few things for a potential rematch.

While he received plenty of backlash for his gameplan and advice during the championship bout against “The Preacher’s Daughter” (read it), Edmond says he’s fine with taking the blame.

Because while the criticism continues — especially from Rousey’s mother — Tarverdyan still has Rousey’s full support.

“When you’re up there, somebody needs to be blamed for it,” Tarverdyan said. “I’m taking the blame. I’m okay with that. I know what reality is. I accept reality. Reality is people will talk all kinds of unnecessary stuff. As long as my fighter believes in me, I believe in my fighter and we’ll move on from there.”

Before Team Rousey can plan a comeback, Tarverdyan has to serve a three-month suspension and fork over ….View full article