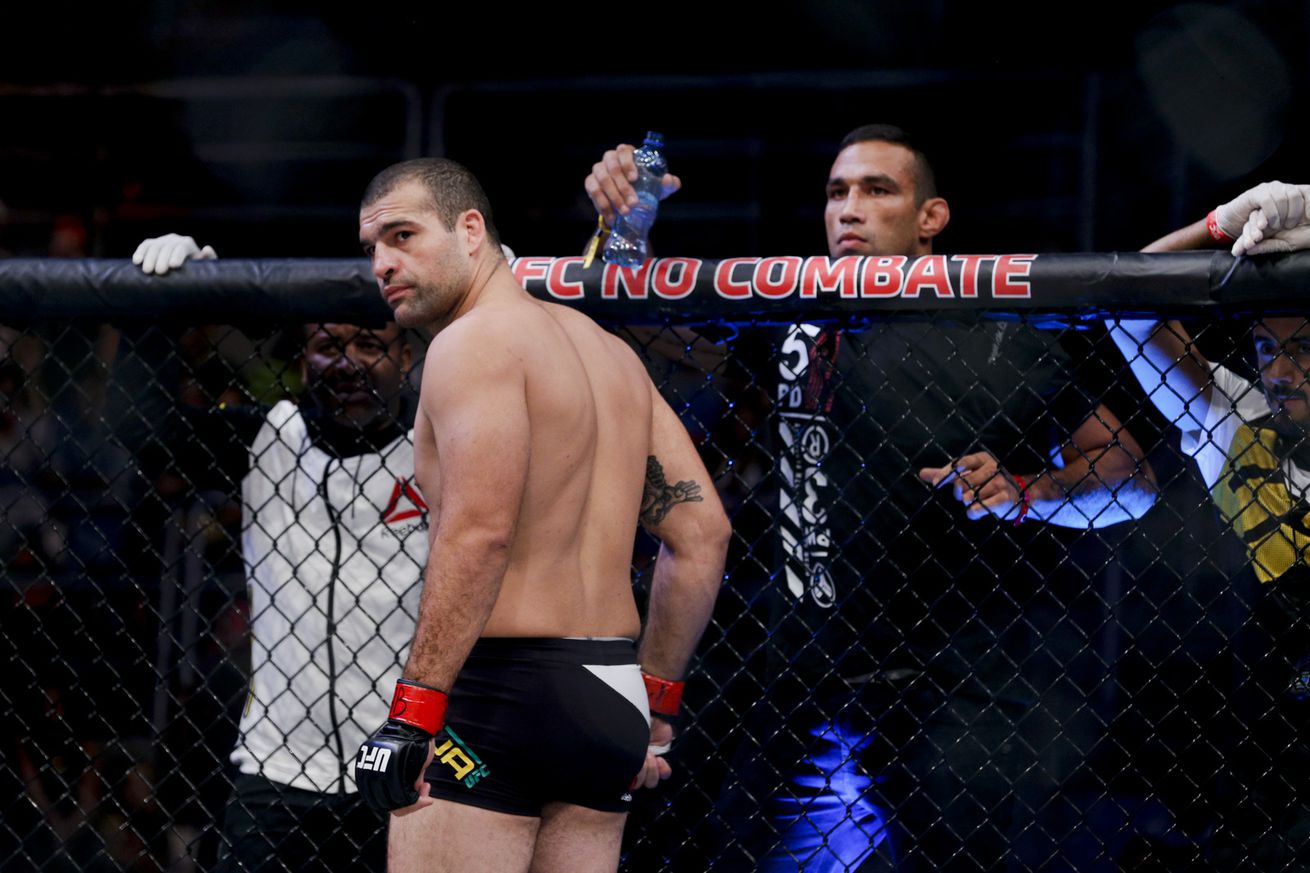 Mauricio Rua will no longer fight Rashad Evans at UFC on FOX 19, but the former UFC light heavyweight champion was willing to step inside the Octagon injured.

The UFC announced Wednesday that “Shogun” suffered an undisclosed injury and was replaced by Glover Teixeira on the April 16 event. Rua’s coach, Rafael Cordeiro, told MMAFighting.com that the Brazilian was still interested in competing despite an “old knee injury.”

“Shogun had a knee injury for a while, and felt it again training jiu-jitsu,” Cordeiro said. “He went to the UFC doctor to check and continued training, but the UFC contacted him and cancelled the fight. Shogun said he would still fight despite the injury, but the UFC called and decided to cancel. That came directly from Lorenzo [Fertitta]. Lorenzo saw the exams, saw it was an old injury, and the UFC decided to remove him from the fight. He’s out of this one.”

A UFC official told MMAFighting.com that the decision was made with Shogun’s health, safety and performance in mind. Rua, who suffered multiple knee injuries in the past, hasn’t fought since a unanimous decision victory over Antonio Rogerio Nogueira in August.

“Shogun” has no timetable for his return to the Octagon, and Cordeiro wouldn’t commit to the idea of having him compete at UFC 198, scheduled to take place in his hometown Curitiba on May 14.

“We’re waiting for the UFC doctors to hear what they want to do with Shogun next, the timetable for his recovery,” he said. “That answer depends on the UFC. The UFC will determine Shogun’s return. But he’s motivated to fight. He’s physically prepared for a fight, excluding this old knee injury.”