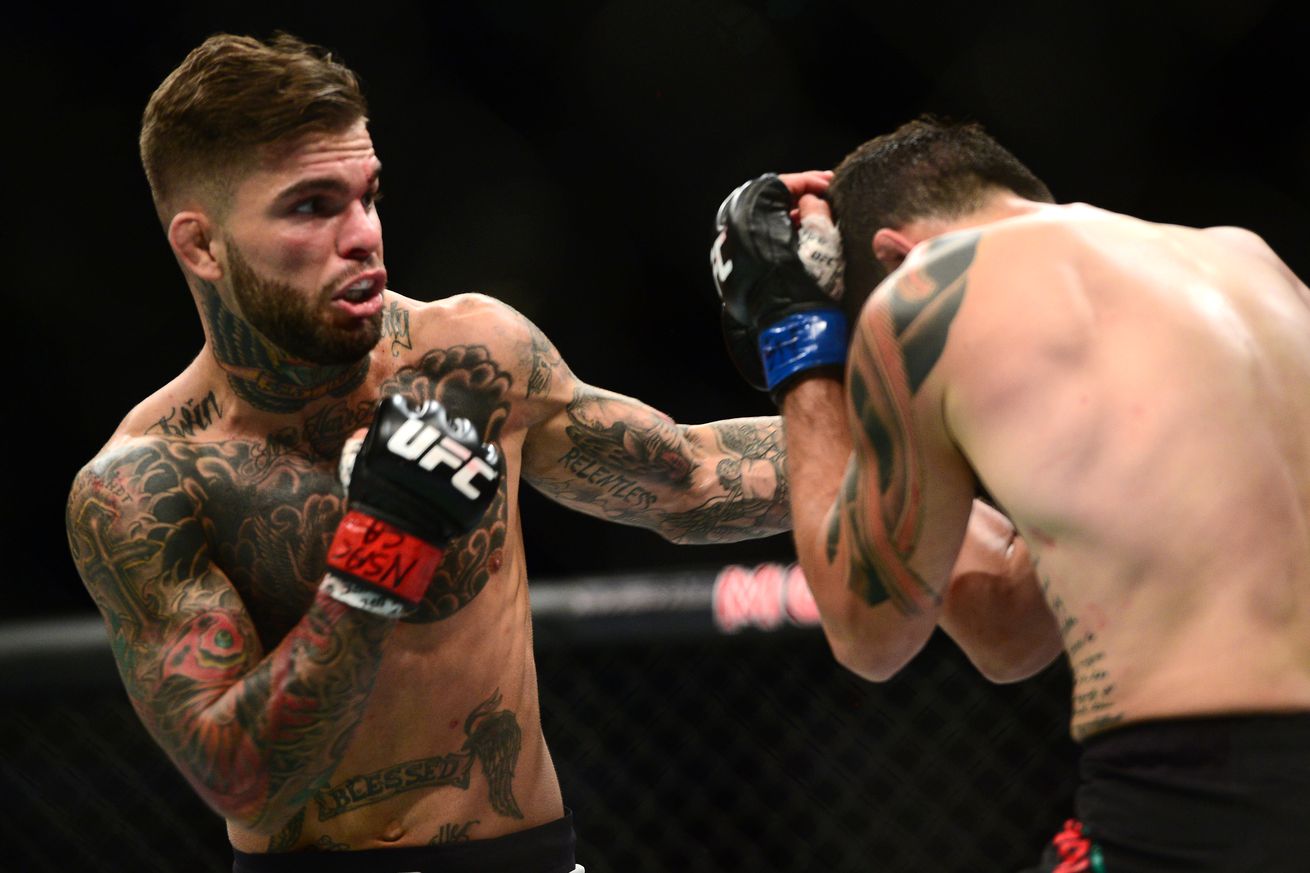 As two of the more entertaining strikers the 135-pound division has to offer, Almeida and Garbrandt have the potential to turn in one of the best fights of 2016. And considering the winner of their Memorial Day weekend showdown will be that much closer to a title shot, the stakes are as high as they’ve ever been for these two youngsters.

Unfortunately, the action nearly ensued way before Garbrandt ever entered the Octagon. In a recent Twitter post by ESPN’s Brett Okamoto (shown below), Garbrandt apparently got into a brief scuffle at his hotel with Almeida’s team.

Garbrandt tells me he was by himself today in Mandalay and got into it with Almeida’s team. Says security stepped in and broke it up quick.

While it doesn’t seem as if anything escalated outside of poor language and hard shoves, the bad blood is beginning to boil just two days before UFC Fight Night 88. After the altercation, “No Love” took to Twitter to voice his frustrations:

Your team is only making it worst for you trying to start shit in the hotel I’ll smack everyone of you Chute Bitch!!

The 24-year-old has certainly displayed a short fuse in the past, specifically being the first guy to step up to Conor McGregor on the set of The Ultimate Fighter after the Irishman challenged the integrity of Team Alpha Male (shown below), but it’s likely that Garbrandt was simply defending himself in a potentially dangerous situation.

In any ….View full article