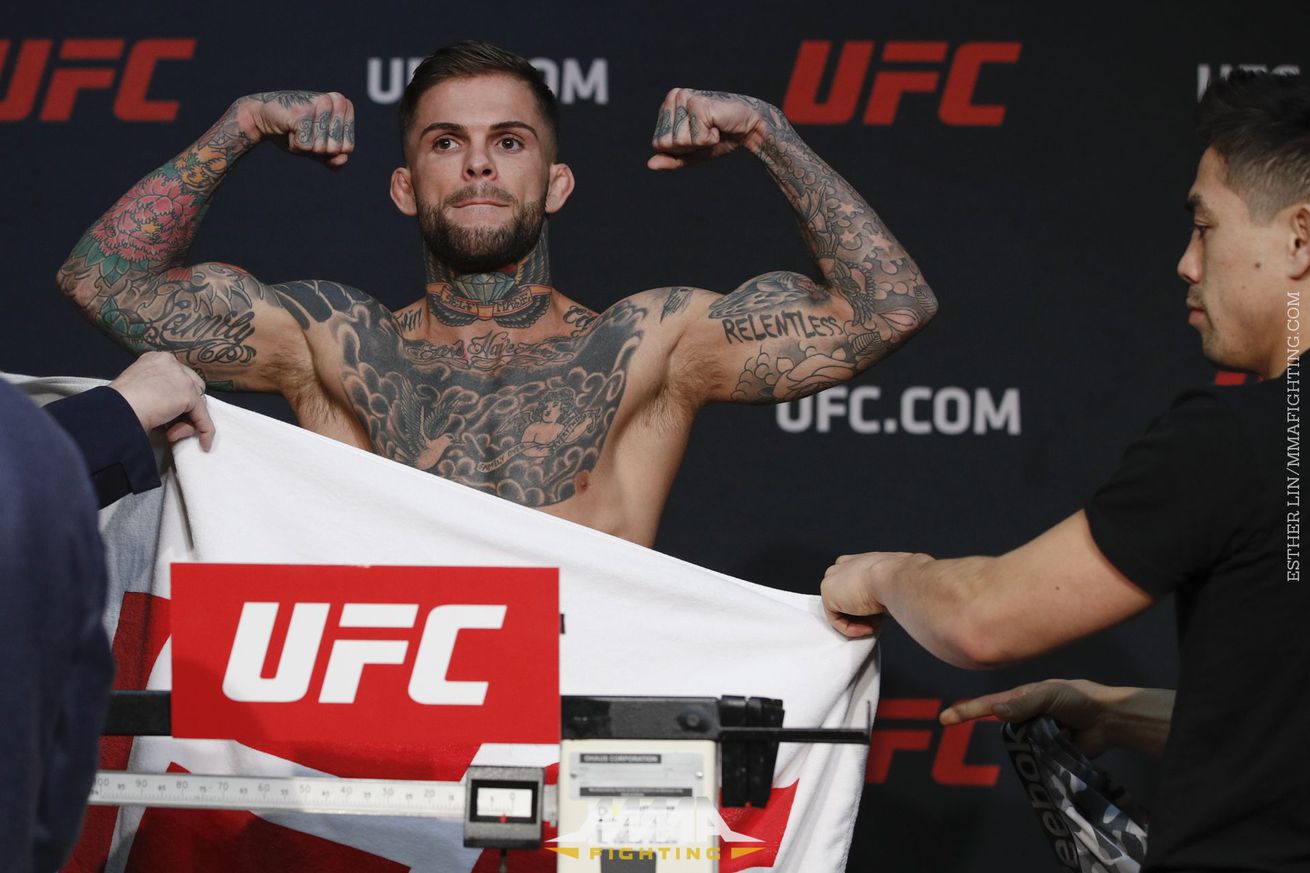 The bad blood between Dominick Cruz and Cody Garbrandt is — to steal a phrase — as real as it gets. And it’s now extending to their teams.

A day after a heated head-to-head interview, the pair, as wells as their teams, got into it during Thursday morning’s official weigh-ins.

MMAFighting.com spoke to both me shortly thereafter about what happened. Here’s Stephens side:

“I was a little bit further behind, grabbing a couple bags, and I see Dominick getting into it with Cody. The UFC is then, like, OK, you can go over there. So of course, I’m following behind, kinda seeing them get into an altercation. Dom kinda turns around, he’s talking crap and Cody walks away. As I’m doing that, the UFC guys tell me I have to go through a certain door. So I turn my back and I take a couple steps and then I hear someone say, Yeah, you better keep walking. You and your whole team blah blah blah. I look over and it’s Cody approaching me. He’s coming at me fast, like he’s going to push me. I just put my arm out and the security guy picks me up, moves me out. Cody starts getting all hot-headed, screaming, trying to throw his shirt off, trying to fight me. I’m laughing. Like, Hey bro, you better get serious, you’re fighting my teammate tomorrow. I’m here for Dom. Then they broke it up. I was just shocked by the whole situation. This dude has got a fight coming up and he’s mad at me. I thought me and him were cordial. I got no problems with him. I’m here to support my teammate.”

When asked to clarify if it actually got physical between the two, Stephens said, “I stiff-armed him. We both kinda grabbed each other.

He then added to he was surprised the UFC didn’t do a better job avoiding altercations like this:

“I’m shocked that the UFC would even allow us to be crossing paths with these guys. Dom and him do not like each other. I honestly am shocked that he would even approach me, even when my back is turned. I avoided the whole situation. I didn’t want anything like that to happen. He starts approaching me, but he wants to make it sound like I’m the bad guy when I’m here to support my teammate. He’s here to fight and kick some ass.”

Garbrandt, for his part, texted his side of the story:

“Dude’s a b*tch and scratched my neck with his b*tch nails. He is lucky I had my hands full and was taken from behind by a few people. Cruz knows he can’t beat me so he brings his self-proclaimed savage in and hype man.

“Like Conor (McGregor) said, who the fook (sic) is that guy.”

Both Cruz and Garbrandt made weight Thursday morning and will fight Friday night for the UFC bantamweight title.