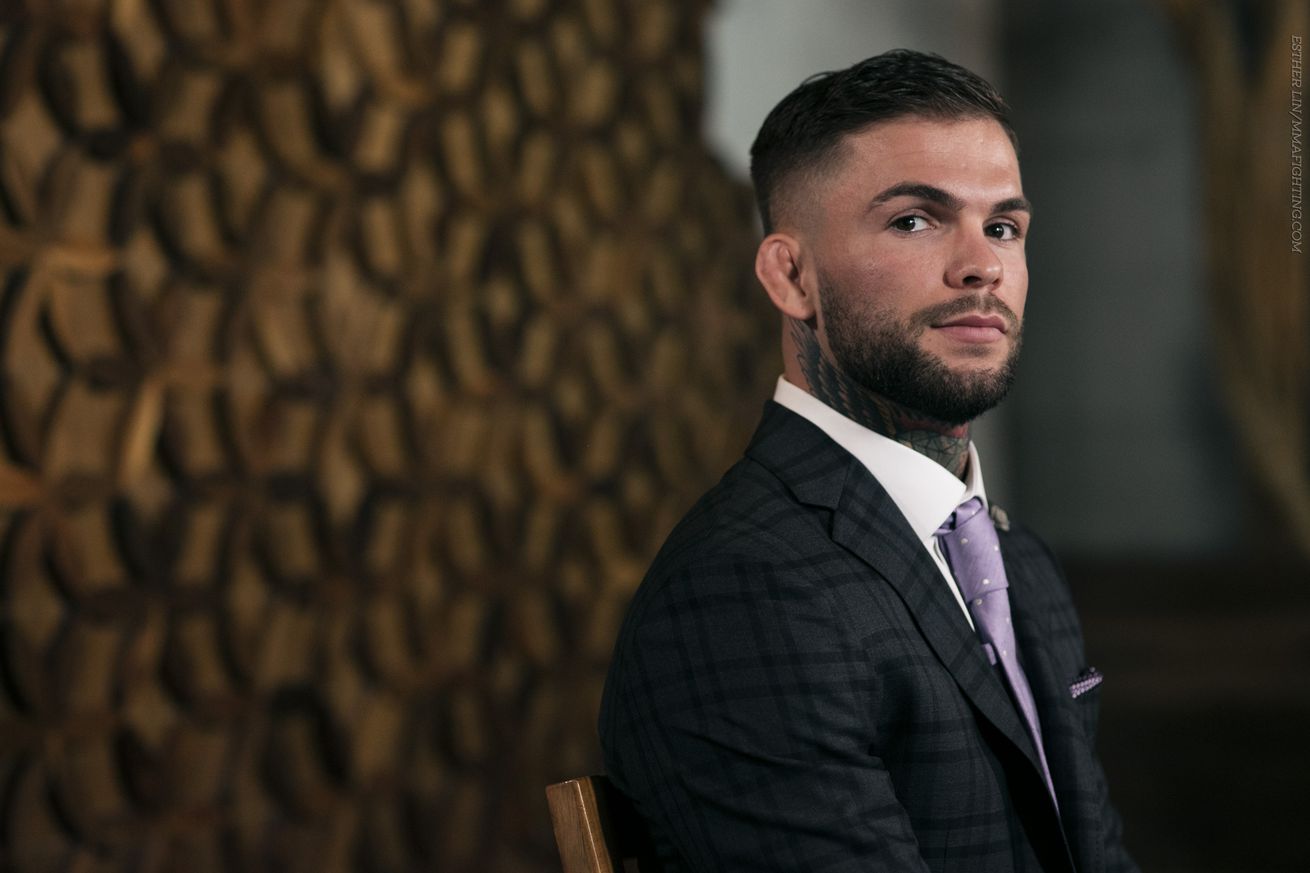 WEST HOLLYWOOD, Calif. — T.J. Dillashaw and Team Alpha Male had a bit of a nasty breakup last year and it has been well documented. Dillashaw departed in part to join up with his coach Duane Ludwig, who left Alpha Male following a falling out with team patriarch Urijah Faber.

Dillashaw and Faber have gone back and forth in the press. There was even talk for a while about a fight between the two of them. There is legitimate heat there.

But Dillashaw has also remained friends with a few of his former teammates. That doesn’t sit quite right with rising Team Alpha Male star Cody Garbrandt.

“Loyalty,” Garbrandt said Monday at a media lunch. “I’ve always been brought up on loyalty. A lot of behind the scenes stuff that I’ll keep off that. He’s on my hit list as well. He’s super close with some of the guys, which I’m not really cool with that, but they’ve had their friendship built for those years, so you can’t take that away from them. It’s just weird that he tries to be a part of something that he left. I don’t know. It’s silly to me.”

Garbrandt meets Takeya Mizugaki at UFC 202 on Saturday in Las Vegas. It’s a critical fight for him, one he hopes earns him a title shot. That opportunity would come against Team Alpha Male rival Dominick Cruz, the UF bantamweight champion. Garbrandt already has his plans all laid out. Mizugaki, Cruz and then a grudge match with the belt on the line against former champ Dillashaw.

Those two have also exchanged barbs in the media. Garbrandt said recently that he knocked Dillashaw out in training, which Dillashaw responded by saying the story was fabricated. Garbrandt said Monday that the only reason why he ….View full article