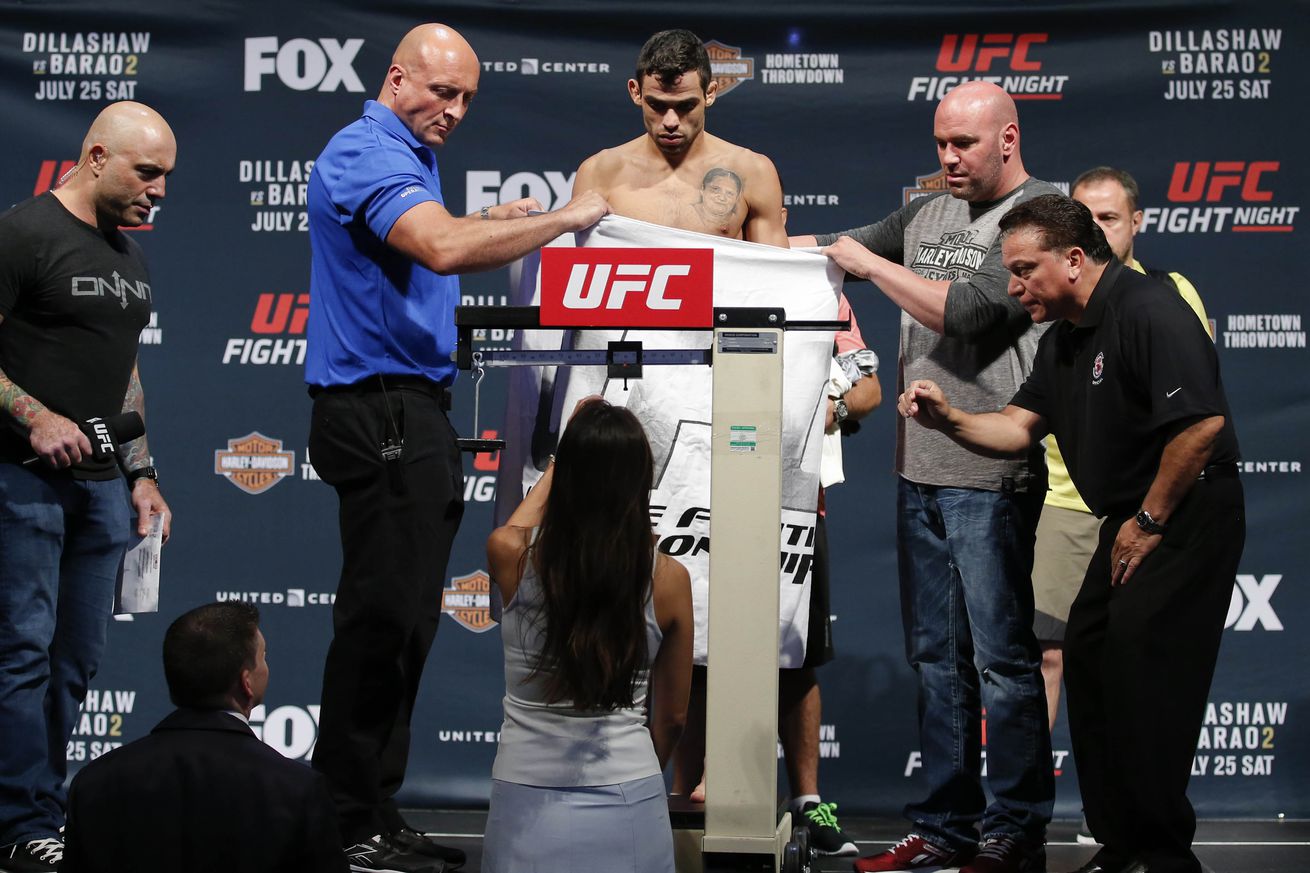 California State Athletic Commission (CSAC) is not convinced that Renan Barao can safely cut back down to 135 pounds, after the Brazilian was hospitalized a few years back trying to battle TJ Dillashaw in Sacramento.

See how that debacle unfolded here.

Instead, the former bantamweight titleholder will be required to fight Aljamain Sterling at a catchweight of 140 pounds, though a successful weight cut will open the door for future 135-pound fights in his “Golden State” return.

If and when that ever happens.

“The last time we had to regulate Mr. Barao at 135, it didn’t turn out so good,” CSAC Executive Director Andy Foster told FloCombat. “Last time he was here, he didn’t make the weight. I don’t even know if that’s an accurate statement. He didn’t weigh in. That’s probably a better statement. So we’re going to 140, and I think that’s a responsible course of action.”

Barao jumped up to featherweight for a pair of fights, a loss to Jeremy Stephens followed by a win over Phillipe Nover, then felt confident enough to return to his old stomping grounds at 135 pounds.

“Looks like the commission is making the weight cut easier for Barao,” Sterling wrote on Instagram. “Bantamweight, featherweight, or catchweight, it doesn’t matter to me! Either way the commission isn’t gonna stop me from putting this guy on his back and dropping some hellbows on his face!”