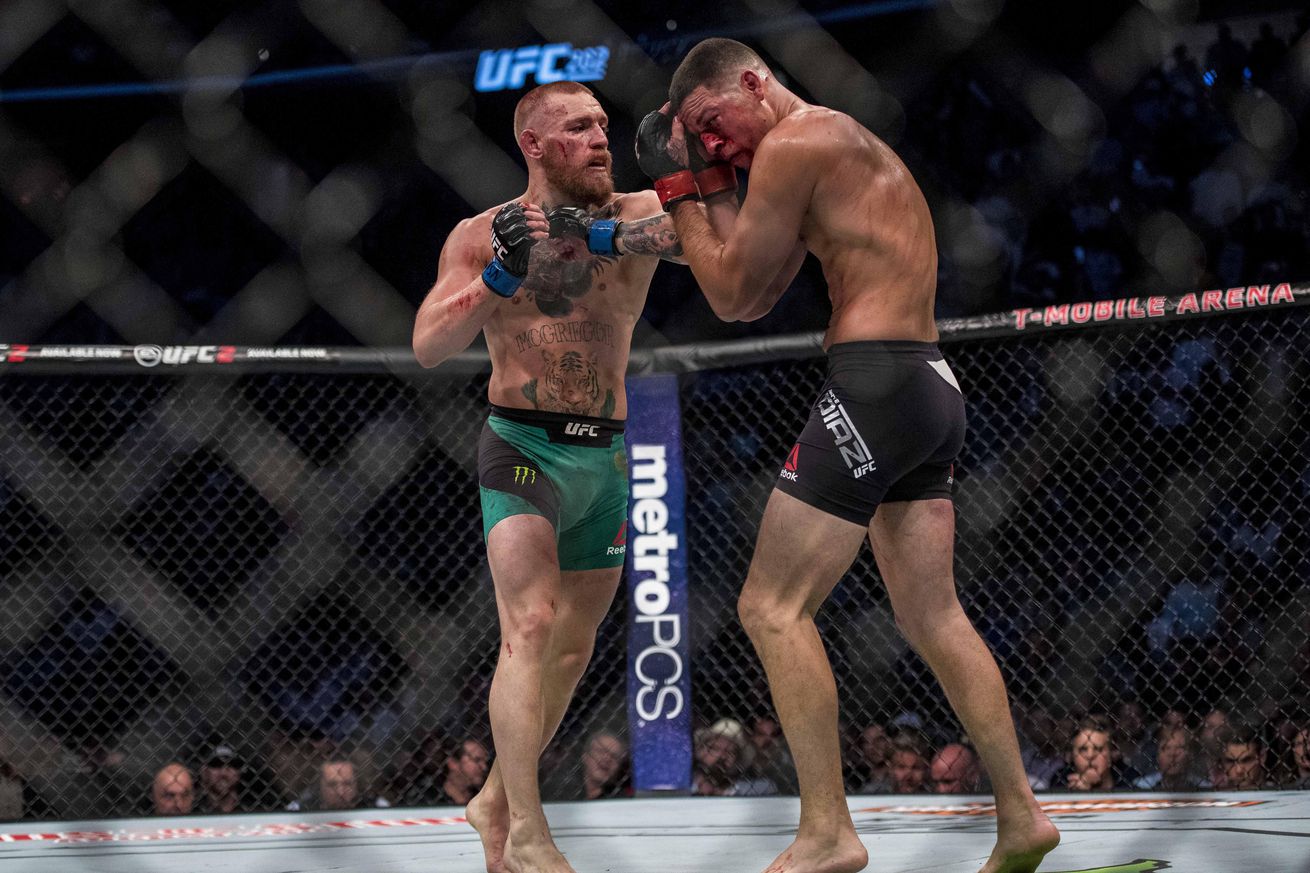 In other words, Diaz is a career Lightweight. In fact, he has just six professional mixed martial arts (MMA) bouts as a Welterweight in 30 career appearances. And he’s just 3-3 at 170 pounds. Yet, according to Featherweight champion Conor McGregor — who fought Diaz twice at 170 pounds this year — he is “three times” his size.

“I’m going to be struggling to see who’s next [after Eddie Alvarez],” McGregor said in a recent episode of “The Mac Life.” Really, who the fuck is next? Who has gone out there time and time again — back-to-back-to-back — putting it all on the line and continuing to show up? They all say I’m all talk, but I look at them and say they’re all talk because I’m here fighting every week. I even had to fight a guy three times the size of me, and now, I’m back again.”

Perhaps he’s concussed confused? Yes, McGregor agreed to compete at 170 pounds when Rafael dos Anjos was forced out of UFC 196 earlier this year. But, that’s because Diaz was on a boat in Mexico doing shots of tequila when he was asked to step up on just 11 days notice. And when Diaz submitted McGregor, and the Irishman was “obsessed” with an immediate rematch, it was “Notorious” who demanded it remain at the same contracted weight to eliminate any doubt if he was victorious (and he was).

It’s such a silly exaggeration, which he and Dana White continue to make. ….View full article