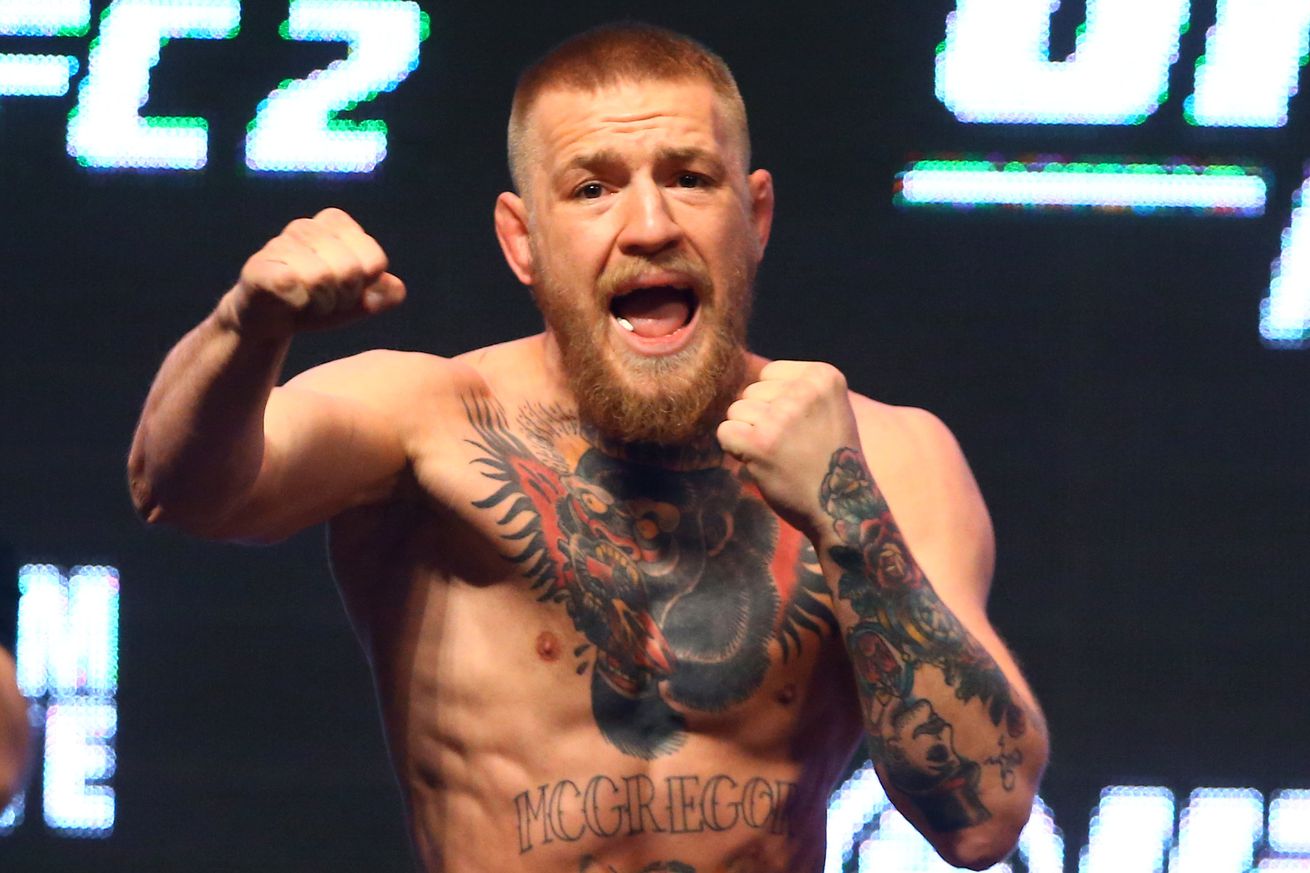 But at least he had the balls to show up.

That’s the message from “Notorious” in the wake of his first defeat under the UFC banner, which drew criticism from Brazilian haters Jose Aldo and Rafael dos Anjos. The former called McGregor a “pussy” for coming up short, while the latter found his ex-foe “soft.”

I stormed in and put it all on the line. I took a shot and missed. I will never apologize for taking a shot. Shit happens. I’ll take this loss like a man. I will not shy away from it. I will not change who I am. If another champion goes up 2 weights let me know. If your tired of me talking money, take a nap. I’ll still be here when you wake up with the highest PPV and the gate. Still talking multi 7’s. Thank you to the true support and fuck the hate that came out of the woodwork. I love it all. Its still steak for breakfast. I’ve been here many times in my life in some form or another. I’ll eat it all and come back stronger. Aldo you are a pussy. Dos anjos you are a pussy. When the history books are written, I showed up. You showed up on Twitter. To the fans! Never ever shy away from challenges. Never run from adversity. Face yourself head on. Nate I will see you again.

McGregor is expected to return to the 145-pound division and defend his title at UFC 200.