Home MMA News Conor McGregor doesn’t plan to vacate titles after UFC 205: ‘Why not defend them both?’
ShareTweet 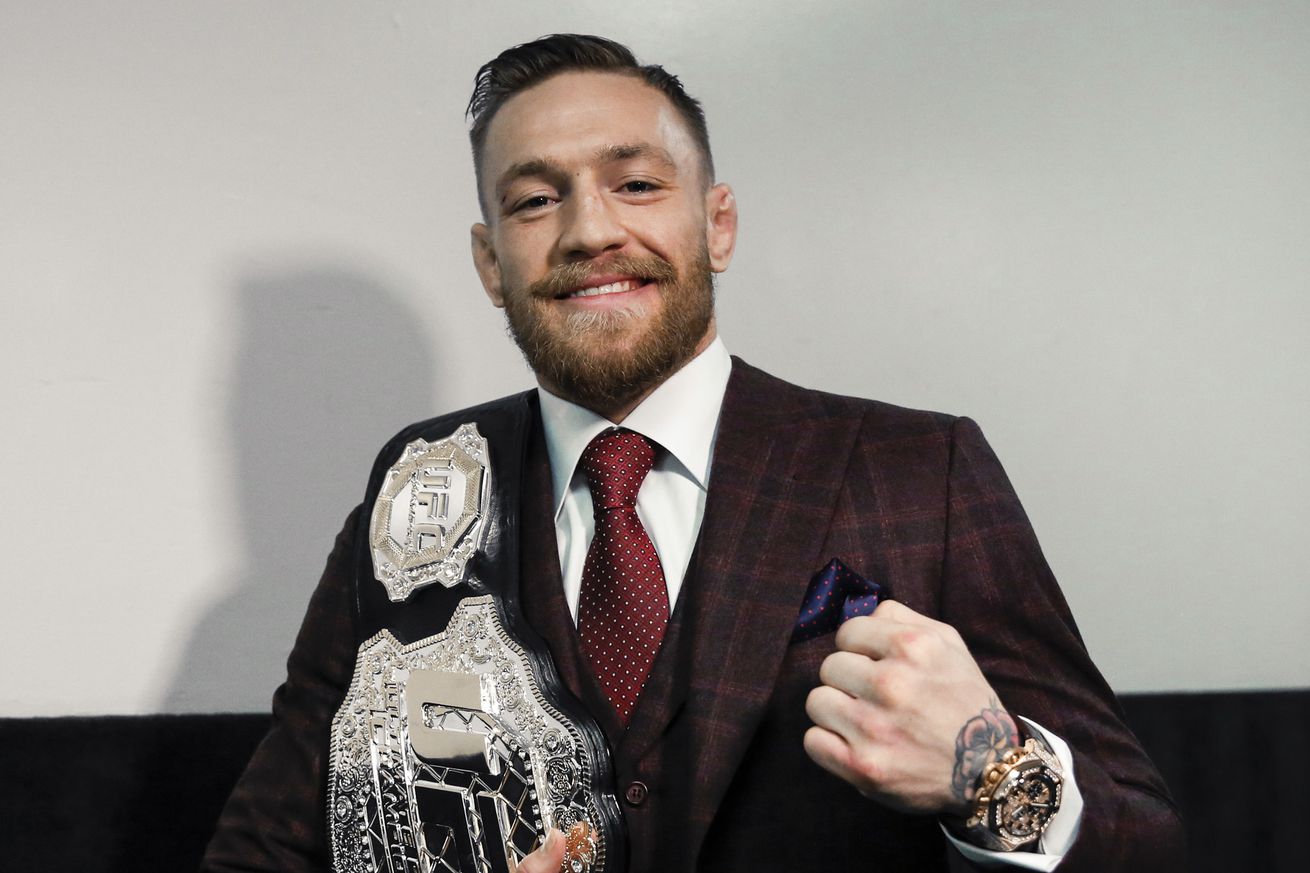 The running narrative from the UFC is that Conor McGregor will be forced to vacate either his featherweight or lightweight title if he is able to defeat the organization’s reigning 155-pound champion, Eddie Alvarez, on Nov. 12 in the main event of UFC 205.

But McGregor is an active fighter, one who has fought an average of every four months since he recovered from ACL surgery in mid-2014, and he doesn’t see the point of ruining such a historic feat.

“Vacate? I don’t know, we’ll see about that,” McGregor said on a Thursday conference call ahead of UFC 205. “Why not defend them both? I fight every week. I only fought last week. So, I can defend them both.”

On the surface, McGregor’s assertion flies in the face of past statements made by UFC president Dana White, who has insisted all along that McGregor will be forced to give up one of his titles with a win over Alvarez.

Still, White also insisted that McGregor would be forced to give up his UFC featherweight title in order to move up in weight and challenge Alvarez in the first place, and that didn’t end up happening. So while McGregor continues to maintain that the UFC will have to “gather an army” to take one of his belts after UFC 205, he also admitted to being frustrated by people’s insistence on looking so far ahead when such a historic event is standing right in front of them.

“I’m going to go out and put on a show and we’ll go from there,” McGregor said. “Everyone always looks ahead so much, talking about vacate the belt or let’s talk Vegas. It’s like, let’s enjoy this moment right now, because it took so long to get here. So many hours went into getting ….View full article