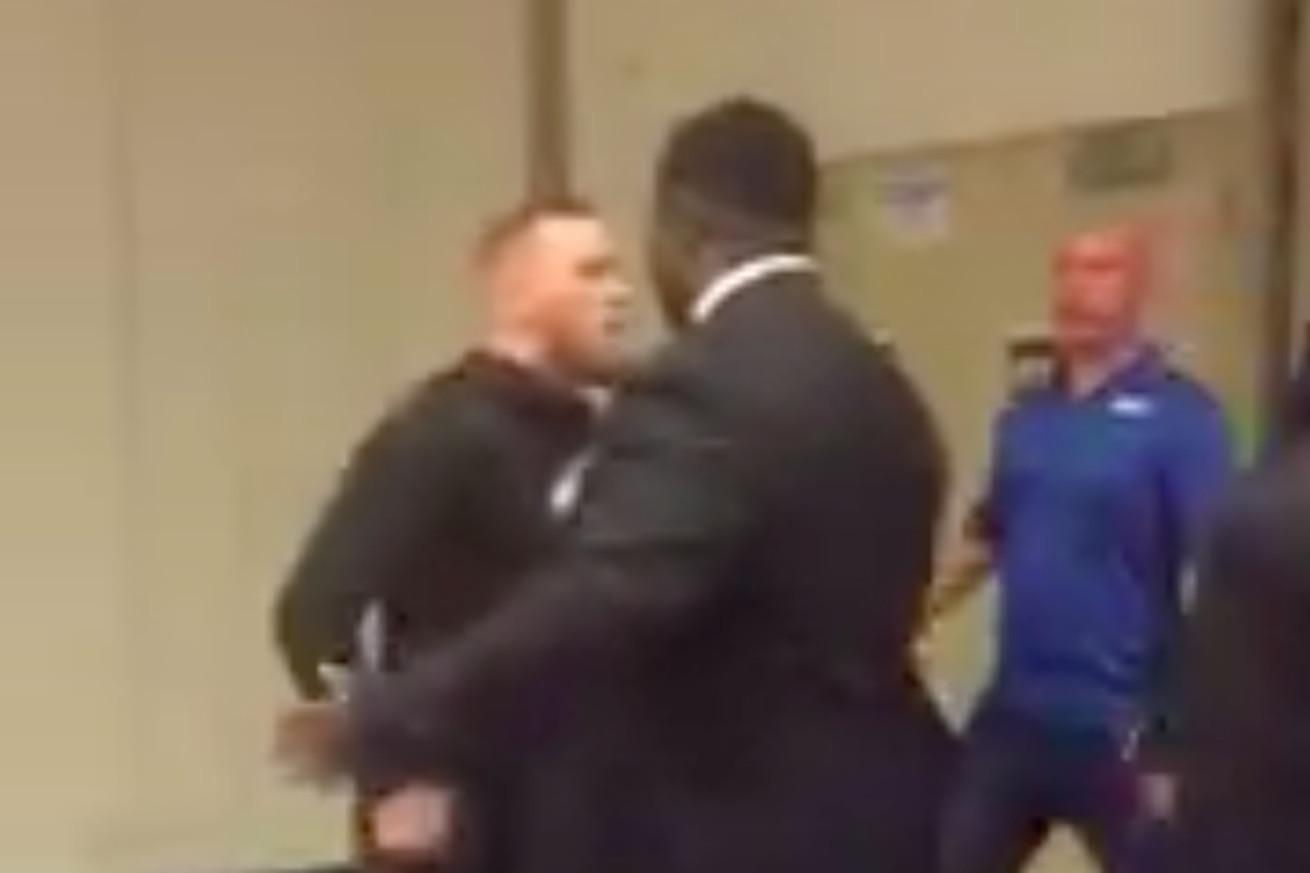 Conor McGregor seemed poised to throw down with just about everyone Friday.

Hours after a tense confrontation and Twitter beef with Tyron Woodley, McGregor had verbal altercations with both Woodley and Khabib Nurmagomedov backstage at the UFC 205 ceremonial weigh-ins Friday afternoon at Madison Square Garden in New York.

With Woodley, McGregor seemed to be shouting at him while waiting in line to get on stage for the weigh-ins. McGregor called him a “woman” with his “camera phone” and said Woodley was a “bitch,” piggybacking on what he said earlier on Twitter.

Nurmagomedov seemed to be the aggressor in the situation with McGregor, though it was hard to tell since the video only showed what was likely the tailed of the argument. Security got between the two men.

McGregor could end up facing both Woodley and Nurmagomedov in the future — just not at UFC 205 when McGregor challenges for the lightweight title against Eddie Alvarez on Saturday at MSG. Woodley, the welterweight champ, could be in McGregor’s sights if he beats Alvarez to make history as the first UFC fighter to hold two belts at two different weight classes at the same time. Woodley defends his belt against Stephen Thompson this weekend.

Meanwhile, Nurmagomedov meets Michael Johnson on Saturday and a win there could cement him as the No. 1 contender at lightweight. And McGregor could very well be the lightweight champion soon enough.