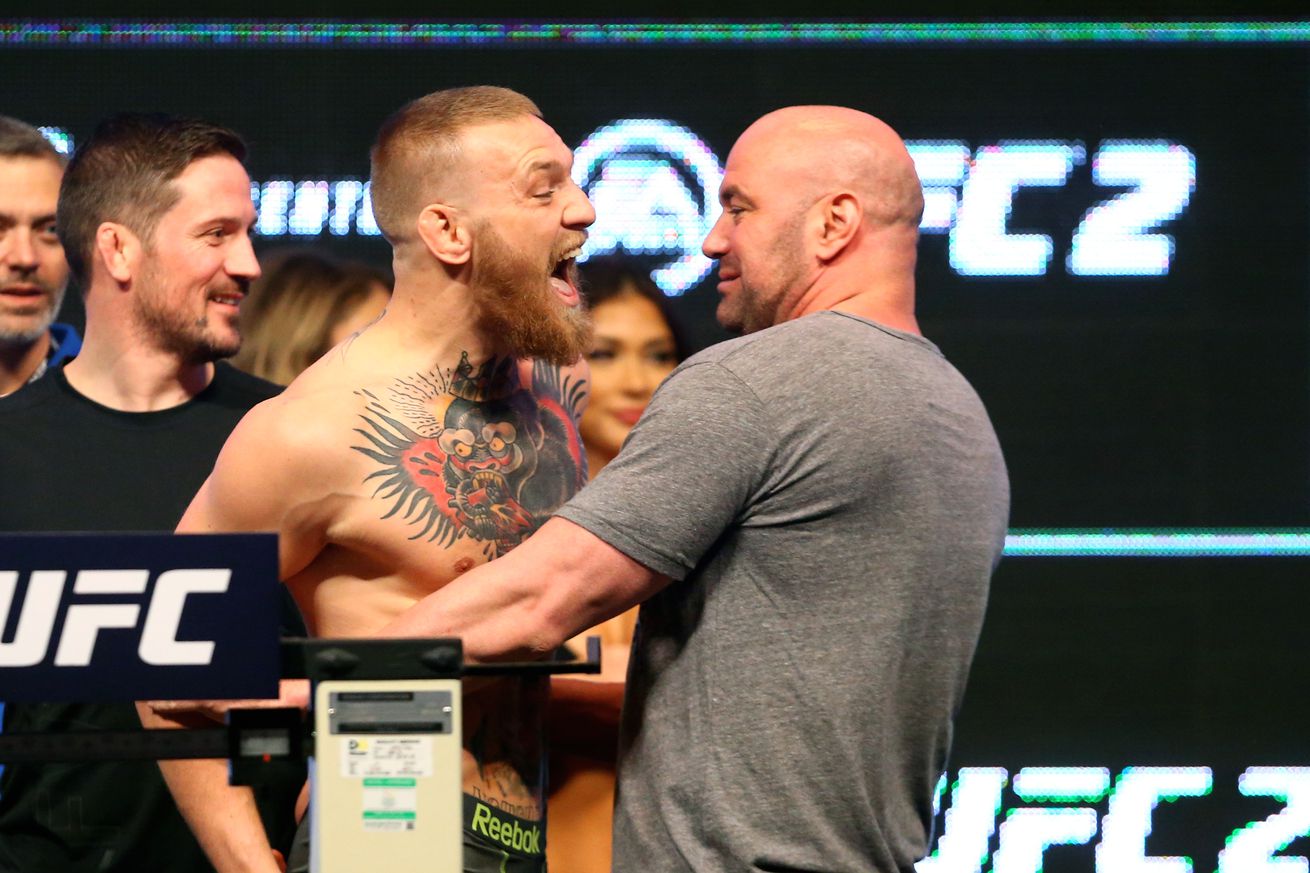 Sounds like Dana White is getting sick of all this Conor McGregor vs. Floyd Mayweather talk too. Yesterday, the UFC president made a point of saying he was willing to walk away from the fight if negotiations took too long. How long is too long? You’d figure with a potential billion dollar fight would result in some patience, but apparently not. In a new interview with Jim Rome, White put this Sunday as his deadline for locking things up with McGregor.

“I plan on having this thing locked up by this Sunday and then moving on to Team Mayweather and start to negotiate with them,” White said. “If we really do get it done in that time frame, then this thing could possibly happen. Again, I still have to go negotiate with them. There’s no guarantee that we’re going to come to a deal.”

“I think they are pretty good,” White said when asked how negotiations were going with Conor. “Hopefully Monday I’m going to sit down and negotiate with Team Mayweather. I just can’t keep messing with this thing, I have to run my business and I have to focus on all the other things that are going on around here.”

A strange attitude to take when Mayweather vs. McGregor would likely make the UFC more money than all the company’s other pay-per-views this year combined. But who knows, maybe all the recent UFC screw ups, from Georges St-Pierre’s cancelled comeback to Anderson Silva pulling out of UFC 212, are on account of White having his eye on the wrong thing?

It’s almost soothing to imagine that as what’s been going on, that everything will start running smoothly again after this week when White can concentrate solely on UFC stuff. Big main events will be signed, UFC fighters won’t be threatening to retire and strike, and the big stories can start being about the fighting in the cage rather than the fights outside.