Home MMA News Conor McGregor: How can you not respect Nate Diaz for the toughness he showed at UFC 202?
ShareTweet 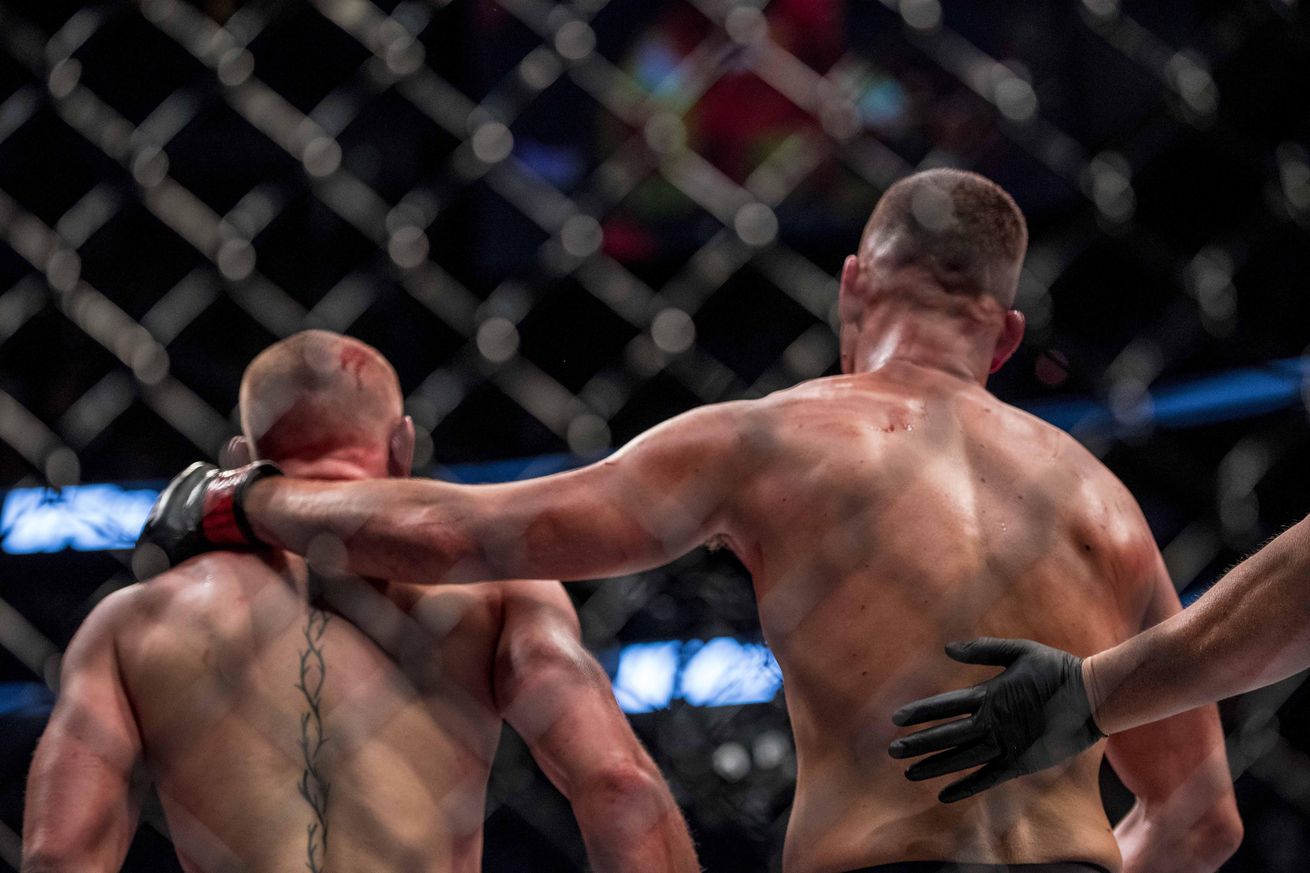 For all the trash talking and water-bottle throwing that Nate Diaz and Conor McGregor did in the leadup to their much-anticipated rematch at UFC 202, deep down, the combatants have a level of mutual respect toward one another.

That only grew after the dust settled in “Sin City,” as the Stockton slugger and “Notorious” engaged in one of the most exciting fights of the years, going blow-for-blow for 25 minutes in a blood-soaked battle (see it again here).

As McGregor told reporters during a media scrum afterward (via UFC on FOX), there is now way you can’t respect Nate for the toughness and endurance he displayed after getting busted open and leaking like a faucet.

“I tell you what, fuck leg kicks, my leg is a bitch after. I’ve maybe thrown maybe three in my whole career, usually if I’m fighting orthodox people. It’s a bit more risky, but this time you have to hit the legs on them,” said Conor. “We practiced leg kicks. And I tell you what, he’s gotten pretty good at checking them. He’s not Buddy Wallace, but he’s able to handle the leg kicks now.”

“He’s a lot more seasoned with them. I just kept kicking and I’m sure it st up some of the shots that I landed. It took the mind, I didn’t just head hunt I hit the leg, I hit the body and I didn’t overload on my shots,” he added. I had some clean work in there. When he stepped in a few time I threw some elbows. I tell you what man, his face was opened up and he still kept coming at me. You got to respect that, you got to respect Nate and the style of fighting that he brings. How can you not?”