Home MMA News Conor McGregor: I would beat Robbie Lawler, I’m too fast for him
ShareTweet 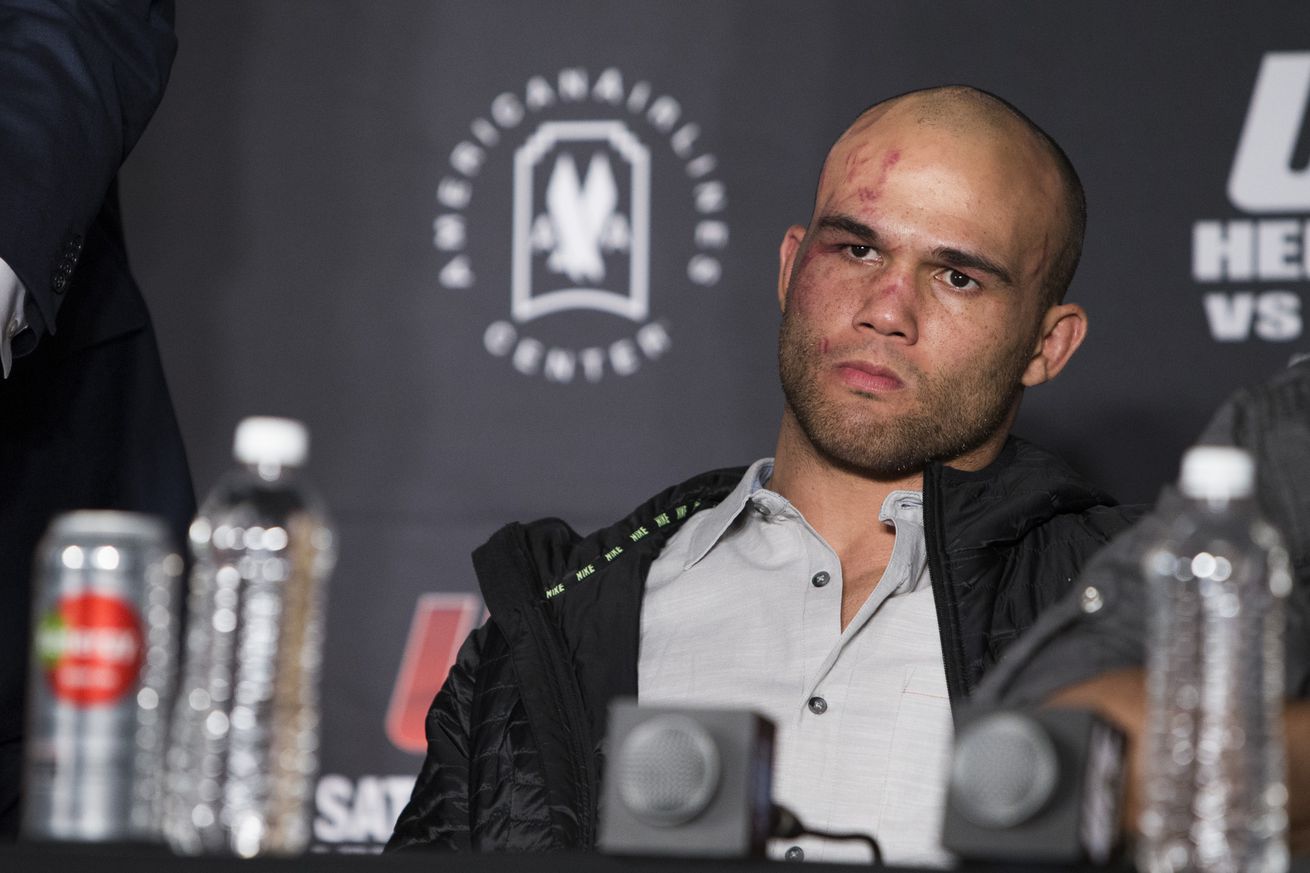 If Matt Brown had his way, Ultimate Fighting Championship (UFC) featherweight champion Conor McGregor would be fighting Robbie Lawler for the welterweight title at UFC 200, assuming “Notorious” can upend Nate Diaz at UFC 196 this weekend in Las Vegas.

But don’t expect a smear campaign from the trash-talking Irishman.

That’s because McGregor respects the “Ruthless” welterweight kingpin, who made his way back to the Octagon in 2013 and went 8-1, capturing the 170-pound title in the process. That doesn’t mean Lawler would win, it just means there’s a level of respect.

“Mystic Mac” sounds off at the UFC 196 open workouts (via MMA Fighting):

“I like Robbie, I won’t say a bad word about Robbie. He fights with his heart. He’s been around the game so, so long. But if we fought, I would beat Robbie. I’m too fast for him. The size difference is not anything. I’ve stood beside him. I’ve seen him. I respect [Lawler] as a champion, as a man who drifted off, came back, stayed on it and rose up and became the welterweight champion. We’ll see how that goes. That is an appealing one for me, the welterweight [title]. All the belts. We’ll see.”

As for Rafael dos Anjos?

McGregor appears to have already moved on from that “bum” after a foot injury torpedoed their UFC 196 lightweight title fight, hence the addition of Diaz. It should also be noted that “Notorious” still has work to do at 145 pounds, though it helps that his top competition is either hurt or out of shape.