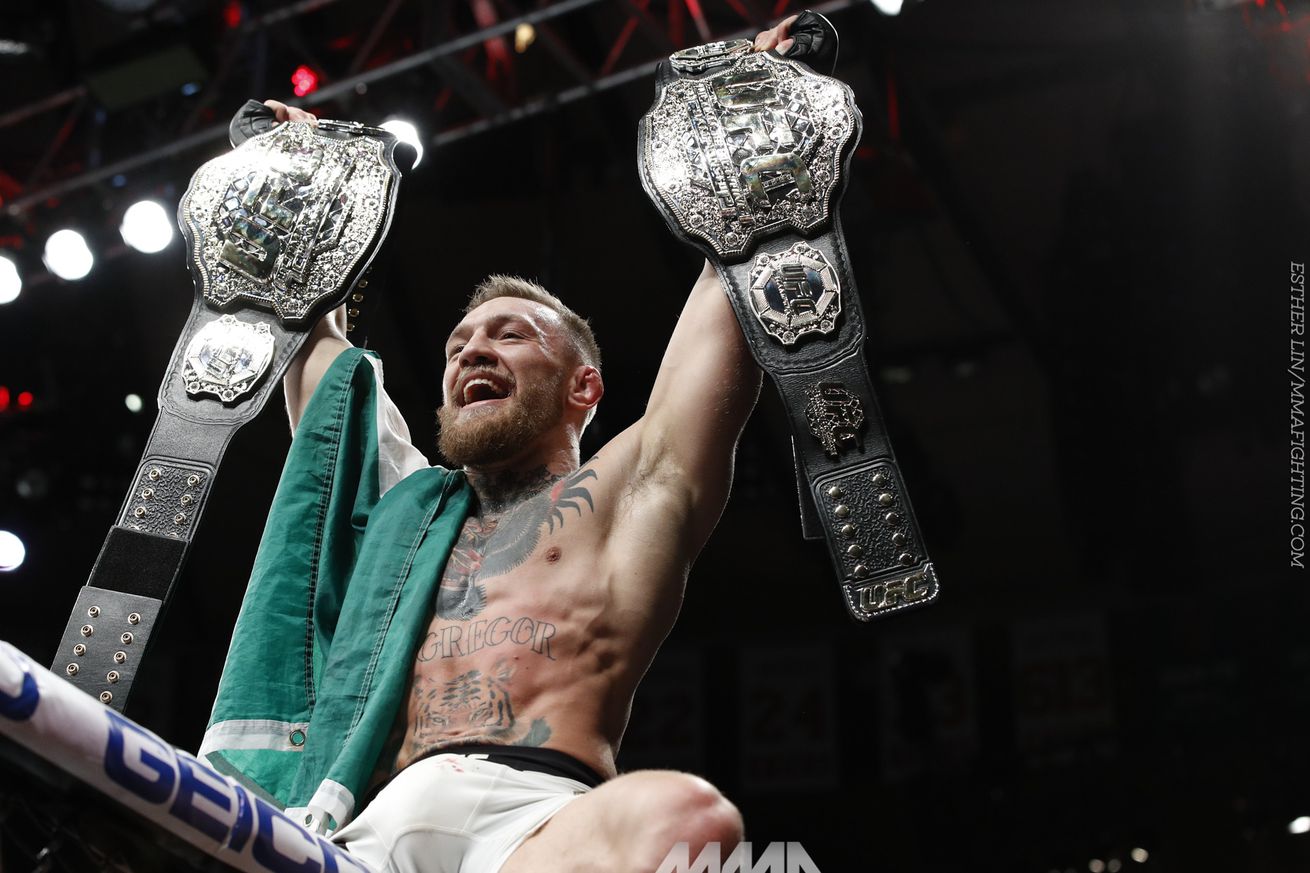 It looks like it’s going to take an army to strip Conor McGregor of his UFC featherweight and lightweight titles.

Last week during the UFC Fight Night 101 broadcast, the UFC announced that Conor McGregor had voluntarily given up his UFC featherweight title, ending his reign as a two-weight world champion. Since, McGregor has remained silent until now.

On Friday, during a Q&A session at The Devenish bar in Belfast, Ireland, McGregor addressed the UFC’s claims that he relinquished his 145-pound title, and said that the featherweight belt is still sitting at home.

“I also have something going on with the UFC, they’re trying to strip me and I was like, ‘Well, I ain’t stripped. I still got that belt, that belt is still at home right now’,” McGregor said. “I’m still the two-way world champion, someone has to come take that from me. I see articles, I see stuff online, but I don’t see the belt not in my presence. The belt is right there, there’s two world titles at my home.

“Eddie [Alvarez] is still unconscious, what do you mean? I only fought last week. Them belts are mine. Whatever they want to say, and they can say, ‘Oh we took the belt and now it’s this guy’s belt,’ you can play with those fake belts all you want. Jose was KO’ed, Eddie was KO’ed, you’re looking at the two-weight world champion and that’s it. I’ll say to the UFC, and I love their company, you’re fooling nobody, you’re fooling nobody with that.

UFC president Dana White explained to Yahoo Sports on Thursday why McGregor no longer had the featherweight title, claiming it was to fix the “logjam” in the division.