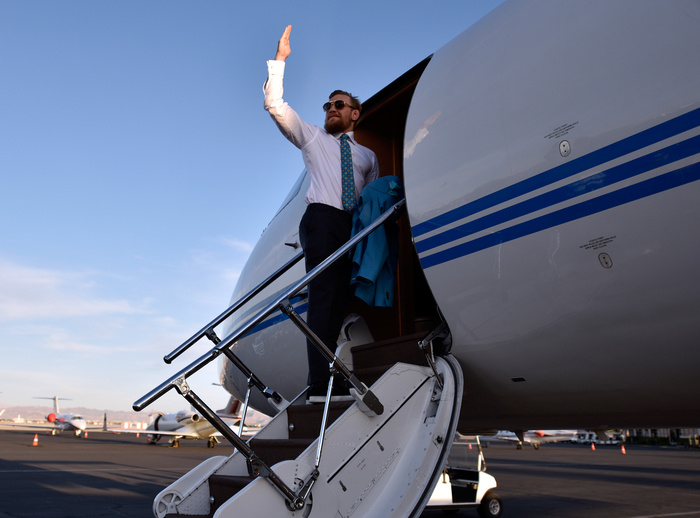 2015 was a banner year for Russian toughness. Aside from a bit of hand-wringing and light sanction-imposing from the west, the country’s aggressive military moves into Ukraine and Syria were met with minimal resistance. Republican presidential candidate Donald Trump, America’s absurdist answer to Russian-style authoritarianism, made headlines by complimenting Russian President Vladimir Putin’s strength during the primary race. And not one but two of America’s former fighting champions, boxer Roy Jones Jr. and mixed martial artist Jeff Monson, became Russian citizens, leaving the compromised west behind for manlier pastures. So you’ll forgive Russia for feeling that it has once again solidified its spot as the center of the world’s two-fisted masculinity.

But now it’s 2016, and apparently waiting for famous fighters from the west to discover the benefits of Russian citizenship just doesn’t cut it anymore. Russian political leaders are now taking a page from their country’s proactive geopolitical strategy and reaching out to recruit their favorite fighters themselves, extolling the virtues of life as a Russian man for those man enough to make their living fighting other men.

During an interview on the Russian radio program Moscow Speaking earlier this week, Dmitry Nosov, a member of Russia’s lower parliamentary house, the State Duma, made a pitch to Conor McGregor urging the UFC featherweight champion and pound-for-pound brightest star in the MMA firmament to drop his beloved Ireland and become a Russian citizen. Nosov, a former judoka who won the bronze medal at the 2004 Olympic Games despite breaking his fucking arm during the third-place fight (hello, Russian roughness), made his play for McGregor with all the savvy of the professional politician and all the exploitative genius of the combat athlete, speaking to McGregor’s well-known respect for strength and power while squeezing the mixed martial right ….View full article