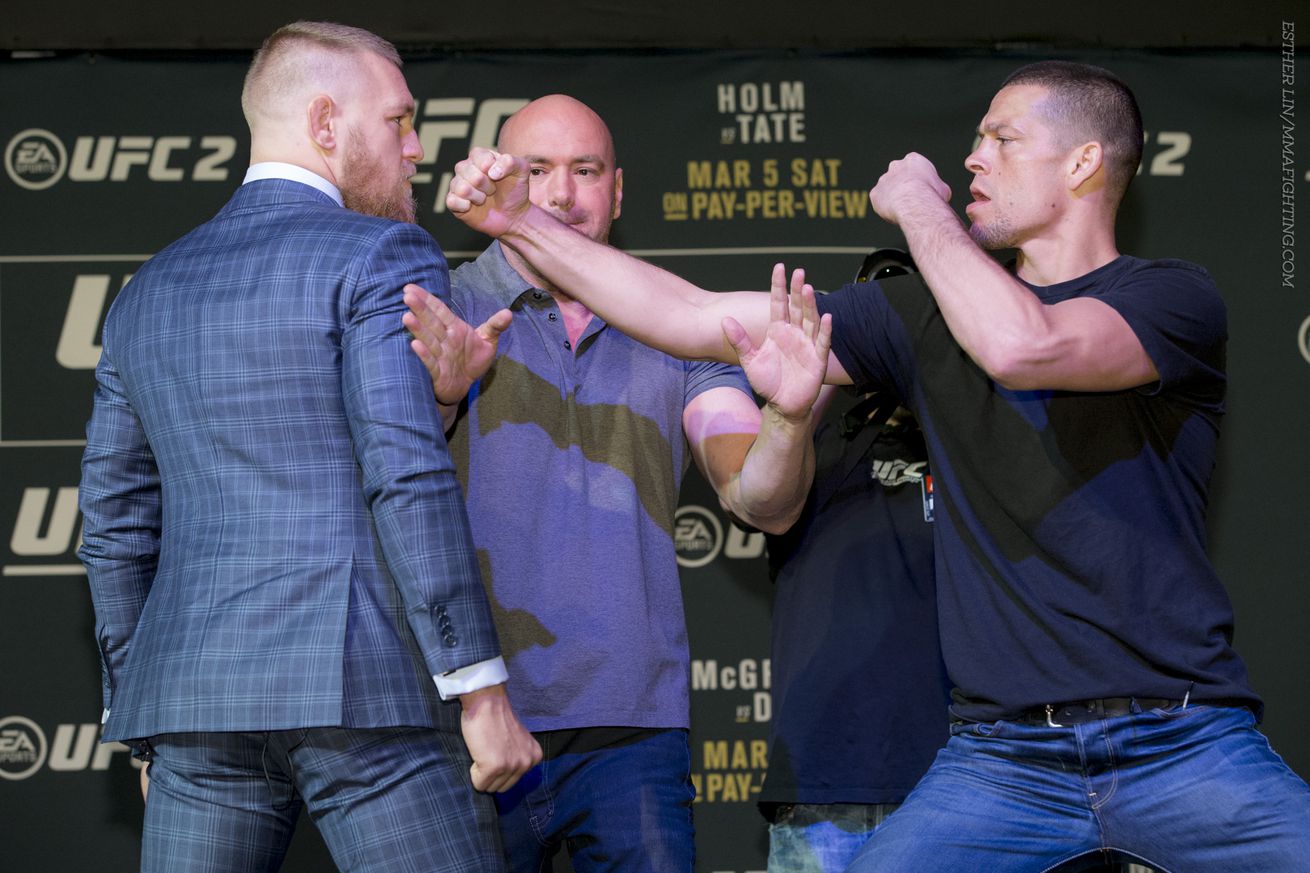 Back in February, in the midst of the hurricane that surrounded UFC 196, Conor McGregor made his prediction against Nate Diaz known from the outset. He was going to knock Diaz out inside the first round and that would be that.

Of course, real life is rarely that simple, and try as he might, McGregor never could put Diaz away in that opening frame. He then went out and promptly suffered his first UFC defeat at the hands of Diaz’s second-round rear-naked choke.

But the failure of UFC 196 did little to change McGregor’s bravado, and the reigning UFC featherweight champion promised to pay Diaz back with his latest prediction for the rematch at UFC 202.

“If I really look at it, he has a solid chin, he’s durable, very experienced, he has the size and the weight on me — I think that was the wrong thing to go and expect (the knockout) in the first round,” McGregor said Friday on a UFC 202 conference call. “And I did go out to KO him in the first round. I can say that. I marched forward and backed him up against the fence and teed off on his head. I did what I said I would do. But respect to him, he stood out, he’s durable, he’s experienced, he weathered the storm.