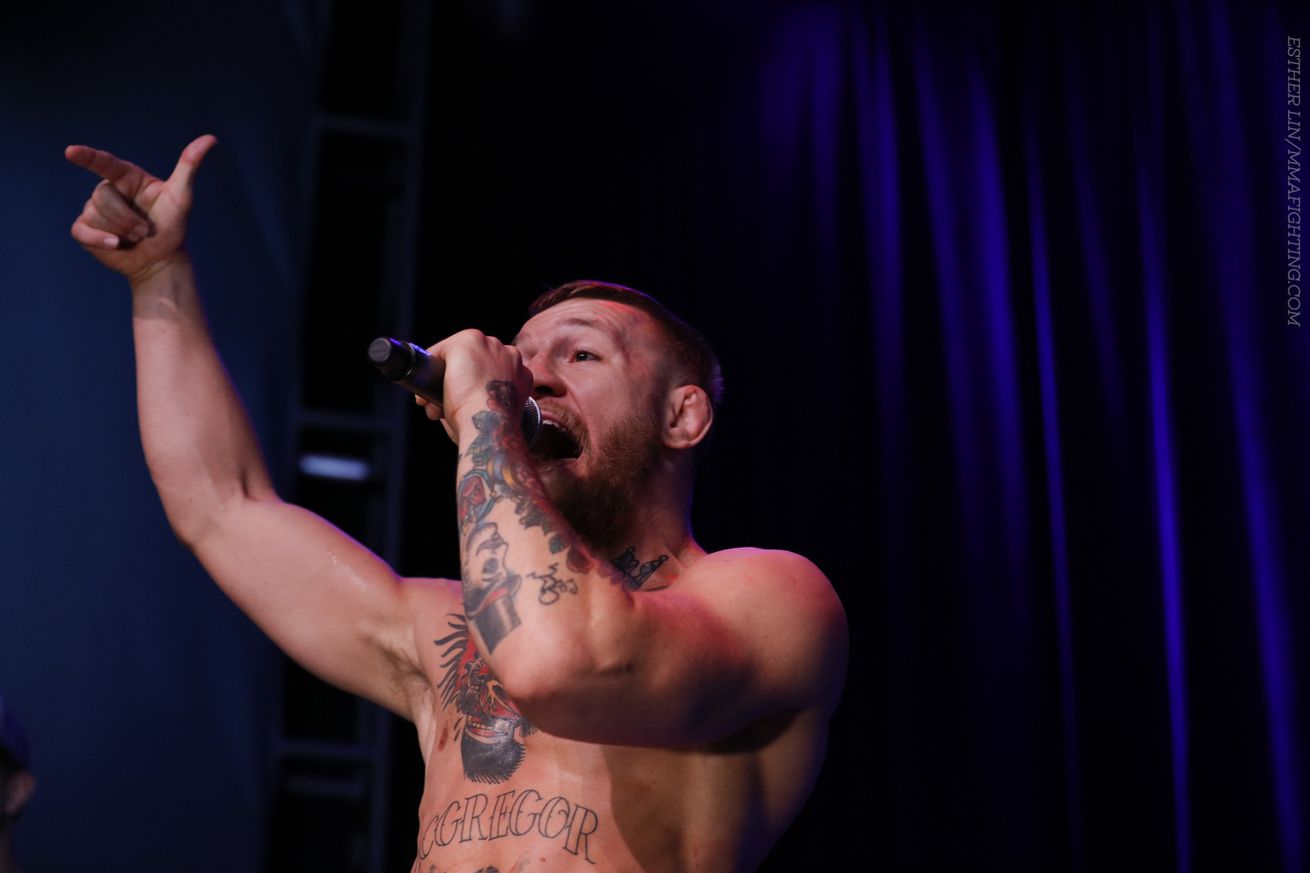 LAS VEGAS — Conor McGregor was not a happy guy Thursday.

One day after a chaotic press conference skirmish, the brash Irishman began his open workout Q&A with a few more f-bombs toward Nate Diaz and his squad.

“F*ck the Diaz brothers,” McGregor said after his workout at Red Rock Resort Spa and Casino. “F*ck those cockroaches.”

McGregor, who meets Diaz in a rematch at UFC 202 on Saturday, also addressed the wild, bottle-throwing altercation that took place Wednesday during the pre-fight press conference. Diaz and his team left the press conference early. Both his team and McGregor’s team threw bottles, among other things, at each other. McGregor himself launched a water bottle and energy drink can toward Team Diaz from the stage.

“Like I said, I was in fear of my life yesterday,” McGregor said. “Bottles were coming flying. I was ducking. It was just self-defense on my part. I don’t know. I was afraid for my life.”

McGregor fell to Diaz at UFC 196 in March by second-round submission. It was the first loss of his UFC run.

Tensions now have reached a fever pitch. Both McGregor and Diaz are facing discipline from the Nevada Athletic Commission after Wednesday’s mayhem. And their respective entourages, with the exception of licensed corner people, have been banned for the rest of the week’s festivities. McGregor didn’t quite follow that ban by having movement coach Ido Portal en tow at workouts Thursday.

It didn’t end up mattering. The Diaz and McGregor workouts were scheduled apart from each other, so the two teams did not intersect. All that was available to throw Thursday were words and McGregor had some very heated ones.