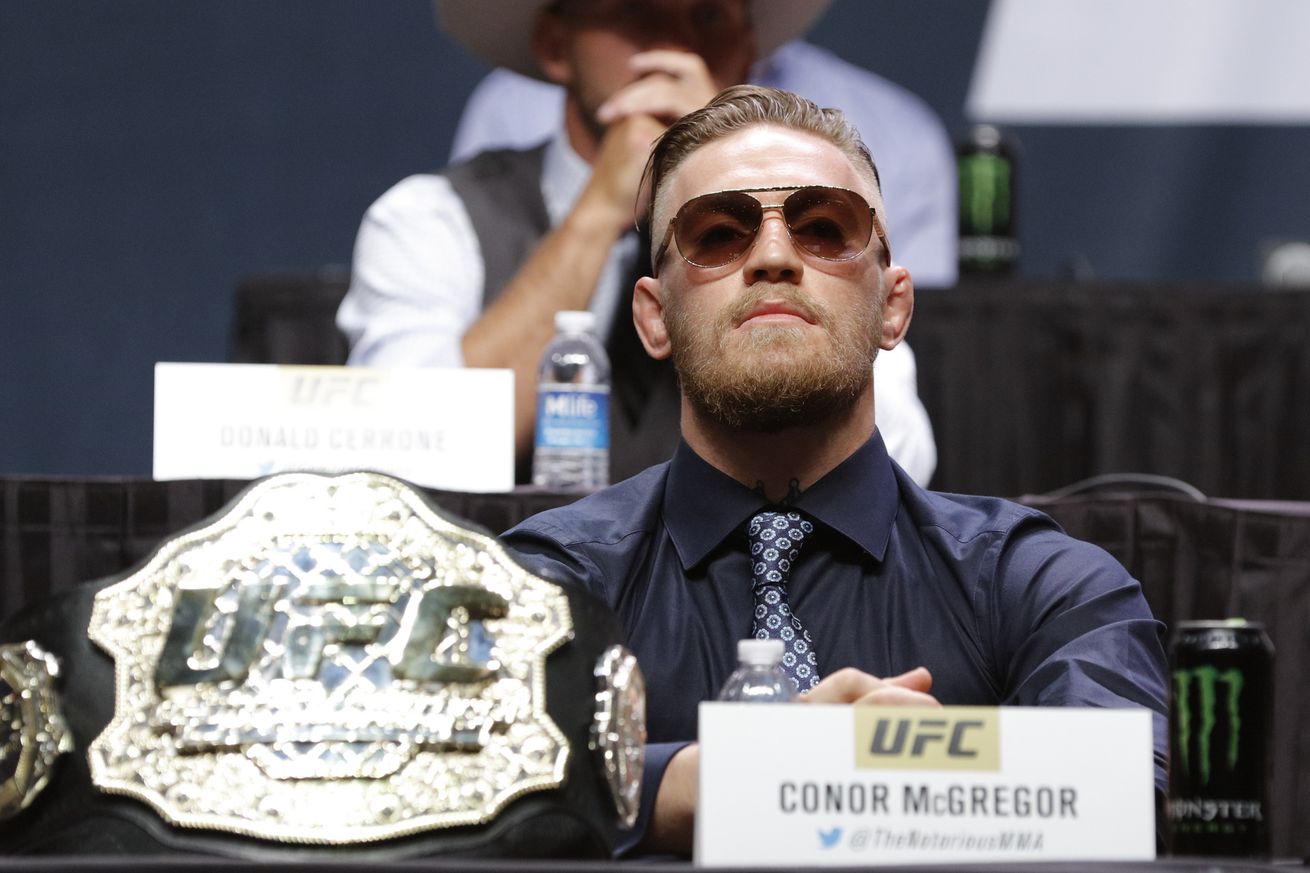 Conor McGregor was a betting favorite over two of the most successful champions in the UFC — Jose Aldo and Rafael dos Anjos — so it’s no surprise that history will repeat itself against Nate Diaz at UFC 196.

McGregor (-350) opened as a near four-to-one favorite over Diaz (+260) in advance of UFC 196’s newly booked welterweight main event, according to Bovada oddsmaker Jimmy Shapiro.

The news followed a whirlwind of activity on Tuesday which saw lightweight champion dos Anjos withdraw from UFC 196 after breaking his foot during his final sparring session, marking the fourth time in eight UFC bouts that McGregor has dealt with a late opponent change.

Several options were considered as a replacement, however with Frankie Edgar injured and Aldo out of shape, Diaz ultimately got the call over fellow lightweight contender Donald Cerrone.

McGregor (19-2) is the reigning UFC featherweight champion. He captured the title with a stunning 13-second knockout of Aldo at UFC 194. Still just 27 years old, McGregor has beaten a slew of names over the course of his run in the featherweight division, including Chad Mendes, Max Holloway, and Dustin Poirier. Eighteen of his 19 professional wins have ended via stoppage.

Diaz (18-10) has fought 21 times inside the UFC since debuting on The Ultimate Fighter 5 in 2007. He holds a 13-8 record over that span, highlighted by victories over Cerrone, Takanori Gomi, Jim Miller, and Gray Maynard. The younger son of Stockton recently scored an upset win over Michael Johnson at UFC on FOX 17 to submit his name back into title contention.

Poll
McGregor vs. Diaz: who wins it?
….View full article