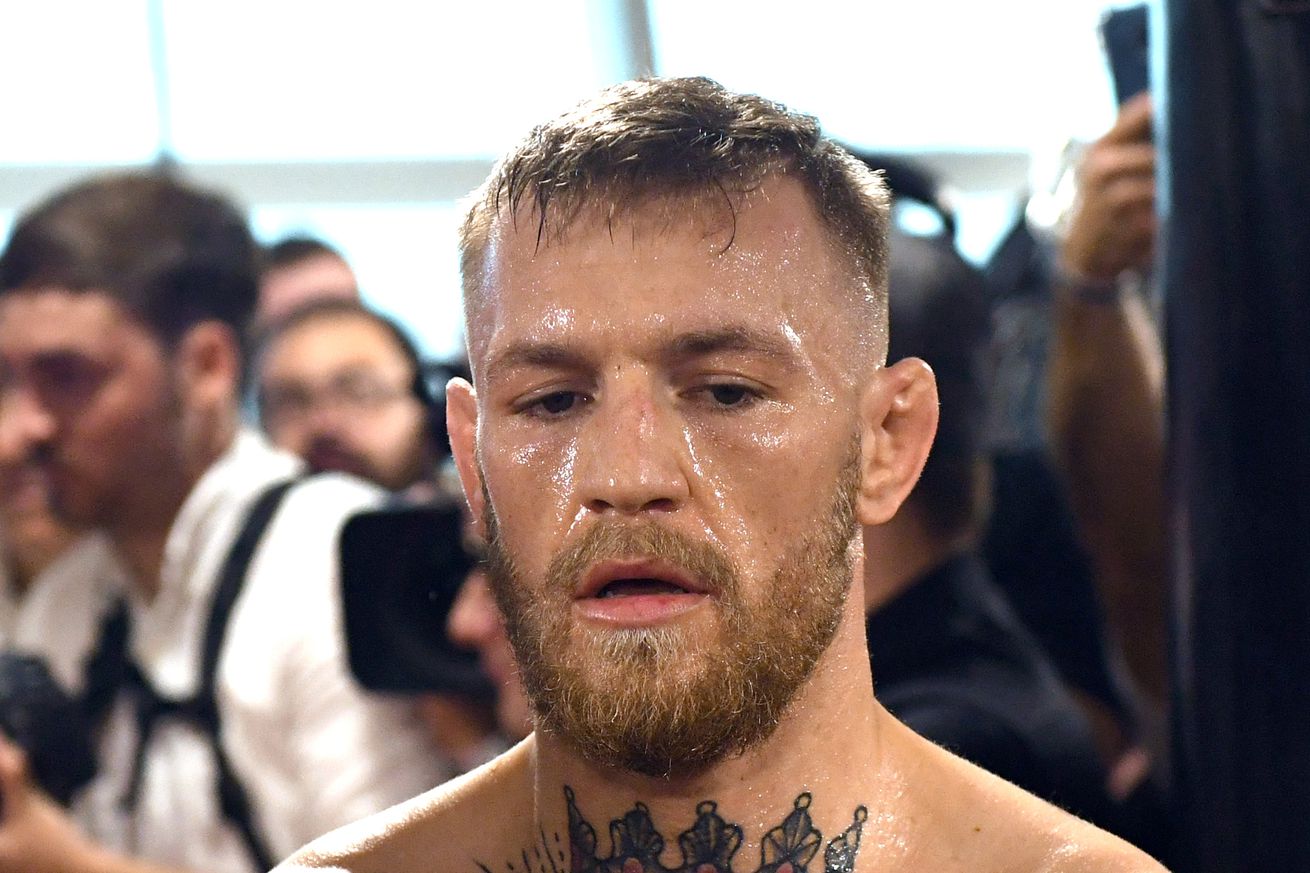 The ongoing feud between Team McGregor and former professional boxing champion Paulie Malignaggi came to a climax earlier tonight (Fri., Aug. 11, 2017) when Conor McGregor opened up about the incident during his open media workout (full replay here) live from inside the UFC Performance Institute in Las Vegas, Nevada.

Remember, Malignaggi joined Team McGregor to help “Notorious” train for his upcoming boxing match with Floyd Mayweather Jr. on Aug. 26 from Las Vegas, Nevada. Unfortunately, Malignaggi had a fallout with McGregor and his camp after a photo was released showing the former boxer down on the canvas. From there, Malignaggi spilled the beans about all the horrible experiences he had while sparring with “Notorious.” Up until now, McGregor hadn’t publicly responded.

“It shows his character in my opinion,” McGregor said of Malginaggi leaving on bad terms. “He was looking for an exit. The spars were not good for him. He took a lot of head trauma. Straight after it we were worried. The sparring partners were actually telling us when he was drove back to the home he was stumbling out of the car after the 12-rounder.

“He was knocked down. He was flattened against the ropes. Multiple times the ropes kept him on his feet. We were worried about him. We thought the worst was happening. He was certainly badly concussed.

“And then he just got out of there and went running. I don’t know, I don’t mind Paulie. He came in. He spoke a hell of a game previously. Very disrespectful to the skill set. Very disrespectful to the discipline. But no matter what a man says, if they shows up and tries to answer that and tries their best you have to give respect. And that’s what happened. He showed up and tried his best. It didn’t go his way, he got his ass whooped. He got his pride dented and then he wanted a way out.”

But what about the leaked images that started this entire mess? According to McGregor, he had nothing to do with it, instead opting to post just one single picture.

They say I’ve got no hands.

Until the actual sparring footage is released and settles this back-and-forth dispute, fight fans will continue to wonder what really happened between McGregor and Malignaggi. Whichever side of the story rings true, it won’t really help or hurt McGregor’s chances against Mayweather on Aug 26.