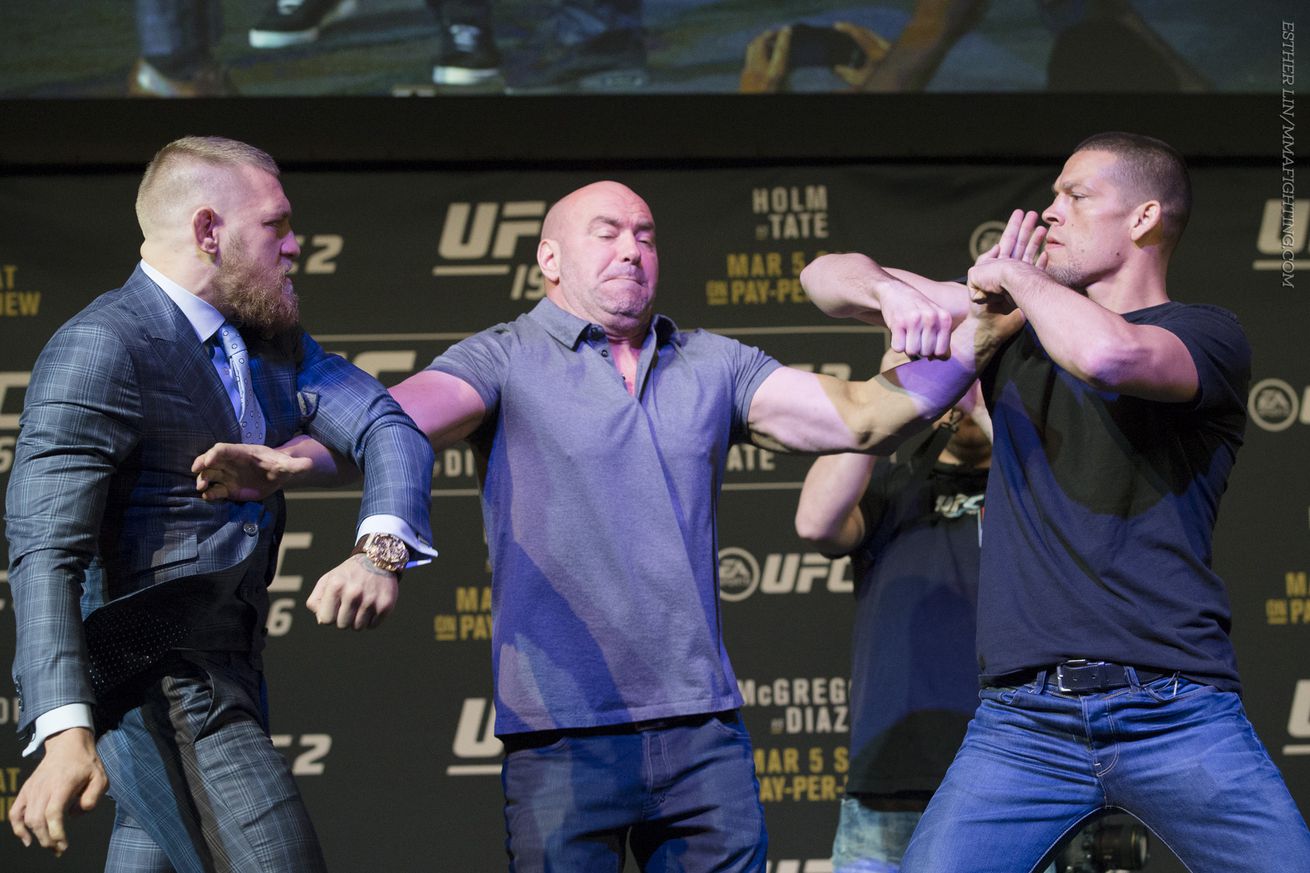 No one in the fight game travels quite like Conor McGregor. That much is inarguable. Over the past few years, the boisterous contingent of Irish fans flocking to Las Vegas to support their countryman has been one of the staples of a McGregor fight week, often giving the UFC featherweight champion a sense of fighting on home soil even while thousands of miles away from his native Ireland.

However, McGregor anticipates a different sort of environment to greet him in Las Vegas on Aug. 20, when he finally collides against Nate Diaz in a welterweight non-title rematch at UFC 202.

McGregor’s head coach John Kavanagh echoed a similar sentiment in a separate interview Monday on The MMA Hour, and both men pointed to several reasons why the Irish contingent could be smaller at UFC 202 than for past McGregor fights.

Chief among those reasons is the simple fact that many of those fans made the trip out to Las Vegas in July for UFC 200, an event which McGregor was scheduled to headline before the UFC pulled him off the card due to disagreements over media requirements.

Add that to the fact that this is a busy time of year for European sports travel — between the UEFA European Championships and the Olympics — and McGregor admitted he would not be surprised if Diaz’s already sizable fanbase ends up heavily outnumbering the McGregor faithful inside of the T-Mobile Arena, especially considering the expense of repeated trips ….View full article