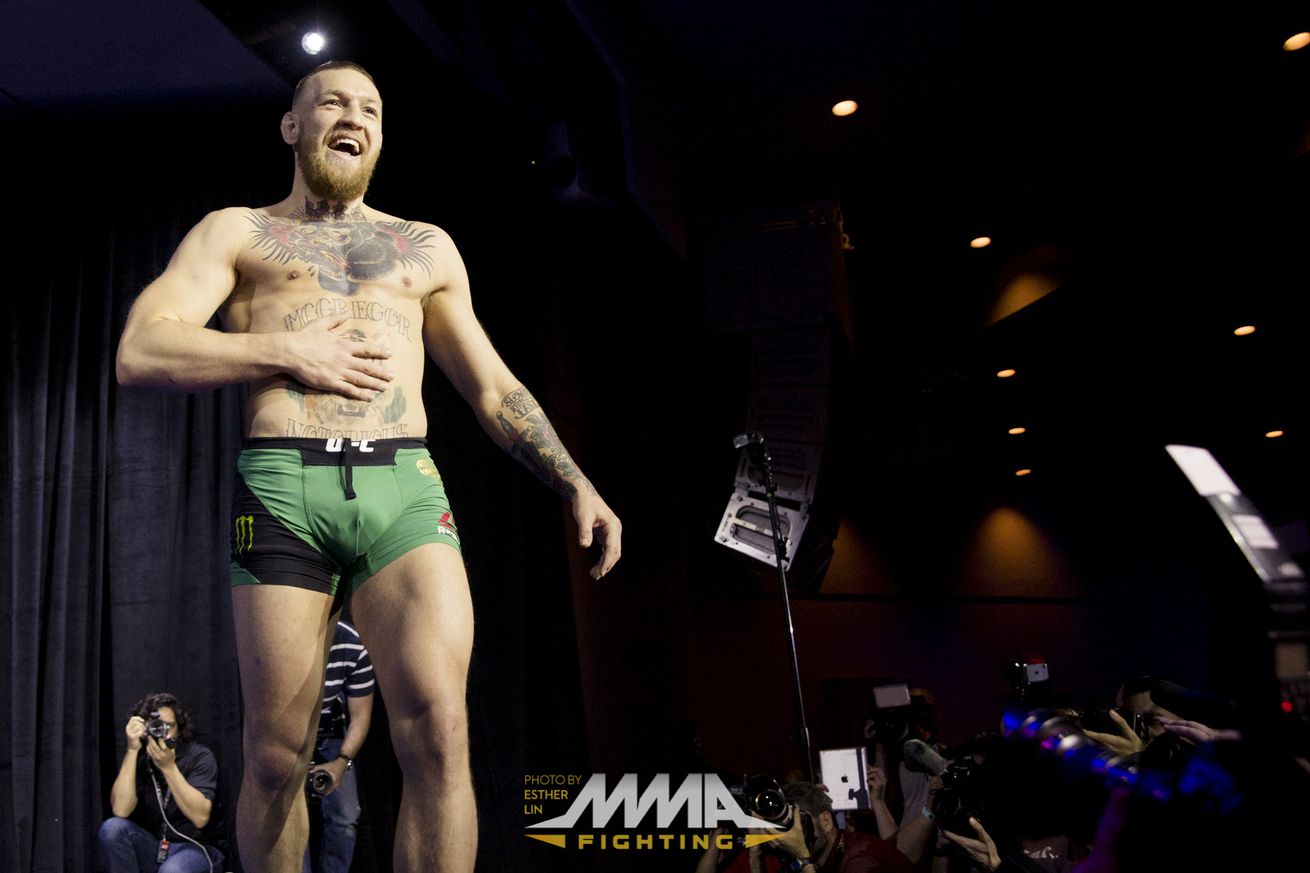 LAS VEGAS — Will the real Nate Diaz please stand up?

Conor McGregor said he has seen a different Diaz over the last week since their fight has been booked — not the same guy who called him out back in December.

“I think it’s as clear as day,” McGregor said Wednesday at open workouts. “He’s not himself. He’s timid, his voice is quivering. It’s a different Nate there, but I still have respect for him. But again, ring the bell, I’m coming out fast. … That’s it, his head is coming off. It’s as simple as that.”

McGregor said he didn’t get the Diaz he thought he would last week at a press conference at UFC Gym in Los Angeles. It wasn’t what the brash Irishman was expecting out of the Stockton tough.

“He has that swagger about him [usually], he’s gonna do this, he’s gonna do that,” McGregor said. “He done nothing. He just sat there and quivered. That’s what he done. And he looked at [his brother] Nick every two seconds.”

McGregor and Diaz will face off Saturday in the main event of UFC 196 here at MGM Grand. That wasn’t the initial plan. McGregor, the UFC featherweight champion, was supposed to fight at lightweight against champion Rafael dos Anjos in an attempt to become a two-division champion. But dos Anjos pulled out 11 days out of the fight due to a broken foot.

One of the reasons McGregor wanted to fight Diaz after dos Anjos got hurt was an expletive-filled rant Diaz had after his win over Michael Johnson at UFC on FOX 17 in December. Diaz called McGregor out, said he was taking money out of his pocket and said that he would be the next big-money fight for McGregor.

“He shouldn’t have said anything,” McGregor said. ….View full article