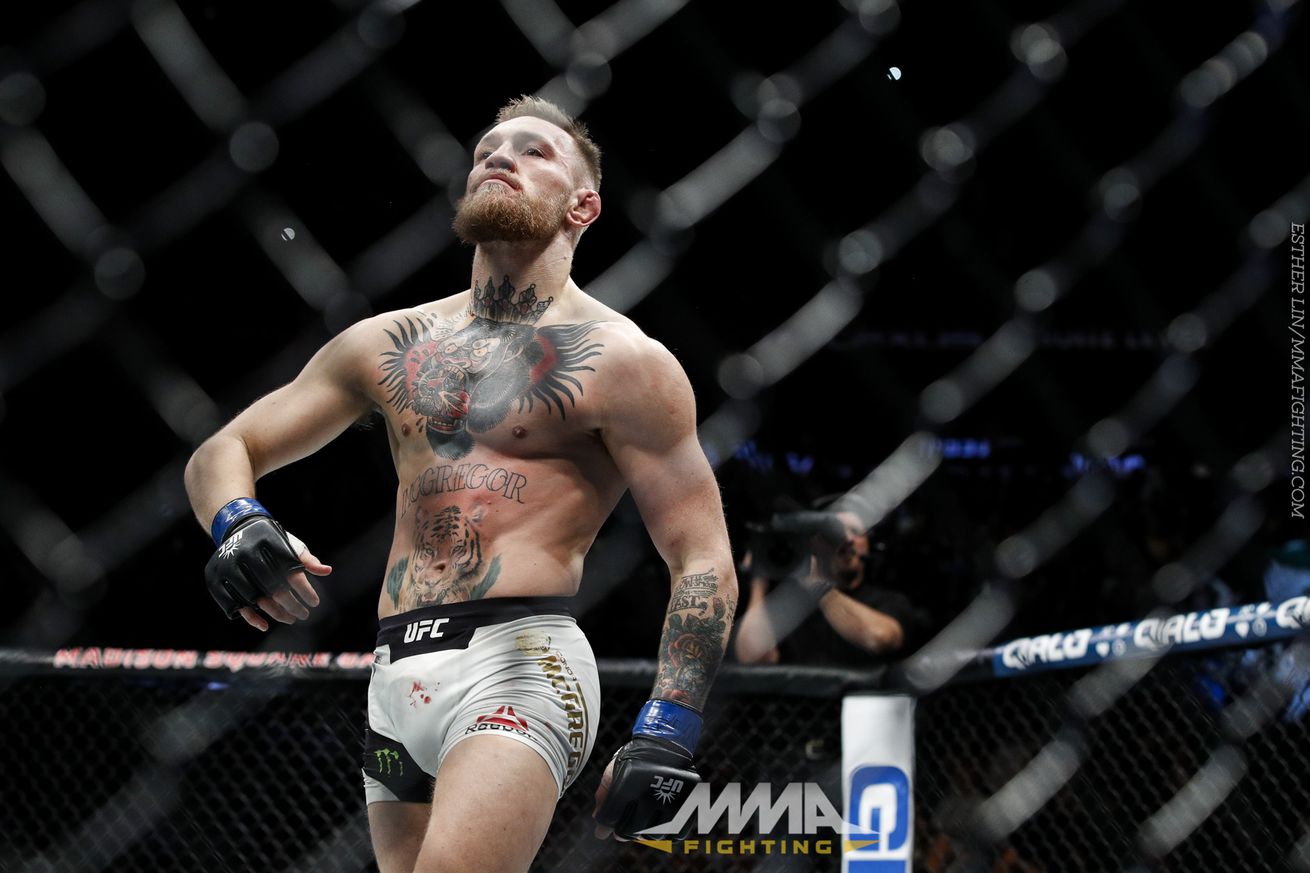 Vince McMahon has been performing the “billionaire strut” for years in his capacity as CEO of the WWE. But only recently did his trademark walk transcend into pop culture, and that was largely due to the success of Conor McGregor.

Athletes all over the world were seen doing the “billionaire strut” in the aftermath of McGregor’s historic victory over Eddie Alvarez last year at UFC 205 — and don’t think McGregor didn’t take notice.

“I’m thinking Vince McMahon must be pissed,” McGregor said last weekend in Manchester. “I don’t give a f*ck about Vince McMahon. I stole that walk, and that walk is now mine. And not Vince, or any of those p*ssies over at the WWE will do anything about it. That’s my walk. I created that walk. I made that walk.”

McGregor performed the “billionaire strut” during his entrance for both UFC 202 and UFC 205, but it was the latter performance that really made the cocksure walk catch fire in the sporting world.

From the NBA to the NFL to professional soccer, a slew of top athletes were caught on video borrowing the Irishman’s style. Even McGregor was blown away by how big the trend got.

“It’s a beautiful time for me and the fight game. We’re finally being recognized for what we do. It’s a dangerous, dangerous business. I’ve witnessed everything in the game. I’ve witnessed the lowest of the lows, the highest of the highs. So I’m just happy that we are right now on the very pinnacle, and everyone is respecting us and showing us the love that we deserve.”

McGregor, of course, is no stranger to the world of professional wrestling. The reigning UFC lightweight champion has admitted to being a fan in his younger days, and also ignited a minor furor in mid-2016 when he took aim at the WWE, calling its athletes a bunch of “messed up p*ssies,” then doubling down on the criticism once numerous past and present WWE stars challenged McGregor to a fight.

Nonetheless, it’s no secret that the worlds of the WWE and UFC sometimes collide, and McGregor played coy when asked whether an upcoming cameo at WrestleMania was in the cards for 2017, much in the vein of Ronda Rousey’s memorable appearance in 2015 alongside The Rock.